Separated by a drystone wall from cervine Lyme Park (see Pitchcare 77), the golf course at Shrigley Hall Hotel and Spa has a taxing pest problem: its resident deer herd enjoys rolling in sand. Jake Barrow headed to Cheshire's 'Golden Triangle' to meet the new team headed up by Ben Evans. 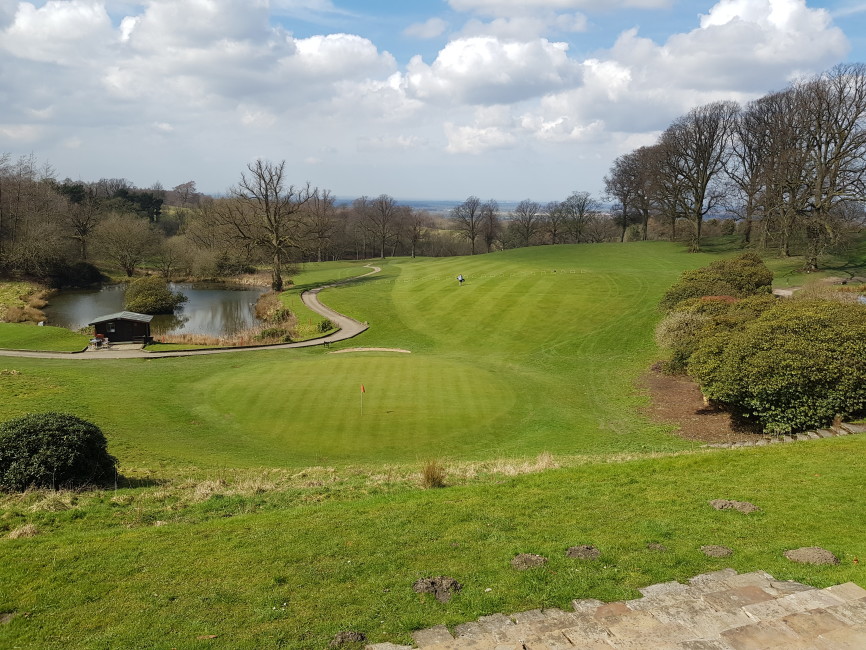 Ben Evans, 27, leads the team at Shrigley's golf course, which is just at the eastern edge of Cheshire's famous 'Golden Triangle'. Whilst perhaps most notable for being home to hyper‐rich footballers and media personalities, the area is also one of Greater Manchester's most rural zones.

And when rural areas contain wildlife-friendly features like those found on a picturesque golf course ‐ wooded areas, ponds, abundant grass and pits of clean sand − golfing pests will flock to them.

Jumping that drystone wall daily is a dozens‐strong herd of deer, including an alpha stag. At the higher sections of the course, doe like to roll around in the bunkers and stamp their hooves, whilst the stag sometimes even ruts against the bunkers' lips, causing superficial damage.

One of the staff, assistant greenkeeper Nick Swift, 50, said: "I heard somewhere that they like to 'wipe' their hooves and fur against the sand to get rid of ticks."

Ben has been the head greenkeeper at the 18‐hole course (plus their novel little six‐hole par‐3 section) for just eight months.

He was joined even later ‐ only a few weeks before being interviewed ‐ by most of the five-man staff. They appear to be getting on well for a team so newly gathered.

The only long‐serving member is 65‐year‐old assistant greenkeeper Nick Casson. Nick works only during the summers, and is considering making this his final year, in line with the usual retirement age. 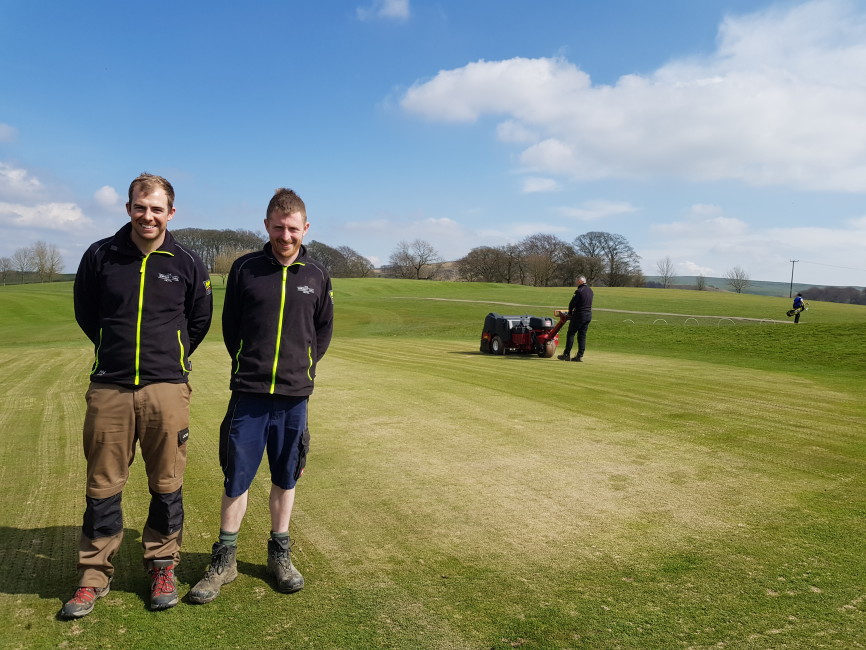 Adrian McCullough (left) with Ben Evans ... and Nick Swift behind the ProCore

The deputy, Adrian McCullough, also 27, is a knowledgeable young greenkeeper like Ben, and Ben feels he is also ready to take up a head greenkeeping position as soon as one arises.

Adrian is originally from Northern Ireland and, after meeting an English woman during his studies in Preston, he moved permanently and married her. His employment history includes the new JCB golf course.

The other members are: apprentice greenkeeper Daniel Barlow, 18; and the dry‐ humoured assistant greenkeeper Nick S., quoted above.

Those deer are accompanied by plenty of badgers, but as the badgers are protected and the deer are more of a crowd‐pleaser than a hindrance, the team generally prefers to leave both alone.

Whilst the locals are wealthy, golf memberships are cheap, and contribute just a small fraction to the coffers at the club. Most of the funds are provided by visitors, and the golf course serves as something of a loss‐leader; a nice addition to the package for those enjoying the hotel and spa.

This means the budget is tighter than at most private members' courses (here, the course is not owned by the members), but the club was recently taken over by a new, pro-investment manager.

He, along with keeping plenty of staff, opted for a new fleet of machinery last year, and the Toro kit is a welcome relief to Ben, having spent the first part of his tenure almost exclusively hand‐mowing, to prevent the issues which come from cutting with blunt blades.

"I think the Toro kit is the best available. It's very good. I think they're the easiest to maintain, and I'm used to them, because they had them at my old club, Wilmslow." 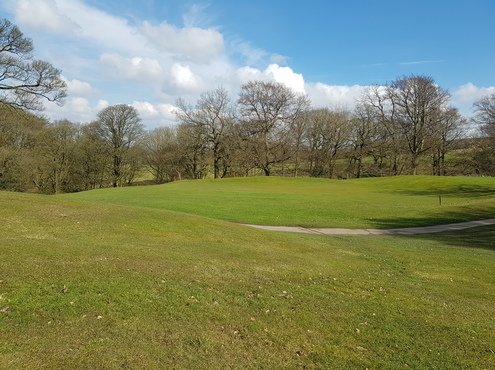 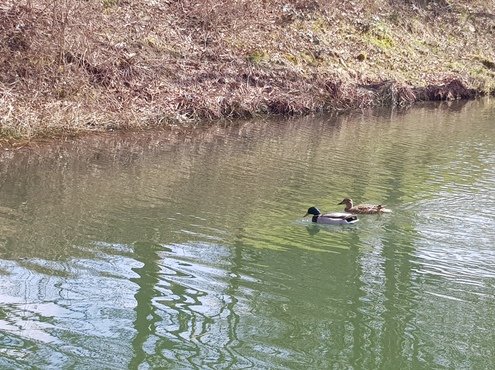 Shrigley's golf course is little over twenty years old, but the greens are of a push‐up construction and contain a lot of thatch.

To tackle this, much of their aeration and scarification equipment must be rented, as the budget doesn't stretch to non‐essential machinery.

They hire a Toro ProCore about six‐to-eight times per year and hit every green, and they also have a few more basic tools for aeration.

They solid tine most often, and have their own verti‐draining attachment, which they have time to use about once per month. They will also be star‐slitting all greens weekly during the summer.

Whist the course is so young, the hall itself was built in 1825, as Blackburn MP William Turner's Regency‐style replacement for one he had bought and demolished in the same location.

This original hall stood at least 700 years ago, and takes its name from the founding De Shrigley family, and has been transferred between bloodlines by marriage multiple times since.

Immediately next door (now joined by a walkway) is a chapel, which was supposedly built by the trainee monks who originally inhabited it. It is apparently made from local sandstone rubble.

These boys were educated in the chapel, and there were up to 200 at a time. The Salesian Order, a proselytising missionary order, were behind this, and had bought the estate for £3000 during the late interwar period. 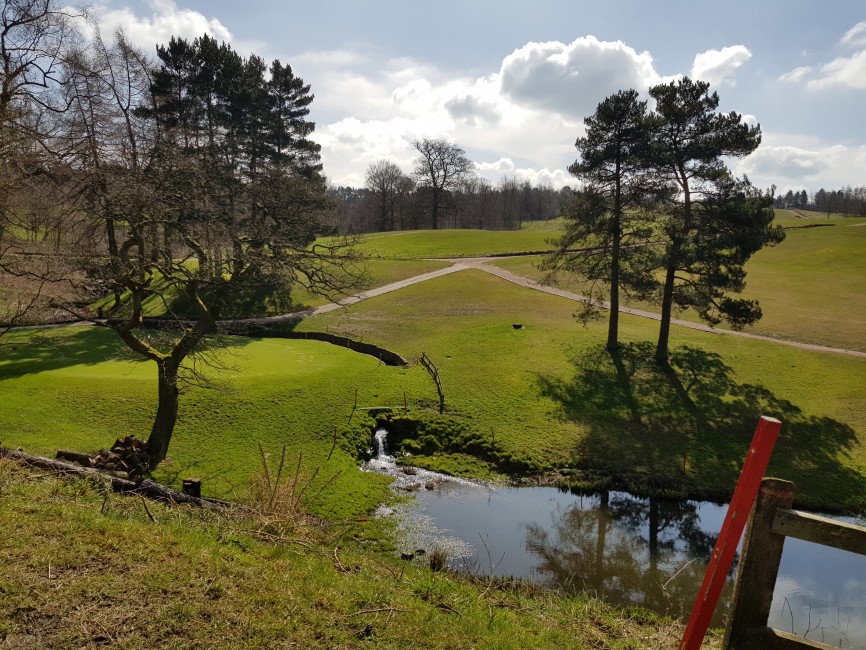 The hotel and spa complex, plus the golf course, is currently owned by a small, independent company, having previously been run by several large hotel chains. It is for this reason that, since 1994, the main sources of income for the company have been from other sections of the business.

It lies in north Cheshire, with other courses of significant renown, and the area is frequented by golf tourists to courses such as Ben's previous employer, Wilmslow, and the respected Mere Golf Club.

Steve Oultram at Wilmslow has been a major influence on Ben's career, and he feels grateful to have a mentor still working so close to him.

Including working with Steve, Ben has had some impressive experience, including the successful Ohio State University 'The Ohio Program' or 'TOP', which sends ambitious young UK‐based greenkeepers to undertake beneficial internships on the best of US golf courses.

He was sent to the States for a full year, for spells at PGA stalwarts Hyde Park Golf and Country Club in Cincinnati and The Player's Course at Sawgrass.

Ben said: "It was crazy during the tournament. If I had to describe it briefly, I'd say it was false. They have a false way of doing things out there."

"It was a great experience having all those crowds. I enjoyed it. I mowed the approaches on the back‐nine in the lead‐up to the tournament. I wasn't too scared when watching the tournament on TV. Even if there are problems on the course, the TV hides it."

On his first appointment as head greenkeeper, he said: "I'm liking the change. It's been difficult as a learning process, mainly when managing myself. I can get ahead of myself sometimes, but I enjoy how very different it is."

Adrian, the deputy, said: "This is my first time as a deputy too. When Ben isn't here, it's all down to me. It's an extra responsibility managing staff and being relied upon to step in." 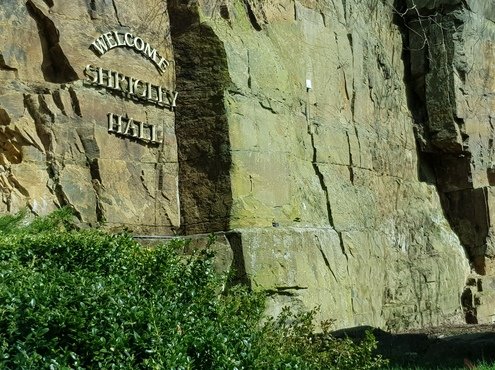 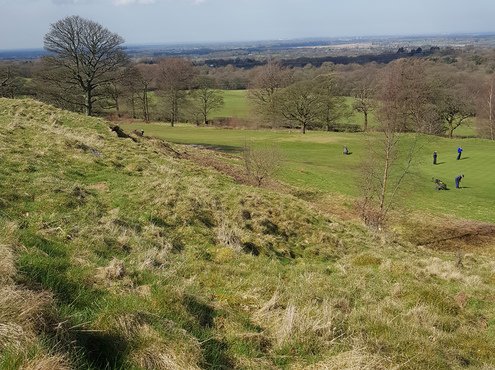 "I need to learn how to carry out what Ben's doing, which is what I have to focus on and learn. It's easy growing grass. Managing people is harder. That's the toughest part, I feel."

Adrian also took part in The Ohio Program, after which he worked in Surrey, and eventually made his way to northern England and his first management position.

"I was involved in the new JCB golf course for around two years," he said, "and the deputy head position came up here, which was something that I jumped at. It felt like the right time."

We started to talk about the differences between a private members' course and the hotel and spa complex environment.

Ben said: "It's very different for us, because the golf side of the business is not where they earn their money. It's an aside. Previously, before the current owners, they had never spent money on this."

"Since the new owner, the investment has started. But, in many ways, it's good that the only focus here isn't on the golf, because we're left to our own devices up here and have autonomy."

"It's good not having to answer to a committee. We have John, the general manager, and Tim, the golf manager, who let us carry on as we need to, which makes our job 100‐times easier."

On the course, he said: "It's a hilly parkland course. It's relatively dry. There are some good holes, and it's challenging for the golfers due to the cambered lies."

"It's somewhat challenging for us too as, at 262 acres, it's a massive site. But, where some other people have to deal with ninety‐odd bunkers, we only have to deal with twenty. That takes a load of work off us." 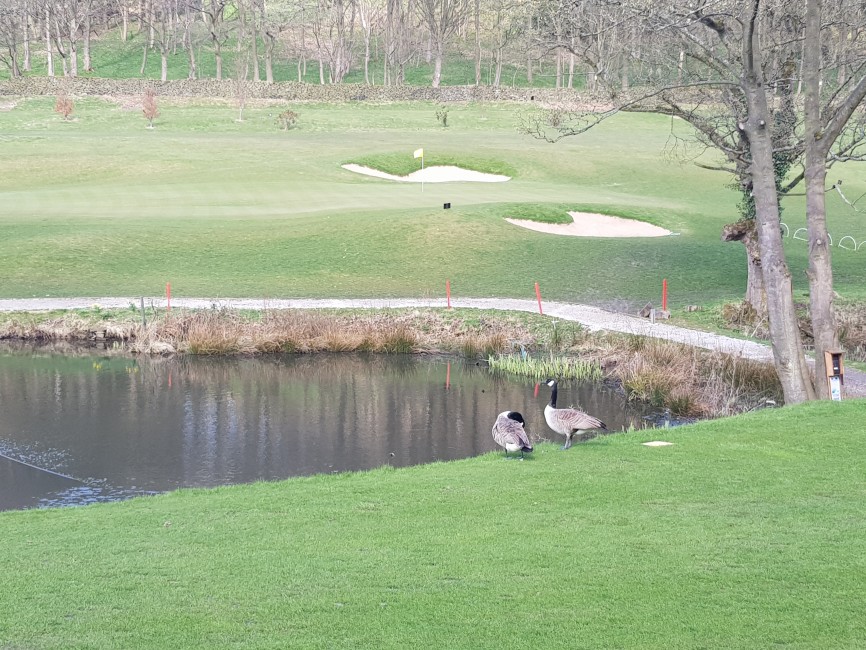 "I've just got my chainsaw licence, as Adrian already had done, and we'd like to do some forestry work in the coming winter, but that can only happen now we've got a lot of staff again. The past few years, the staff has been smaller during the winters."

Ben said he tries not to spray fungicides unless forced to. They "dropped the ball a bit in 2017", as he puts it, and needed to spray, but don't expect to have to for a while.

A big part of this, naturally, is keeping the greens dry. The team said they brush for dew most mornings, which is so important if one has the time.

They also aid this effort by laying down half a bag of Pitchcare's Sports Sand on each green, roughly every three weeks through the winter.

The team also uses fertiliser from Pitchcare ‐ Porthcawl Liquid Organic ‐ which is made from bovine extract, seaweed and iron, which offers dual‐use as a turf hardener in autumn.

Products like hardeners have additional efficacy on surfaces like Shrigley's, where Ben said: "The greens are all completely different, although mostly based on clay."

"They're inconsistent. They get quite sandy below the thatch, but there's no drainage underneath. They drain well, mainly because we're laid out on a hillside, so the water runs away into the valley."

Ben stressed the understanding nature of the members, saying: "They expect very little, in that they trust that we'll do a good enough job.

They're happy to have a surface they can actually play on at the moment, as so many courses around have been unplayable." 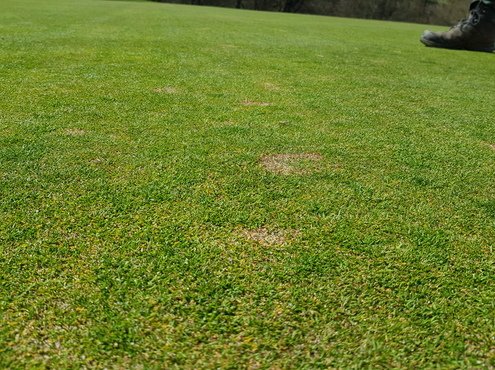 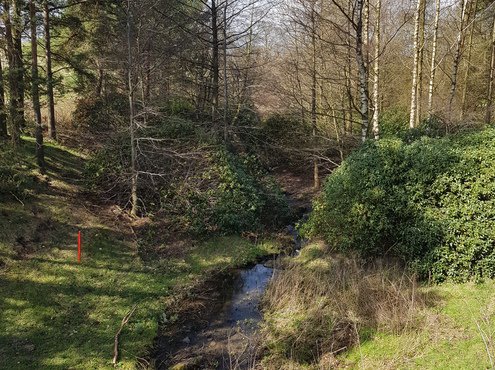 "Like anywhere, there's the odd negative comment, but they're very positive in general. They have their own little pot of money and bought us a roller out of those funds."

"They also help us. We have a member party every Wednesday, when three-or-four members will help out around the course. There's good interaction."

Some greens at the bottom of the course are fully shaded, and there is one which is susceptible to disease. Ben is soon going to remove the trees between it and the morning sun. The team sometimes sprays just that green for disease, and it is always the first one they brush for dew.

This isn't helped by the altitude of the course, and Ben told me their course is usually a good couple of degrees colder than those close by. They've discovered they get slightly more rain than the local weather station does ‐ and this in the notoriously wet Greater Manchester/North Cheshire area.

"I haven't been around long enough to notice the weather being different to when I was little. I may have a recollection of a time when there were strong seasons, but I may just be looking back through rose-tinted glasses."

Nick S. added: "I've noticed that change over time. Now, it rains in summer a lot. There was a summer when it never rained; 1976. None of you lot will remember that, though…" 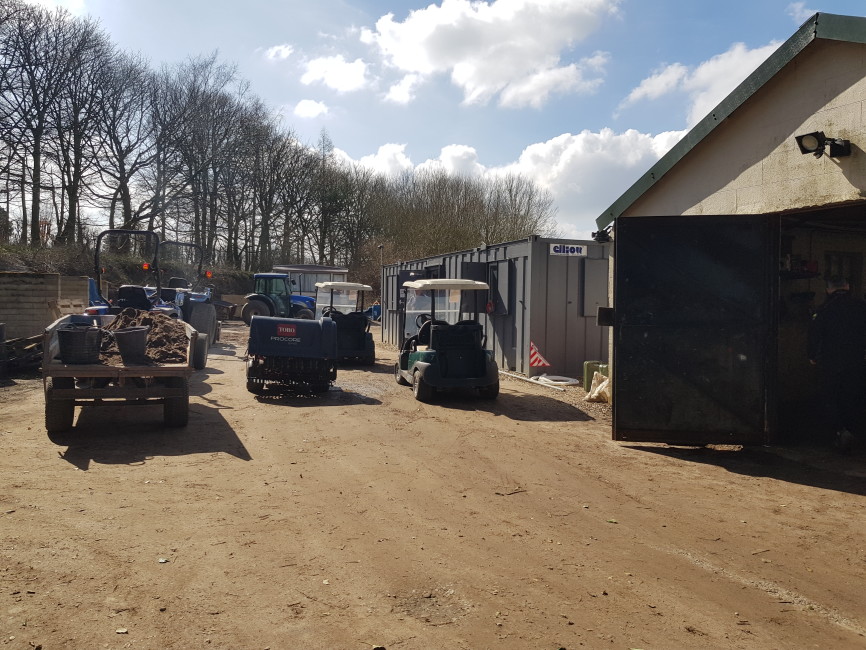 The above machines are all new