Leaf collection was once a three-man job but is now a one-man job according to Mark Jaques, deputy head greenkeeper at Gillingham Golf Club - thanks to the SISIS Litamina 1200. 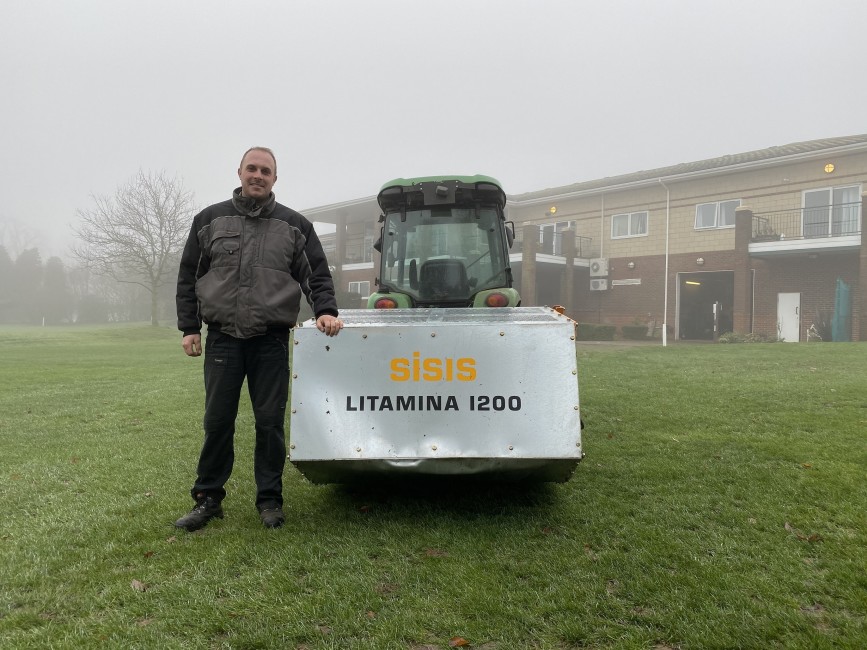 Gillingham Golf Club has been situated in Medway, Kent for well over a century. Originally constructed and owned by the army, the course was upgraded in the 1990s and presents a challenge for golfers of all levels. It is a short parkland course boasting some of the fastest greens in the area and is lined with a substantial number of trees - which can cause a problem.

"Due to the sheer number of trees, we have to constantly keep on top of the fallen leaves - hence the reason we bought the Litamina 1200," said Mark.

Mark has been at the club for three years and admits that this year has, unsurprisingly, been the most challenging.

"It has been a tough year. We lost a couple of greenkeepers due to the financial restraints of the pandemic and we are now currently down to three members of staff. On top of that, because no golf has been played, the members came back expecting the course to be in the best condition ever. With reduced manpower we had to work hard and make sure it was perfect. Every member of staff, every single piece of equipment and every single product needed to be at its absolute best.

"I would say that the Litamina has been absolutely vital - transformed the way we work in fact."

Before the SISIS Litamina, Mark and the team used a tractor mounted leaf blower, in which they would blow the fallen leaves from one end of the course to another.

" It was a three-man operation and if the wind were to blow in a different direction, then we would find ourselves constantly blowing leaves around the whole course," he said. "It was so time consuming and with three members of staff there was no way we could continue doing this."

Mark claims that he knew the Litamina was the machine he needed straight away because he used one in a previous greenkeeping role. A demonstration was quickly arranged, and he purchased it on the spot. 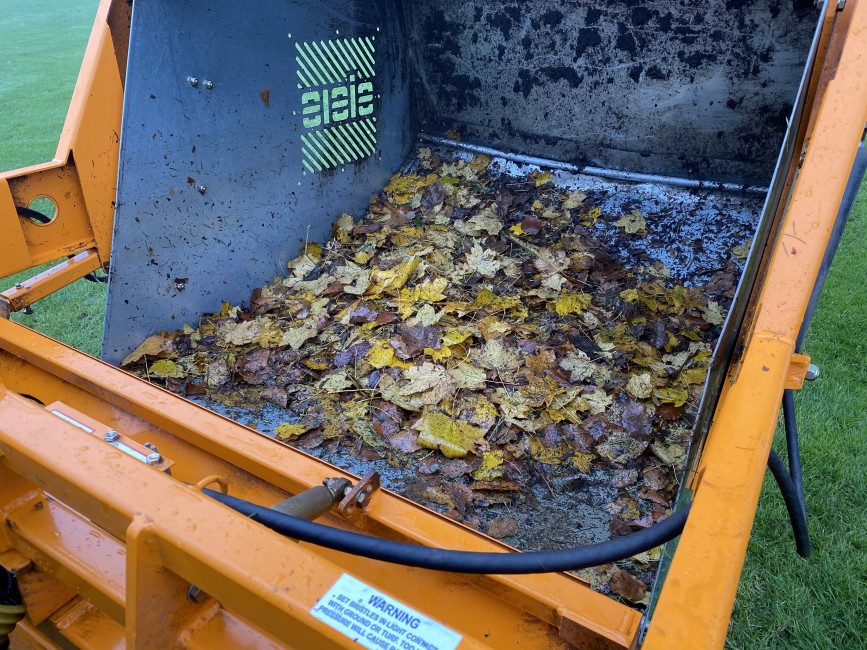 The SISIS Litamina 1200 is a compact sweeper for efficient collection for unwanted debris or leaves from fine turf and outfield turf, and from sand filled or rubber crumb synthetic surfaces. Ideally suited to follow ground contours it collects a wide range of debris including leaves, pine needles, grass, thatch, cores, litter and its effective sweeping brushes help to keep surfaces free of contamination.

"Thanks to the Litamina, leaf collecting is now a one-man job - it sweeps and picks them up in one pass. We then move them into the woods where they become compost and will be used for soil one day," he said. "The Litamina will be out daily at the moment because the leaves are constantly falling; so, one day a member of staff will clear half of the course and the next day he will clear the remaining half - and then so on. Those leaves won't be seen again.

"The manpower it has saved us has been golden," continued Mark. "It really does free up so much time and enables us to get on with other important maintenance tasks and as a small team that is invaluable.

"I like the brush on it too and you can see how it lifts the grasses up - we actually use it as an opportunity to go behind with a mower. This, for me, is an added benefit as it helps with presentation. I would say that the course is the tidiest it has ever been and it hasn't gone un-noticed by the members - a lot of them comment on how easy it is to find balls now!

"It is also extremely easy to assemble on to the back of our tractor and because it is manufactured by SISIS you know it is going to be reliable. The Litamina offers a certain peace of mind - at the end of the day, the leaves don't stop falling and we need to be on top of that to keep the members happy."

For further information or a no-obligation demonstration, please contact SISIS on 01332 824 777 or visit www.sisis.com