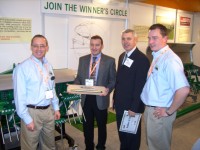 Two recognition awards for outstanding performance during 2007 were handed out by JSM Distribution during the recent BTME show in Harrogate.

Dave Maidment of C&O Tractors received the award for 'Sales Achievement', recognising his personal performance with the Soil Reliever range.

David Cole (JSM Distribution) commented, 'We have just completed an excellent year with the Soil Reliever range, so it is fitting that we recognise the excellent performance within our dealer network. We hadn't previously announced our intention so it came as a surprise to our worthy recipients. However, the cat is out of the bag now for 2008'. 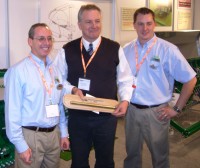