Amid the spending spree since Qatar Sports Investments bought Paris Saint-Germain in 2011, the signing of a 35-year-old Northern Irishman might not have made many headlines but he arrived to huge promises from the club's owners. 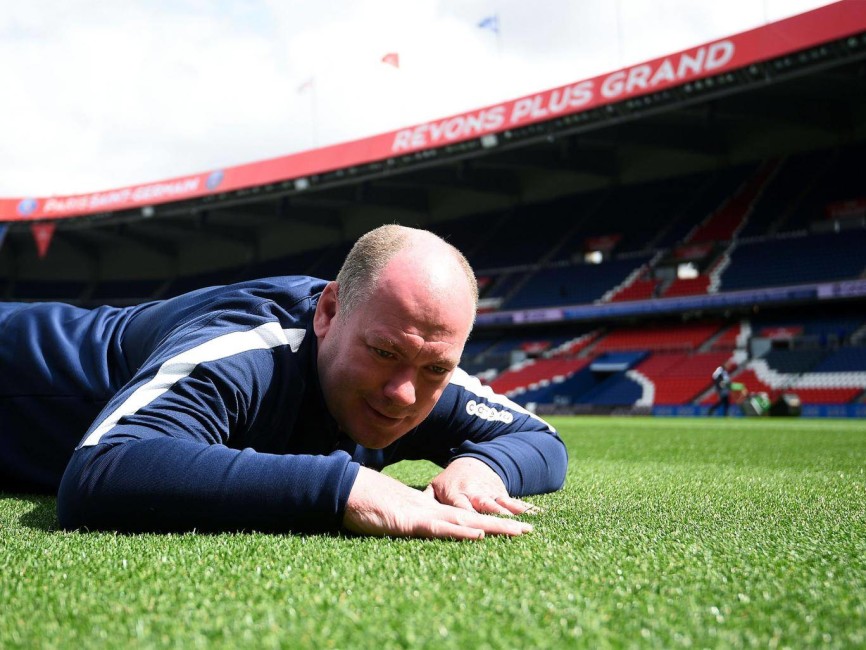 Jonathan Calderwood arrived in Paris in June 2013, headhunted on the advice of former Liverpool manager Gérard Houllier. Immediately Calderwood was told he would play a key role in the new owners' vision to make PSG one of the biggest clubs in the world.

"It was a big decision for me. It's a huge challenge but a unique opportunity," Calderwood tells The Independent.

As head grounds manager, Ballymena native Calderwood is responsible for PSG's pitches being among the world's best. When the club's new training complex is complete, he will lead a staff of 55 groundsmen overseeing 32 pitches, including the Parc des Princes.

The reputation that brought PSG calling was earned in 12 award-winning years as Aston Villa's groundsman. Since his arrival, PSG have complemented their domestic dominance by winning Ligue 1's best pitch for four consecutive seasons.

While players from the British Isles have historically struggled outside their own lands, Calderwood is one of a flurry of home-grown groundsmen cutting it abroad.

On the other side of Paris, Yorkshireman Tony Stones is in charge of ensuring the turf at the Stade de France is perfect for the French national football and rugby sides. Formerly head groundsman at Wembley, Stones got his start looking after bowling greens and golf and cricket pitches in Barnsley.

At Real Madrid, Galactico groundsman Paul Burgess is another Brit considered one of the best grass masters in the world. He has spent nearly nine years overseeing Real's pitches, including the Bernabeu stadium, after leaving Arsenal where he played a big part in the design of the Emirates Stadium to ensure optimal grass-growing conditions. In October, he was joined in the Spanish capital by Anglo-Spanish groundsman Dan Gonzalez. Gonzalez, who had been in charge of the turf at Bournemouth's Vitality Stadium, was poached to become head groundsman at Atletico Madrid's new ground, the Estadio Wanda Metropolitano.

You can read the full article from The Independent HERE