South Dublin County Council has announced a €7.7m upgrade of Tallaght Stadium that includes the building of a new North Stand and development of the West Stand to a high-quality corporate area. The plans were agreed by elected members of the Council at the recent June Council meeting. 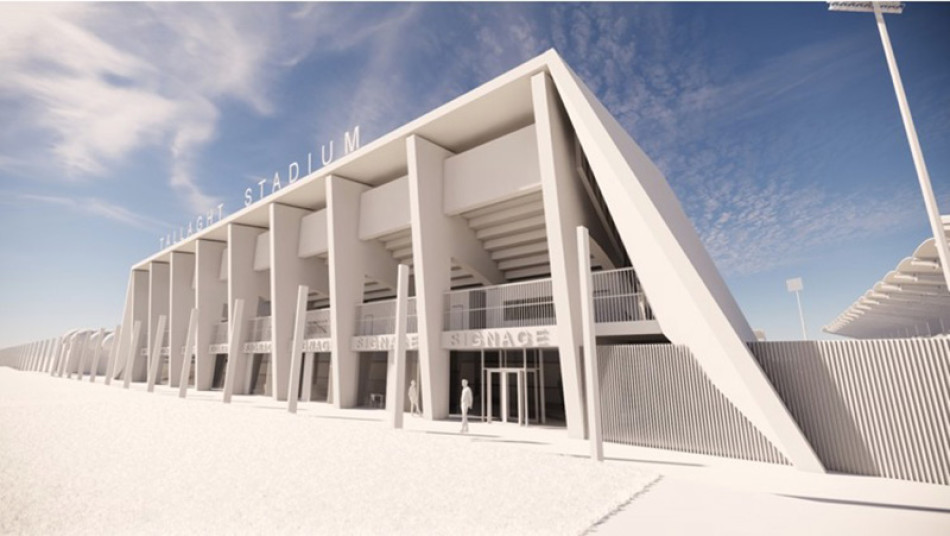 The new 2,000-seat North Stand will see the capacity of the South Dublin County Council-owned Tallaght Stadium increase to 10,000. The stand will face on to the N81 and will be further developed to include an active area that will be home to Shamrock Rovers FC's official store and offices.

The completion of this work will see Tallaght Stadium meet UEFA Category 4 requirements to host any European competition, including Champions League matches. Subject to approval through the Part 8 planning process, the new Stand will see the capacity of the stadium increase to 10,000 - the size originally planned for the ground when first announced 24 years ago.

In conjunction with these plans, South Dublin County Council intends to promote Tallaght Stadium as an events venue to include music, festivals and all aspects of community events. With stadium seating and temporary on-field seating, the venue will accommodate up to 20,000 people.

"The ongoing investment being made in the development of Tallaght Stadium is evidence of our councils commitment to sport, community infrastructure, the civic pride and reputation of the Tallaght area." 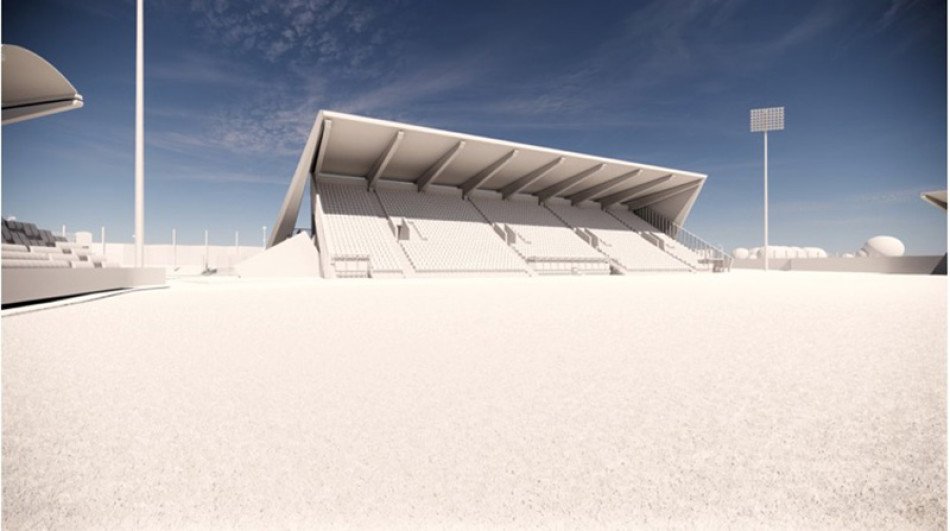 Shamrock Rovers played their first game in Tallaght Stadium in March 2009 beating Sligo Rovers 2-1. Gary Twigg had the honour of scoring the first goal for the Hoops in their new home in front of a sold-out stadium.

Construction began on the East Stand in May that year and for July's friendly against Real Madrid temporary seating was brought in. On the night Cristiano Ronaldo made his debut for Real, 10,915 were in attendance to see Rovers come within three minutes of keeping a clean sheet against the Spanish giants - only for Karim Benzema to score the winner late on. The West Stand was completed and opened in August that season bringing the permanent capacity at that stage up to 6,000.

In 2011, when Rovers became the first League of Ireland side to play in the Europa League, temporary seating was again erected. This brought the capacity of the stadium during the group stage to 8,500 for the games against Rubin Kazan, PAOK and Tottenham Hotspur.

In October 2016, the Council began a Part 8 planning process for the construction of the 2,195 capacity South Stand. Construction began in January 2018 and was completed in November that year bringing capacity up to 8,000.

The council's latest plans will see the commencement of the planning process on the stadium redevelopment works before the end of this month. This would then see the architectural plans placed on display with a public consultation process to follow. The plans will then be put out to tender to allow the appointment of a builder to carry out the construction works. 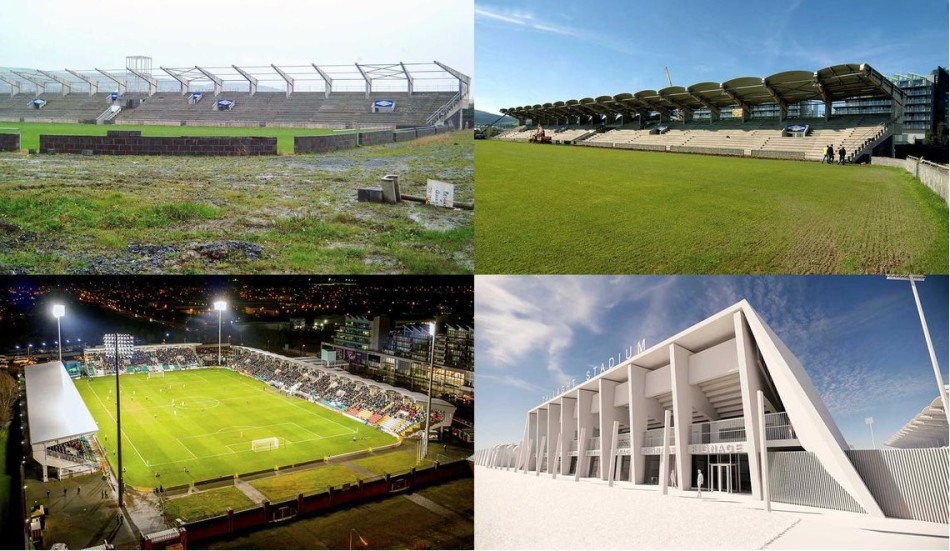 Once the architectural plans have been put on public display, and the public consultation process has commenced, the plans will be put out to tender to allow the appointment of a builder to carry out the construction works. Image, courtesy: Shamrock Rovers

Tallaght Stadium is a Municipal Stadium, wholly owned by South Dublin County Council. The recent addition of the South Stand brought seating capacity to 8,000. Classified as a UEFA Category 4 Stadium, it has hosted Champions League and Europa League fixtures.

Shamrock Rovers FC, Dundalk FC, Drogheda United FC and St Patrick's Athletic FC have all played European fixtures here over the past 10 years. It is the home venue for Shamrock Rovers FC who have a licence arrangement with South Dublin County Council to play a maximum of 40 soccer games during the League of Ireland season.

In addition to Shamrock Rovers, Tallaght Stadium is the home venue for the Irish Women's Senior and Men's U21 international football teams and regularly hosts international fixtures, including the recent UEFA European U17 Championships. It has hosted American Football, international rugby and Leinster Schools rugby matches.

In an average year, 100,000 people attend live events at Tallaght Stadium. The current stadium conference/meeting facilities can accommodate up to 450 attendees.