0 Spate of thefts at greenkeepers’ sheds 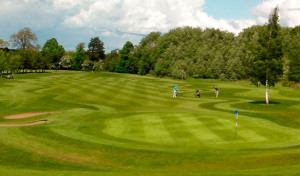 Police in Scotland have issued a warning to golf clubs to protect their greenkeepers' sheds after at least two were targeted by criminals.

Newbattle Golf Club in Midlothian was broken into on a recent Saturday night, in which the shed was targeted and a number of power tools were stolen, states the East Lothian Courier.

The following night, at about 10.30pm, Musselburgh Golf Club's greenkeeping shed was also broken into.

othing was stolen, but damage was caused to the doors of the shed and the alarm was activated.

Police believe the two incidents may be linked and are asking anyone who has information to come forward.

Sergeant Scott Nicolson said: "As a matter of course we have advised all other golf clubs in the area to review their security arrangements and we are keen to speak to anyone who noticed any suspicious activity at, or around, Musselburgh Golf Club to come forward immediately."

You can read the full article from The Golf Business HERE