by Ben Rumsby
in Industry News, Local Authority, Rugby, and Football
on 10 Nov 2015

The Football Association, Rugby Football Union and England & Wales Cricket Board have written to the Prime Minister as part of a last-ditch attempt to convince the Government not to take an axe to grassroots sports funding. 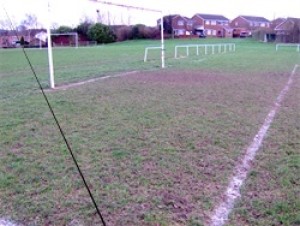 The governing bodies of Britain's three biggest sports all signed a joint letter to David Cameron urging him to act over planned cuts of up to 40 per cent in the budget of the Department for Culture, Media & Sport, which are expected to be imposed by the Chancellor of the Exchequer this month.

The Lawn Tennis Association, England Athletics, British Cycling and the Amateur Swimming Association were also among more than 20 national governing bodies (NGBs) to have endorsed the letter amid fears over the loss of much of the £100 million a year they are given to boost participation.

Seen by the Daily Telegraph, the letter marks the start of a two-and-a-half week campaign that will include lobbying of the Government by British sports stars past and present.

Members of England's football, rugby and cricket teams could be recruited to help front the campaign, which is being orchestrated by the Sport & Recreation Alliance, the umbrella body for Britain's sports NGBs.

The SRA also conducted a poll last month of more than 1,000 people, 75 per cent of who agreed grassroots sport should receive more funding from Government.

However, with Chancellor George Osborne close to finalising a comprehensive spending review that will be published on November 25, the campaign may have come too late to make a difference.

That could mean tens of millions of pounds being lost to sport just as sports minister Tracey Crouch is working on a new strategy to increase participation, having pledged this summer to "rip up" the existing one amid an ongoing decline since the Olympics.

For the full article, visit www.telegraph.co.uk.