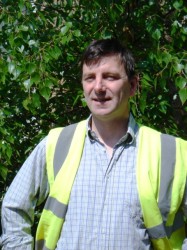 I've been in the sports turf industry for over twenty years now, but I would never profess to know everything about it. Recently, I attended the STARSS (Science, Technology and Research into Sport Surfaces) conference at Loughborough where I learned many new and interesting things from sports surface research workers from around the world. We must never stop learning and no one can claim to know everything.

At the conference, I listened to a representative of the RFU extolling the virtues, as a means of achieving the highest quality of surface, of a 'preferred supplier' agreement. My understanding of this was that grant aid from the sporting body would only be awarded to projects developed and run by one of a small number of preferred 3G carpet manufacturers. For those projects that involve the installation of such a pitch, the carpet manufacturer would, by default, become the main contractor.

Now, I can see that this would resolve issues of liability if things go wrong. What is less obvious is how this approach would maximise the quality of the end product.

The carpet manufacturers I have met certainly know a great deal about carpet manufacture, and I wouldn't hesitate for a moment to defer to their judgement on matters related to the manufacture of carpets. I would have some reservations, however, about consulting them on issues to do with sports surface construction in the wider sense.

Many of the speakers at the Loughborough conference were, undoubtedly, experts in their particular field, for example the quantification and interpretation of playing quality characteristics of 3G surfaces. There was also a half day session on natural turf which, for me, is a fascinating subject which poses more technical problems than artificial surfaces and is therefore the more rewarding area to work in.

A contractor I spoke with once described a 3G pitch as a car park with a carpet on top. They are certainly more complicated than this, but the installation of these things is, actually, not rocket science, and there will be some carpet manufacturers who have a very good understanding of the processes involved. This preferred supplier thing could work.

But, sports facility development projects usually involve a lot more than the selection and installation of a carpet on a constructed base. For example:

- there are, invariably, technical and planning issues surrounding the design of the floodlighting system

- in a wider sense, community development experts are increasingly concerned about the consequences of enclosing areas of what has often been considered public open space

- very often, moderately sized projects also involve the development of some natural turf pitches and all the complexity that that entails

- A well-designed project should have considered all of these things, and a lot more besides. The solutions to the various problems and impositions should, in each case, be incorporated into the design to the best of the designer's ability. This seems an awful lot of responsibility to place on someone with a background in carpet manufacture

The larger contractors themselves have also been drawn towards this over-arching approach through what is known as 'design and build'. I'm in danger of upsetting people I know and respect here, so I shall try to tread carefully.

There are many individuals working for larger sports turf contractors for whom I have a great deal of respect, and who genuinely aspire to delivering the highest standards to their clients. In the purely commercial sense, however, this is not their primary function. Their main purpose is to win contracts and maximise profits for the companies concerned.

'We want an all-weather pitch for our team to train on. Obviously, because there's no grass on it, it's going to be cheaper for us to maintain. How much is that going to cost us Mr Contractor, and can you rebuild that natural turf pitch while you're about it?'

That's slightly simplistic perhaps. I don't want to sound patronising, but I reckon it's not dissimilar to at least some conversations that have taken place in the past. The thing is that many projects, if they are to be done properly, are often more complex than even the clients themselves appreciate.

There are quite a few issues arising from this that I have difficulty with. Firstly, the ball is entirely in the contractor's court. A single contractor approached in this way may well think of a number and, as far as the client is concerned, that is how much the project will cost. An element of competitive tendering could be brought into play by asking the same question of several contractors, assuming the client knows who to contact, but the primary aim of each and every one of those contractors will be to maximise their profits, not necessarily to give the client the best facility. The very vagueness of the question allows the contractor to operate in a world that the client is entirely mystified by. In this procurement process, the extent to which the client may or may not be taken for a ride will remain forever unknown.

Another problem is that the wider implications of the project are not taken into consideration. For example, such projects usually require planning permission and the phrase 'get through planning' will soon enter into the conversation. In terms of achieving the best overall quality of any new facility it seems to me that we, as an industry, should have greater aspirations than simply to meet those standards laid down by planning authorities. Competitive tendering amongst companies that offer 'design and build' will not automatically allow this to happen.

This is where the consultant enters the picture. Having said that, we don't know everything. It should be said that we are consultants because we have made it our business specifically to investigate and try to understand the issues and principles involved. This allows us to place an individual project in the wider setting.

When the client asks for the best quality we will ensure that they achieve this in every respect, many of which the client may not even have thought about.

Needless to say, we must also deliver the best value for money. The drawing up by a consultant of a detailed specification, drawings and contract documentation, and going out to tender with that, will ensure that the tender process is not allowed to operate in the vague and mysterious commercial world that exists among the various contractors and suppliers. Using a detailed specification drawn up beforehand ensures that contractors really are forced to compete upon a level playing field, and one where the referee, though he can't control the outcome, at least gets to see and control exactly what is going on.

Of course the client has to pay the consultant to do this. Unfortunately, our fees are often resented. I think this is partly because the word 'consultant' brings to mind management consultants and the like who are drafted into large public sector organisations where they are seen, by the majority, to bring no tangible benefit at enormous cost.

I do not think this can be said of the consultants in the sports industry. Organisations such as RIPTA (for the natural turf consultants) and SAPCA (which has the Professional Services section for consultants) have been established with the highest motive, genuinely to deliver the best quality to the client.

A good consultant will go out of his way to find the best way of doing things. He'll keep himself up to date with developments in the industry. He will also try to maintain good relations with contractors, and within the industry in general, so that projects can be concluded smoothly and amicably with the least cost to the client.

As consultants, we spend a great deal of money on liability insurance, because we know that, we alone, will be liable should things go wrong. We don't want this to happen, of course, which is another reason we try to produce tight specifications that will deliver the best end product.

'Honour good men and women; be courteous to all; bow down to none.' This is a phrase that some Edwardian schoolchildren were asked to memorise as part of their instruction in personal development. I think it is a wonderful phrase because it encapsulates my approach to life in general, and to the running of my consultancy business in particular.

When you're dealing with a technical issue you need technically minded people who know a lot about the job. You must show respect to those people that know more about things than you do. You are not beholden to others that may be in the middle of commercial price wars, or deals made with other people around issues that have nothing to do with you.