by Ricky Charlesworth
in Football, Synthetics, and Renovations & New Builds
on 06 Jun 2021

The National League champions have to rip up and replace their turf as 3G pitches are not allowed in the top four divisions. 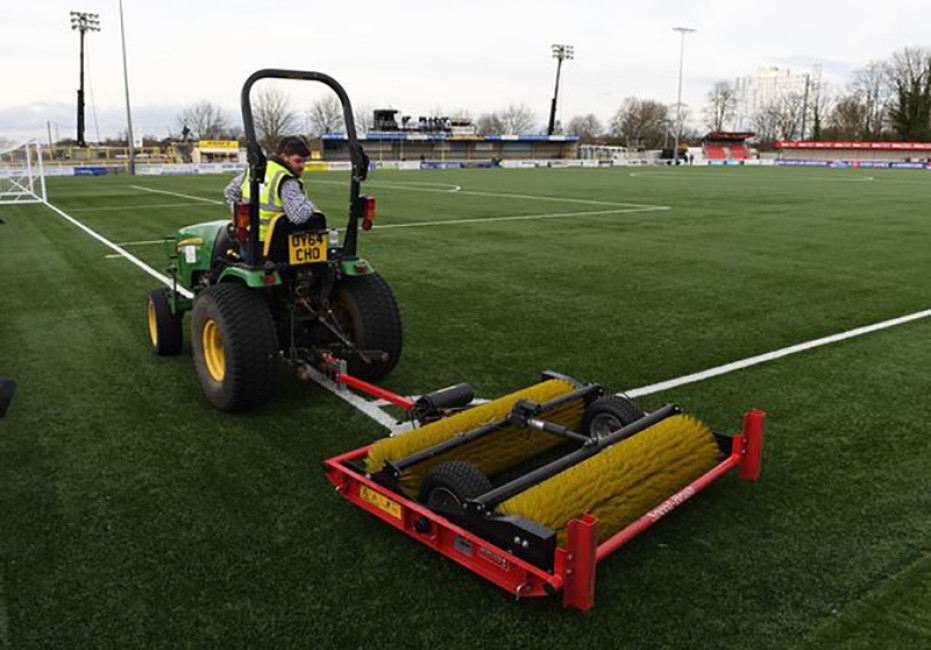 Sutton United face a huge cost in making their pitch suitable for a first-ever tilt in the EFL.

The U's sealed the National League title, meaning they will play in the Football League for the first time in their history.

However, as their Gander Green Lane pitch is artificial 3G it does not fulfil EFL requirements.

The off-season will now be a busy one for the Sutton groundsmen as they rip up the existing surface and replace it with grass.

But it won't come cheap. It's estimated that the club will have to fork out around £500,000 to carry out the works. It follows a similar situation last season, when Harrogate Town went up.

"The cost of laying the pitch is quite a substantial one," Sutton vice-chairman Adrian Barry told the BBC.

"Promotion to the EFL brings with it a lot of other commercial opportunities for the club, which will hopefully offset the cost to a degree.

"The rights and wrongs of that situation can be debated. Harrogate faced exactly the same problem last year, and it will continue to be a problem.

"We knew the rules and what was required of us. We'll abide by them and look forward to proudly taking our place in the EFL."

Harrogate, who finished 17th in their first season in League Two, had to ground-share at Doncaster for a few matches whilst the new pitch was finished. That was largely due to the quick turnaround between the last two campaigns.

It is unlikely to be an issue for Sutton, given the gap until the start of next season.