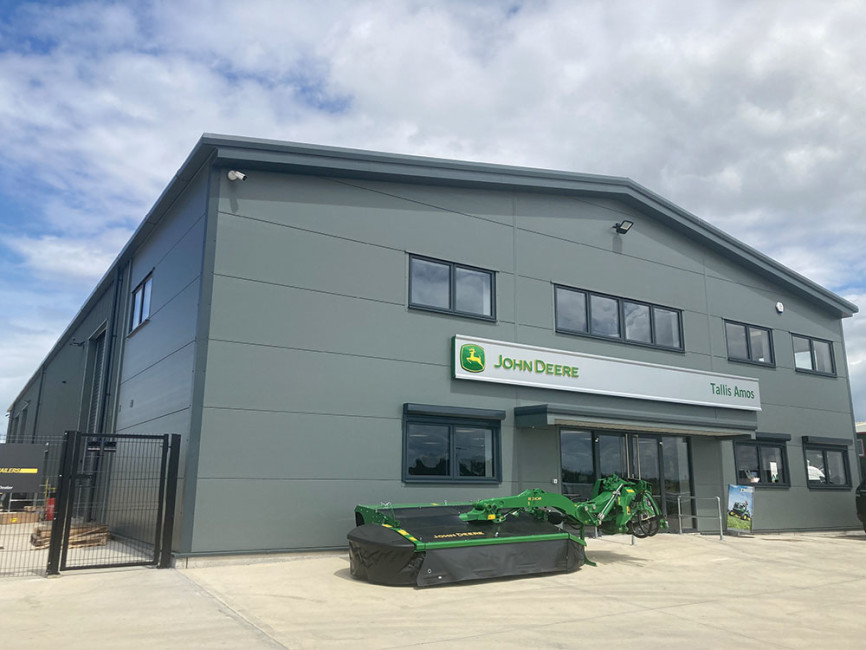 TAG was formed in 2012 when two long standing John Deere dealerships, Alexander & Duncan and Chris Tallis Farm Machinery joined forces. The company traces its roots back to 1912 and has been supporting farming businesses in the West Midlands for over 100 years, with 56 years as John Deere agents. Currently operating four depots in the West Midlands and Wales at Evesham, Kemble, Leominster and Narberth, TAG already has plans to open an additional site near Lampeter in October this year. Employing a team of 130, including skilled after-sales teams and experienced sales representatives, TAG has a comprehensive range of other machinery partners including Kramer, Pottinger, Sumo, Pichon, Shelbourne Reynolds, Sulky, AW & Bailey Trailers and many more.

To ensure that the company can deliver outstanding support to customers throughout the Shrewsbury and Newport area, TAG is now actively recruiting Sales, Parts, Service, Precision Ag and Administration staff. Rea Valley Tractors (RVT) continue to be authorised dealers until 31st October 2022.

Simon Amos, TAG Agricultural Sales Director, said: "The new depot in Allscott is perfectly positioned to support farming and contracting businesses throughout Shropshire. Although there will be some work required to get the site ready, we're confident we can be up and running within a few months. We are also investing heavily in Parts and Service capacity at Leominster to further support customers from South and West Shropshire."