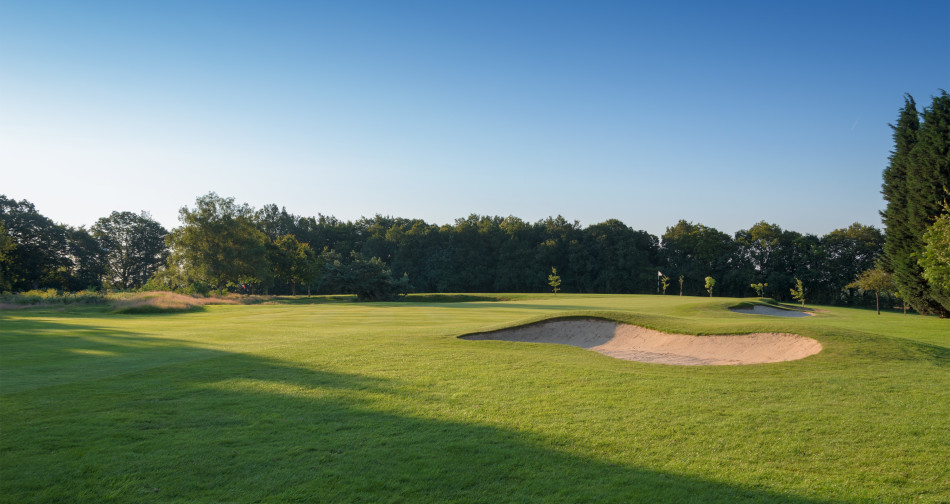 In an area of outstanding natural beauty in Berkshire with stunning panoramic views of the Thames Valley and Ridgeway, Goring and Streatley Golf Club is an 18-hole, par 71 course designed by golf course architect Harry Colt.

The club has made a significant investment of over £700,000 this year to upgrade to a Rain Bird IC™ Stratus™ II Central Control System with Windows™ 10 functionality and mapping. The core irrigation infrastructure has been completely replaced, with all new pipework and a total of 739 rotors across greens, tees, approaches and fairways. Rain Bird Golf 700 & 900 series rotors have been installed on greens, aprons, surrounds, fairways and tees with 5004, 8005 pop ups also used on selected teeing grounds.

"Having worked at the club for 20 years and as Course Manager for the last two, Matt Aplin explains: "Our old irrigation system was 49 years old and was literally falling apart at the seams, leaking and had failing electrics. We spent two and half months last year just working on irrigation problems, trying to keep the course playable but it became impossible. During long spells of drought, the ground would bake hard, causing a hydrophobic effect, leaving poor conditions in wet weather. I visited other clubs and took advice from course managers using a Rain Bird system. For me, Rain Bird is the premier system and its timeless compatibility means we don't have to dig up the course to maintain and replace rotors. Having a fully functioning Rain Bird system will make a massive difference to our six-man team here, saving so much time, especially important as we head into the mowing season. We'll have irrigation on the fairway now which will also be a game-changer in agronomic terms. We'll be able to use different products and wetting agents to keep specific areas receptive to moisture right through the season which makes massive difference to our members too."

Martin Hucklesby, General Manager at Goring and Streatley Golf Club, added: "The most vital feature defining a great golf course is its irrigation system. The major investment we've made helps secure the club's future and brings to life our mission to become the club of choice in BB&O (Berks, Bucks and Oxon Golf)."

Lee Knight is Contracts Director at contractor Irrigation Control and added: "We were really pleased to be awarded the contract to install a new irrigation system; firstly because of the opportunity to be involved in such a great scheme and secondly because of the effort put in during the tender process. The challenges of this site were evident from our initial survey with changing topography, multiple services, including national electrical distribution lines and Thames Water pump stations, through to the chalk and flint ground conditions present throughout the course. We carried out multiple ground investigations before starting which allowed us to identify and allocate the most suitable plant and 14 specialist items to be used, and to plan, with our team and the client, a coordinated programme from the outset which ensured that the client could be confident in us meeting the contract targets. It has been a great partnership between ourselves and the club. All credit to General Manager Martin and Course Manager Matt and his team for their cooperation which has helped us deliver such a large project on budget and to plan. Hopefully the efforts put in by our engineering team on and off site will ensure we continue to develop a long-lasting relationship with the club."

Roger Davey is Managing Director at Irrigation Consultancy, Irritech, and project managed the tender process and system installation and added: "We provided a design and specification for the irrigation system upgrade which included a water storage lake and borehole abstraction, taking into account the huge static changes (circa 70 metres across the site) and the need to conserve water and be more energy efficient."

Alastair Higgs Golf District Manager, UK and Ireland - Rain Bird Europe: "We started talking to Matt and Martin about replacing the irrigation system about eighteen months ago when the system was failing. This project has brought together a great team that's worked closely to deliver a course irrigation system that offers the very latest in irrigation technology."