Situated near Wakefield, West Yorkshire, the Yorkshire Sculpture Park is an open-air gallery that showcases work by world-class British and international artists, including Yorkshire-born Henry Moore, Barbara Hepworth and Damien Hirst. The park has one of the largest open-air collection of Moore's bronzes in Europe. Spread over 500-acres of 18th century designed landscape of Bretton Hall, YSP opened in 1977 and was the first UK sculpture park based on temporary open-air exhibitions that were organized in London parks from the 1940s to 1970 by the Arts Council and London County Council. 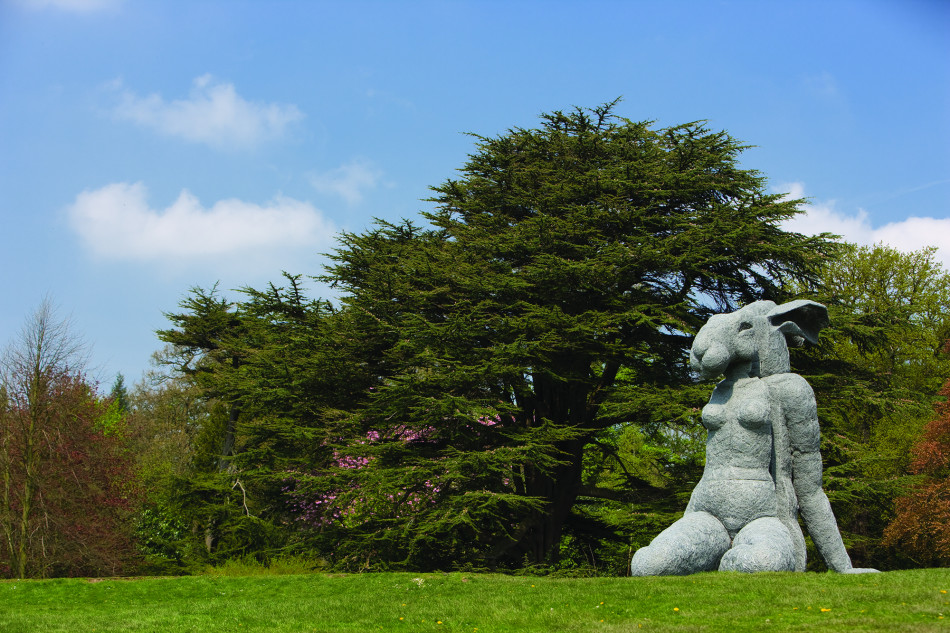 Today, the 'gallery without walls' has an ever-changing exhibition programme and preparing to reopen after lockdown presented an opportunity for remedial work to be done. Following a site visit by hydrology consultants inspecting a waterlogged area, they brought in Terrain Aeration with their deep aeration treatment system. The area in question was an important part of the Lower Park and a popular area for visitors and curators. It suffers from compaction due to footfall and the weight of sculptures, resulting in the build-up of standing water.

"It is unusual for the area to be cleared," says Mark Chesman, Head of Estates and Parks at YSP, "but the sculptures in that area were removed for conservation work, and we seized the opportunity as part of a wider project. In all, it took two-and-a-half days and they treated 4,000 square metres of land."

Terrain Aeration's Terralift hammers a hollow probe one metre into the soil using a JCB road breaker gun. At depth, the ground is usually so compacted it needs the hammer to break through. Compressed air is then released to a maximum of 20Bar (280psi) to fracture and fissure the soil and the process is repeated in two-metre spacings, to ensure the fissures interlink. On the end of the air blast, dried seaweed is injected which sticks to the fissure walls, expanding and contracting with moisture content in the soil and keeping the area 'breathing.' The 1.5-inch probe holes created by the Terralift machine are backfilled with aggregate to provide a semi-permanent aeration/ventilation shaft, helping to keep the whole aeration process working. The park's groundkeepers then overseeded the area to finish.

We tend to take trees for granted, in our parks, public spaces and estates but they are often subjected to stress as a result of several factors, such as nutrient shortage, surface compaction due to foot traffic, and waterlogging where water drains off hard surfaces. Yorkshire Sculpture Park features lime trees, beech and Atlas cedar amongst others and these were given Terrain Aeration treatment as well. Breaking up the soil around the roots, and beyond, means excess water will drain away from the roots to help stop anaerobic conditions and rotting of the root system. "We're confident with what's been done," says Mark, "and will be looking at further areas to be treated, probably in the autumn."