0 The Club Company commit to Ventrac

The Club Company, which owns and operates 13 Country Clubs across the UK, has taken delivery of two Ventrac 4500 compact tractors with Contour mowing deck and blowers attachments. 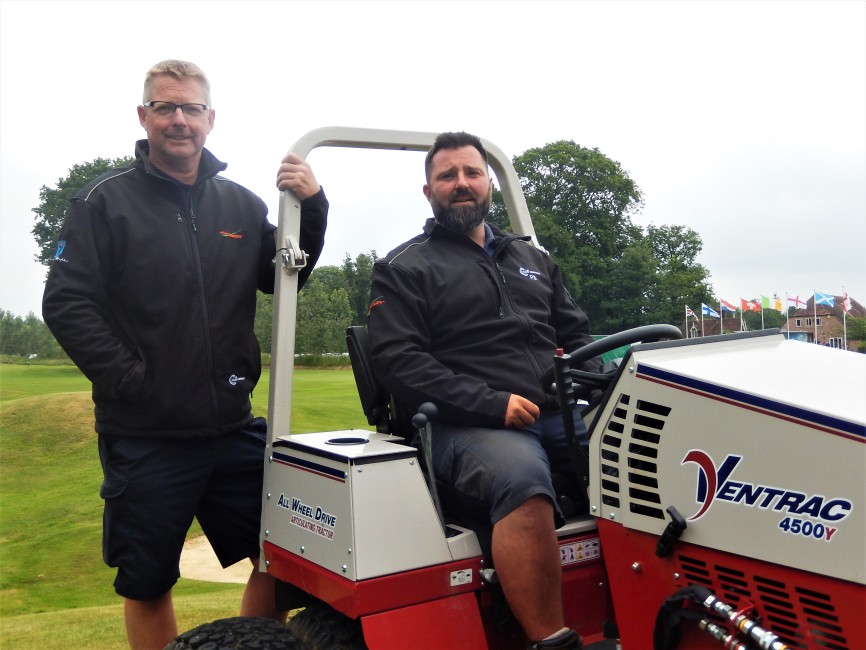 Chris Brook is the Group Courses Manager, with responsibility for all greenkeeping activities across the company. He is also the Course Manager at the company's flagship property, Castle Royle Golf and Country Club near Reading.

"I've known Rupert Price, the owner of UK distributor Price Turfcare, for many years from his time at Ransomes Jacobsen. I will admit I was quite sceptical when he arrived with the machine for a demonstration at Castle Royle. I invited a small group of my course managers and was amazed, and surprised, at the machines capabilities. Considering it is under 25 hp it is remarkably powerful and can go anywhere. It really is the industry's best kept secret.

"The climbing ability is excellent, far superior to any other machine in its class and it's brilliant in wet conditions. It's versatile with numerous attachments and I quickly realised that it could do a job for us within the group, especially at Nizels Golf and Country Club in Kent, which sits on an underlying clay soil and can be quite wet in winter. Also at Meyrick Park where the soil is a stony brash and its light footprint helps protect the finer grass species. I put the business case to my CEO, it was quickly approved and the two machines were delivered in November 2017. Future purchases will include the ToughCut deck, Trencher and Stump Grinder." 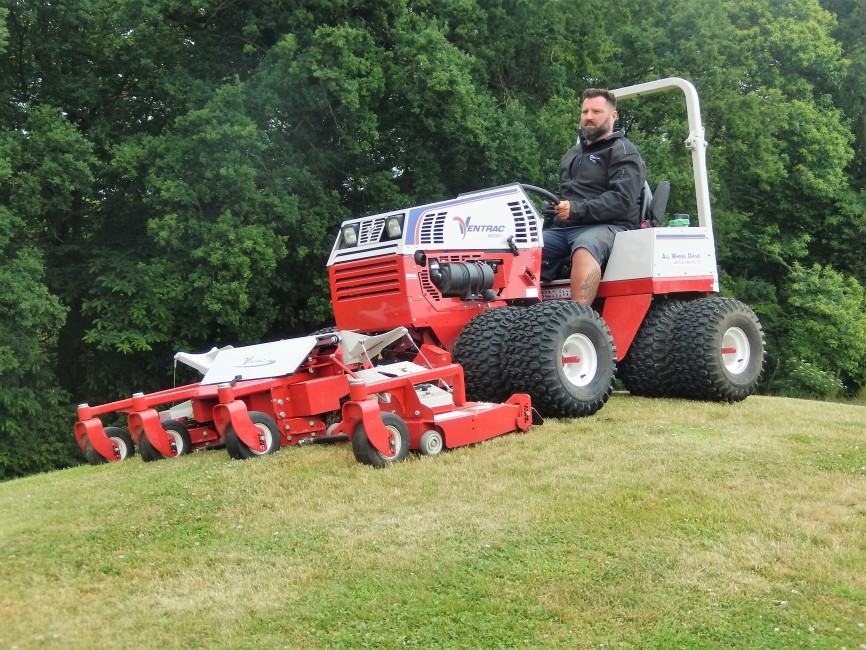 Paul Shepherd is the Course Manager at Nizels Golf and Country Club and has been with The Club Company for 10 years; the past four years as Course Manager at clubs across the group. He was previously Estate Manager for David Gold, one of the co-owners of West Ham FC and also worked at Wisley Golf Club. At Nizels he is responsible for a team of six greenkeepers and a gardener.

"This is a phenomenally good machine," he said. "Because of its versatility we can use it for various operations around the course. We use it on tee banks and for stripping the carry areas from tee box to the beginning of the fairway. The Contour deck is also used on the bunkers and we can move the jockey wheels to give us a greater overlap around the edges. The height of cut can be adjusted for use on both the rough and semi-rough and it's great in wet conditions. I've driven it through waterlogged areas with no marking and on slopes the stability is reassuringly excellent.

"The Power Blower attachment is very good; unlike a lot of blowers that change the direction of the vortex through a vertical axis, in an up and over action, this works in a 180 degree horizontal axis, which enables more control over the direction of the material being dispersed. Great when blowing leaves from greens and, being front mounted, visibility is second to none."