The Belfry's Director of Golf Courses and Estates, Angus MacLeod, discusses his management style and work ethic with Master Greenkeeper Phil Helmn; one which has earned him the affectionate moniker of 'The Gaffer'. It is a journey which shows that, from rather humble beginnings selling lemonade 'door to door', much can be accomplished if you set your mind to 'achieving'. 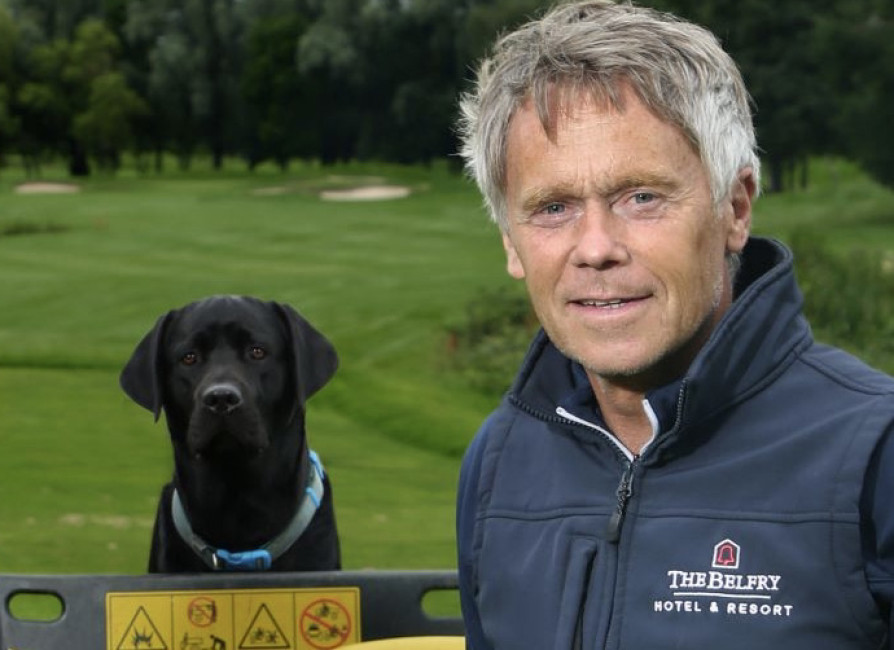 As I drive through the famous front gates of The Belfry, something I have done on numerous occasions, I still get goosebumps with excitement as I realise I'm treading (driving) in the footsteps of so many golfing greats. However, this time is even more special for me, as I'm about to catch up with a greenkeeper who I hold in extremely high regard, Angus Macleod the Director of Golf Courses and Estates or, as he is affectionately called by his team, 'The Gaffer'.

So much has been written about The Belfry over the years and my dilemma therefore is, what can I say that hasn't already been said? Let's try something a little different! Set in 550 acres of countryside located in Wishaw, Warwickshire, close to Sutton Coldfield, England, approximately eight miles from the centre of Birmingham, The Belfry is currently owned by Cedar Capital Partners who invest exclusively in the hospitality sector with an emphasis on luxury, full service and lifestyle hotels. The resort can boast three excellent golf courses (54 holes), The Brabazon, the main tournament course, the PGA National and The Derby. Did you know however, that the hotel we now know as The Belfry originated in the thirteenth century, when it was known as Moxhull Hall or Manor? It had been a manor house and refuge for the Knights Templar until they were expelled from England in 1277.

Time travelling forward a few centuries to the early nineteen hundreds it had become a locally well-known hotel until it fell into ruin, eventually becoming a domestic residence until its sale in 1959, to a Mr. Jimmy Burns for the grand sum of £18,500. He extended what had been a family house back into a hotel with fifty-nine rooms, which became a popular centre for wedding receptions and live performances by the like of The Moody Blues, Led Zeppelin and Status Quo.

The ownership of the hotel changed a few times but, in 1974, it was in the hands of the shipping company Ellerman Lines, which bought adjoining land and eventually permission was granted for two golf courses. Peter Alliss and Dave Thomas probably weren't too impressed when they first saw these fifteen potato fields at Sutton Coldfield but set to work and designed the Brabazon and Derby courses, with work starting on construction in December 1974, alongside a refurbishment of the hotel. The courses were named after Lord Brabazon of Tara and the Earl of Derby, both previous Captains of the PGA. 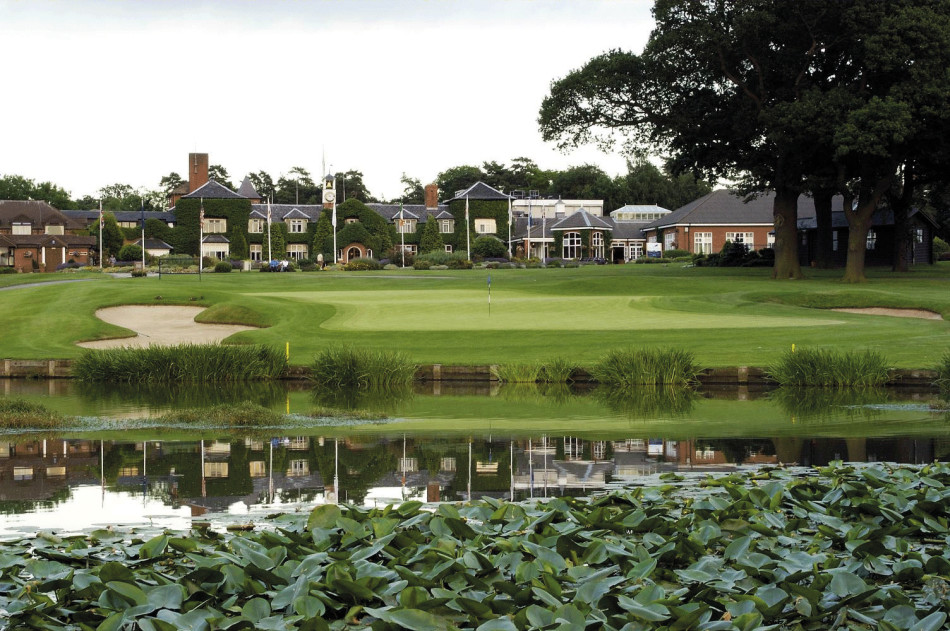 At the time, the Professional Golfers Association (PGA) had its headquarters in confined offices at the back of the main stand at the Oval cricket ground in London but, over lunch one day, Peter Alliss told Colin Snape about the Belfry and the eventual decision to move to new offices there was initiated. The PGA didn't have the funds for the new offices, but Ellerman Lines had set up the company The Belfry (Sutton Coldfield) Ltd which built the new offices. As part of the deal, the PGA guaranteed to hold two Ryder Cup tournaments within ten years at the club. The first official tournament on the Brabazon course was the Hennessy Cup, a match between Great Britain and the Continent of Europe. This was played in September 1978 and Seve Ballesteros well and truly put the course on the map, with his now famous drive off the tenth tee against a young rookie Englishman Nick Faldo. The hole then measured 310 yards, and a plaque marks Ballesteros's achievement and remains as evidence of the moment when The Belfry was truly born. As we all know, The Belfry is synonymous with the Ryder Cup and, to this date, holds the record as the only venue to have hosted the Ryder Cup four times - in 1985, 1989 and 1993 and 2002 (fingers crossed for a fifth)!

The young Angus Macleod started learning about work, commitment, hard work and people as a 13-year-old selling bottles of lemonade door to door in his hometown in Inverness, Scotland. He was, what we now stereotype such people, a 'do-er' and, at the age of fifteen, had immersed himself in many voluntary community projects which eventually got him noticed by the local Head Greenkeeper at Inverness Golf Club. They needed an enthusiastic apprentice and so, when Angus left school at the ripe old age of sixteen on Friday June 30th, he walked into his new job on the Monday 1st July! Forty something years on, after many roles within the greenkeeping ranks, aiming to reinvent himself year on year and enviably achieving his HNC at 40, he has the top job at one of the country's top facilities. 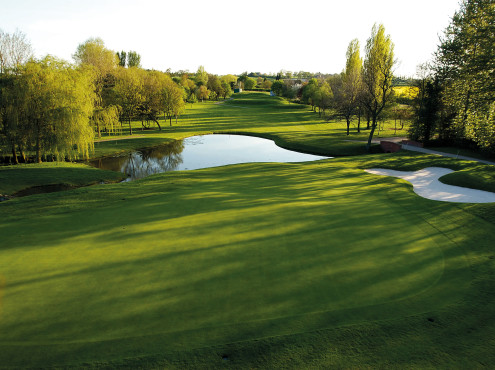 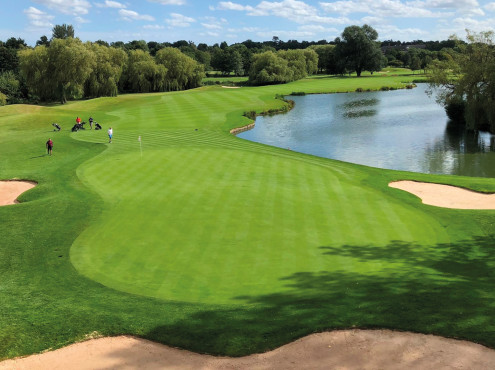 Initially, when I planned my visit, I thought I wanted to find out all about the golf courses, the turf renovation work he had planned and all his agronomic programmes he and his team were undertaking. But, as I drove up that morning, I realised that I couldn't miss the opportunity to discover, for us all, how The Belfry team delivers excellence, day in day out? How does the team bring their 'A' game to work every day to drive excellence and what is that secret? As I chatted with Angus, and true to his mantra of people and teamwork, I was made to feel welcome and put at ease immediately, the answers began to unfold.

Before we get into leadership styles and driving excellence, and so as not to disappoint some readers, I can report that The Belfry team have been extremely busy building/repositioning new back tees at holes 3, 8 and 10 on the Brabazon. These are either to create greater distance or alter angles of play. These, I am reliably informed, are in readiness for the British Masters in May 2022. Again, this is testament to excellence by continually driving modernisation and keeping things 'fresh.' Always moving forward-never standing still.

During lockdown, the team stripped the 18th green on the PGA National and moved it so that a clubhouse extension could be built. Also, on the National, a new putting green was built allowing guests to practice right outside the clubhouse entrance making its new location a far better customer journey route. The academy area also saw renovations and remodelling which enhanced the customer journey. When the cameras arrive in the spring look out for these subtle changes which the team have accomplished over quite challenging times. 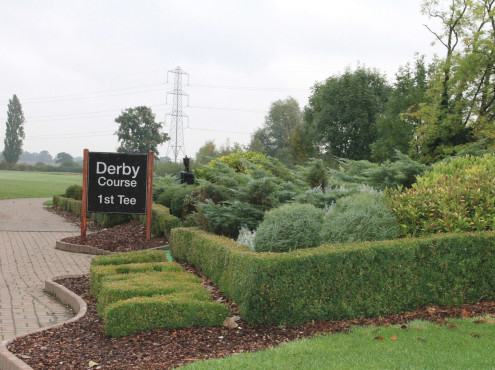 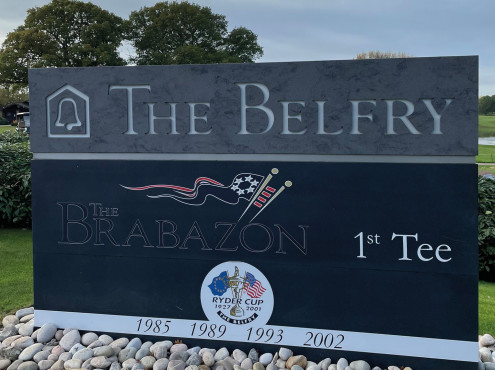 As you can tell, Angus and his team are very much focused on the customer journey and how they can produce the best environment for them. In other words, like all facilities where there are paying guests, your operation must become focused on the business of delivering value for money. After all, every paying guest at The Belfry is there to play their own mini version of their own Ryder Cup … right?

The Belfry has over two million guests annually but, however big or small your golf club is (or ground for that matter), you will undoubtedly have customers! So, the question I asked was "How do you achieve great customer focus"? Angus explained quite simply, "It's all based on discipline, communication, staff engagement, commercial awareness, sharing knowledge and trust." Angus continued, "I have a team of thirty-seven out of season and forty-four at the height of the growing season. I have a fixed senior team who I meet every morning, regardless of my workload, to discuss the day-to-day operation of the resort and, on Fridays, we spend a little longer and look at the week ahead. I trust these guys (and girl) to deliver the message to their teams continually and consistently."

Angus explained that understanding the business of running a facility is important to get the necessary level of 'buy-in' from everyone. "We operate a variable budget (sometimes called profit and loss) accounting system. As such, if profit is low we must operate with less money but still produce first class results. This helps us realise that we must continue to keep standards high so that money comes in. More money, the easier it is to keep driving excellence." 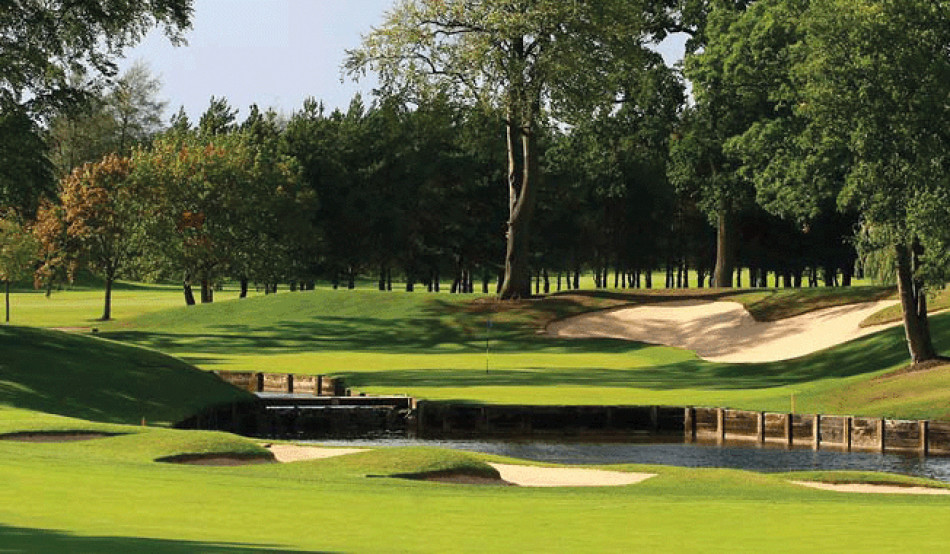 Going a little deeper, through discussion, it's obvious that it's not all about money. Sharing certain important business information helps to build trust in the team and sharing knowledge helps to create solidarity. Recently, Angus and his senior team have begun personally training inexperienced staff in the art of greenkeeping. With satisfaction, Angus explained " I took a group out and showed them how to turf and prepare seed beds. It was personally extremely rewarding and showed the team that I am both happy to get my hands dirty and that I can still do it! It's a great trust builder if you can give up some time to do that."

It's widely recognised in organisations that leaders lead, and managers manage, Angus's leadership ethic is simple, through great habits comes great results. Hard work trumps talent and, to that end, Angus has a ritual that sees him drive around each course in rotation divoting tees, something he does every day. "I get to see everything, which helps me keep grounded and in touch with all that goes on" he explained. "Seeing the golf courses from a golfer's eye is my contribution to the team."

Team and individual development features highly in Angus's winning formula. The Belfry team have a robust internal and external training programme, and this was something that Angus seemed particularly proud of. "I'm happy to nurture my team and believe that, if I can give them all the tools to do their job brilliantly, they'll in turn do a brilliant job for me. However, I realise that by doing this I'm giving them everything they need to build their own self-worth in the industry, making them a valuable commodity. Basically, I'm giving them all the tools they need to leave us and move up the career ladder, but I'm not worried because I also want to treat them so well, they'll want to stay!" 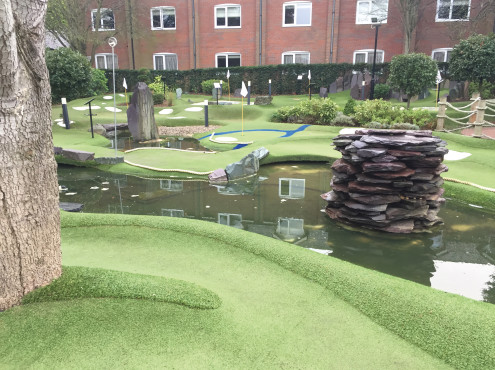 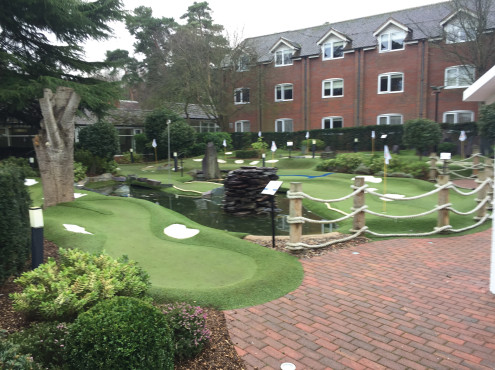 Angus has a very acute business head and showed me his team's innovative ideas and projects on the resort which diversified the business. "It's not just about the three courses," Angus explained, "it's about attracting different customers to the resort which gives us a varied income stream." To that end, Angus and his team have been instrumental in developing on the remaining 50 (non-golf) acres a selection of alternative activities such as:

To conclude, it was an absolute pleasure catching up with 'The Gaffer' and can see how his 'resort life' perfectly fits his personality. His drive, discipline and his ability to lead with an attitude of gratitude in such a diverse environment is admirable. His leadership and people skills, coupled with his ability to share knowledge, give control and empower his team help in creating a winning formula. 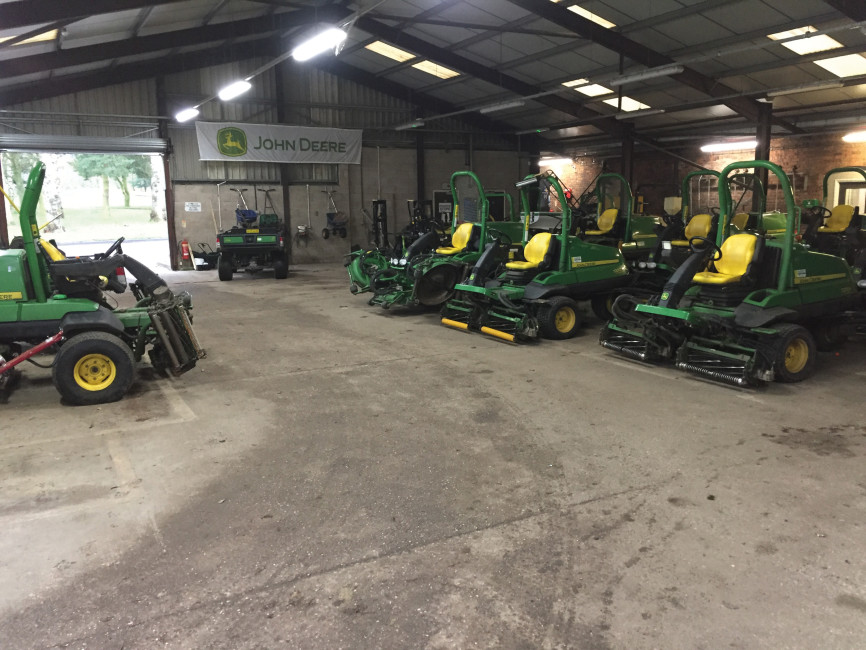