by Jake Barrow
in Schools & Colleges, Cricket, Rugby, and Football
on 13 Jun 2018

Chris Long is now the Head of Grounds at the University of Leicester. But, as is the case for a surprising number, just to transfer from greens to grounds took serious time and effort. In this article, he explains his journey from a child admiring his grandfather's lawn, through greenkeeping, and finally to where he wanted to be, managing grounds at a top sporting institution. As he explains, breaking into groundsmanship required tenacity and commitment. 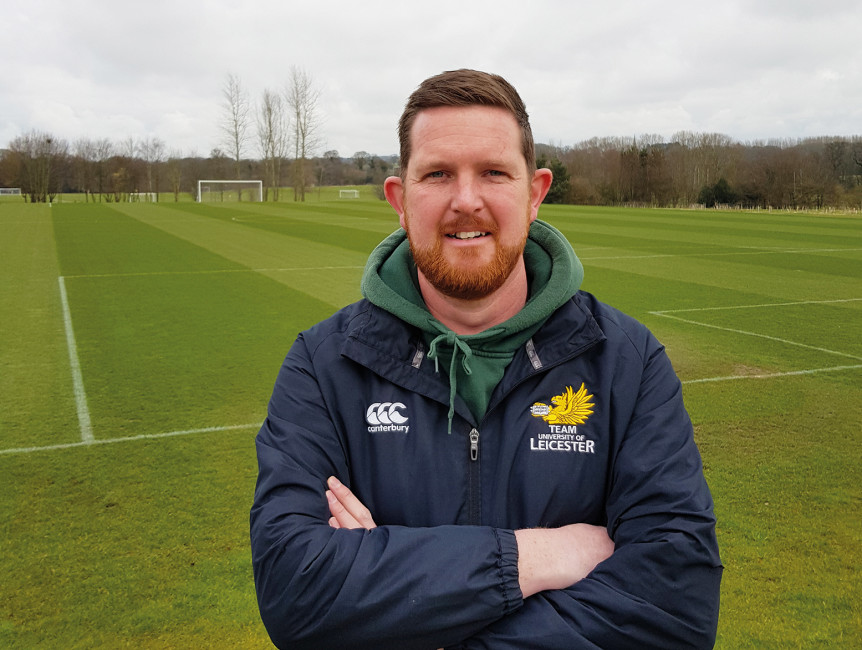 I've always wanted to work on the football side of this industry, since I was young. I used to watch on in amazement as granddad striped his lawn, because it had to be perfect for him.

Growing up, I wanted to be able to do the same. At the age of sixteen, I wrote to Dave Barber, who was then the head groundsman at my local football club, Sheffield Wednesday, asking whether I could study on the YTS.

I didn't get a reply to that letter, so I took what I could and went into golf maintenance instead. I worked my way through greenkeeping roles and, whilst at BTME one year, was lucky enough to bump into Alan Ferguson, who was the top guy at the national football training centre in Burton.

I exchanged a couple of emails with him, asking how to break into this side of the industry. I was in my mid-thirties at the time; I'm 38 now.

It's rare I saw appropriate positions popping up on some of the jobs boards, and needed advice on how to find the opportunities when they were out there to be taken.

The jobs that were advertised always wanted direct groundsmanship experience, which, technically, I didn't have then. I needed one foot on the ladder or I wasn't going to get in. 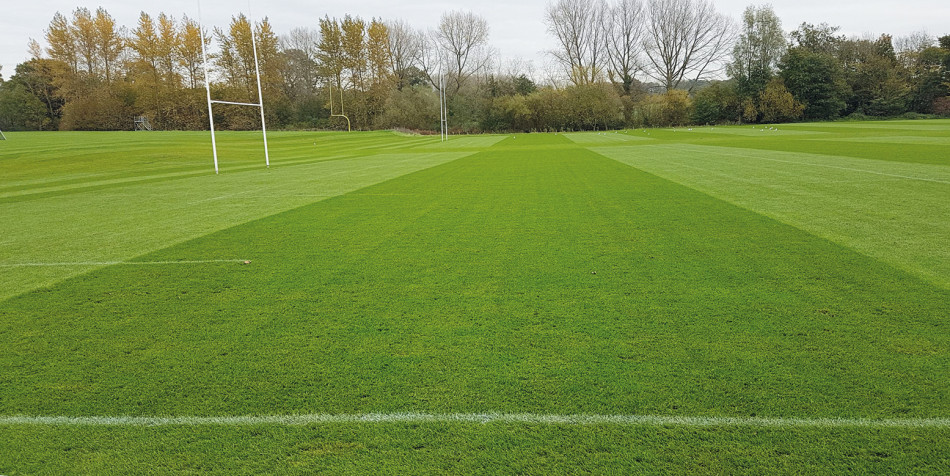 He told me that the best way to make a name for oneself is to start up at a large academy, as they have at the likes of Chelsea or Man City.

Living in Tamworth, though, there were none of these super-clubs nearby. So, whilst flicking around for jobs one night on my tablet, I had the idea to check the Football Association website, which was of course Alan's employer.

They were advertising a spot on the St. George's Park grounds team, which is one of the most prestigious entry-level spots around.

I applied, and made the final two candidates, but was beaten out by an older chap whose knowledge of turf science was immense by comparison.

The Latin names of trees, weeds, plants, whatever would just roll off his tongue.

I put my case forward to Alan in a one-to-one setting afterwards, showcasing my portfolio, including my NVQs and other courses I'd undertaken, and tried to be persuasive.

A couple of days later, I received a call expressing his impression by my work ethic and how I'd come across as dedicated to breaking into that side of turfcare. He offered to create an extra place on the groundstaff.

You can be lucky with those types of situations. It's possible to struggle on and not get to where you want to, but I think if you try for long enough, the luck makes itself, and I was lucky enough to end up receiving that leg up. Suddenly, I was going to be a groundsperson as I'd hoped." 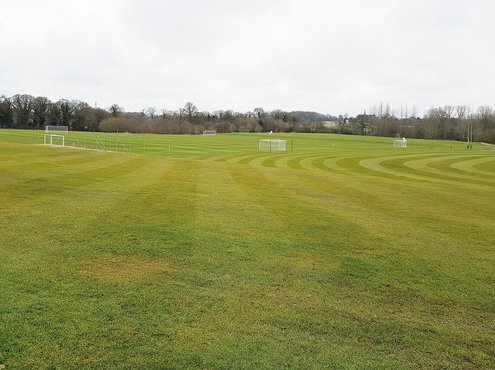 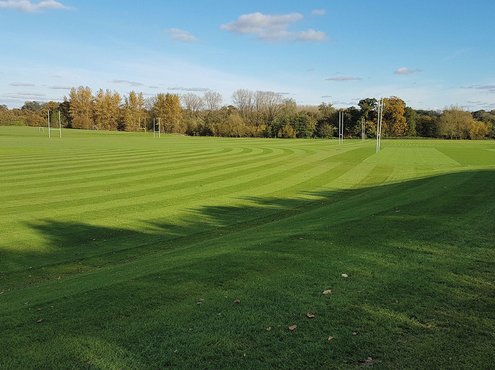 I moved to St. George's around five months later, after the FA had completed a restructure. After six months, I was asked to go for a "team leader" role, which I was initially unsure about as didn't feel I was ready for the role. I told Alan exactly that, and he listened. He saw something in me that he thought would work, however. So, I accepted the job, knowing it would require me to climb a steep learning curve.

The others doing the same job to which I'd been assigned had far more knowledge at the time, having travelled to take the job with Alan when he moved from Ipswich Town FC, as well as a good few years' experience by then at St. George's.

It got to a stage where I felt I wanted to progress personally and professionally. For me to progress into, for example, a head groundsman position at that venue would have required the other two leaving, which was extremely unlikely.

One has now left, but his counterpart is still at St. George's and has now, expectedly, taken the senior role immediately below Scott Brooks, who is in Alan's now-vacated position.

I spoke to my friend Ed Mowe at Leicester Tigers RFC - who used to be with Leicester City Football Club - asking him to contact me if he heard of any advanced roles being advertised.

I thought that, even if I didn't end up getting the jobs for which I interviewed, it was about time I had some interview experience to stand me in good stead for when I was ready. 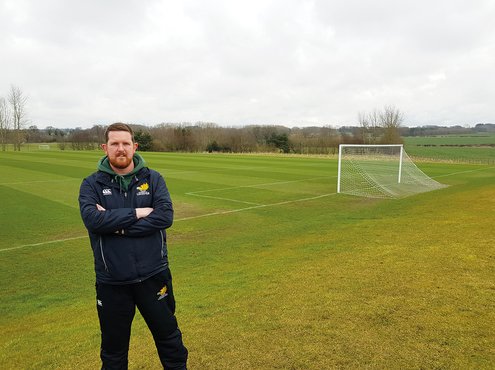 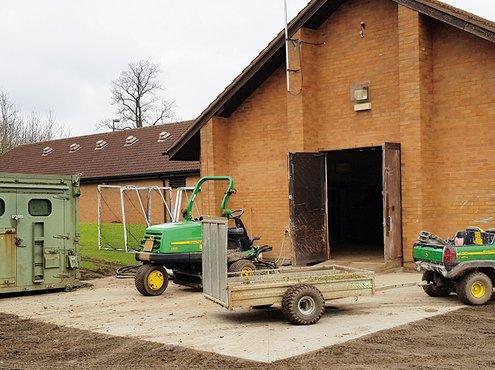 Quite quickly, he responded with the vacancy at the University of Leicester. I came and spoke to Adam Tester, who used to do my current job and is now my boss, and he was keen, whereas I was dubious.

It would require further travel and a drop in wages, which is difficult because I have kids and a mortgage, but it was the correct decision. I've had a good run so far [Chris started less than a year ago], and I've learnt a lot in my short time here.

I'm happy to be managing my own team and setting the budgets for the year, in terms of fertiliser, seeds, renovation - all of this was brand new to me when I joined here, but thankfully, as I say, my boss had done the job immediately before me.

At St. George's, we had certain responsibilities which were designed to bring us through in the hope that we would take on those higher-responsibility roles eventually.

We had to be a bit more computer-savvy at 'team leader' level, which is massive in my current job. We had emails to attend to, daily computerised logs to fill and file on how many hours' wear to which each pitch had been subjected and that sort of thing, as well as fertilising logs etc. 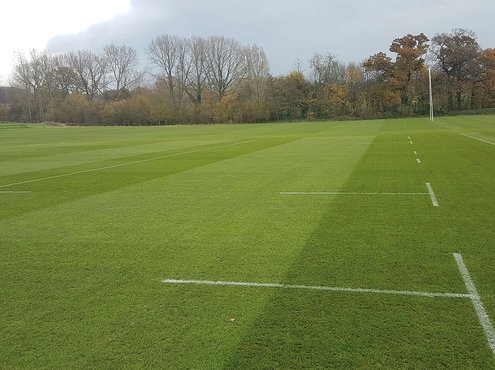 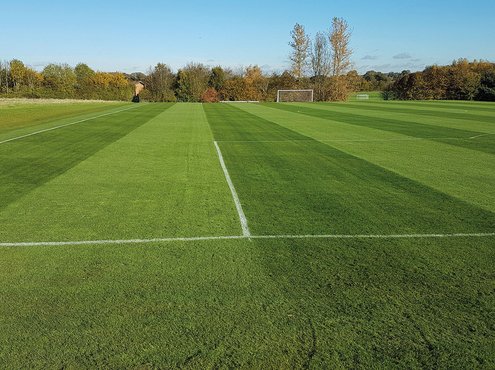 So, I arrived here with a bit of knowledge on that side of the job. But now, we host Leicester Ladies U10, U12, U14, 16s, along with intramural games (in-house teams) and outside bookings for pitches, so there's an ongoing dialogue with them, especially during this part of year with all the moisture in the surfaces on this heavy clay profile.

I have to deal with staff holidays, which I've never had to do before. I have to manage sickness, which is brand new to me as well. Adam, though, is always at the other end of the phone and I never have a problem he can't help with. And I see him in person almost daily.

And, with all that help, it's good. I feel like I'm doing alright in the role [to put that into context, Chris made several self-critical statements, and 'alright' could mean anything from 'alright' to 'excellent'].

I've never been near as knowledgeable as I am now, so when someone comes in to see us and sell product to us, I can provide a lot in that conversation.

A lot of people think in quite a linear mode about grass, and I learn now from those people coming in and advising us on the surface and what products might be of value to us.

You cut grass and you put a pretty pattern in it - no! That's not it. They don't see what goes on the other six days of the week, especially across a complex of this size, with all the aeration or scarifying.

You never stop learning in any job, and there's a heck of a lot to learn in this one, so all the science should be attacked like you're a student.

I've got books at home that I still need to get around to reading which are on topics as specific as how to deal with certain soil profiles and nutritional conditions.

I do struggle to switch off when I get home. That's a big problem of mine.

Today is a nice day; nice and dry. But, it's the first spell of two consecutive dry days for months, and switching off when you can't find two dry days in months isn't easy. 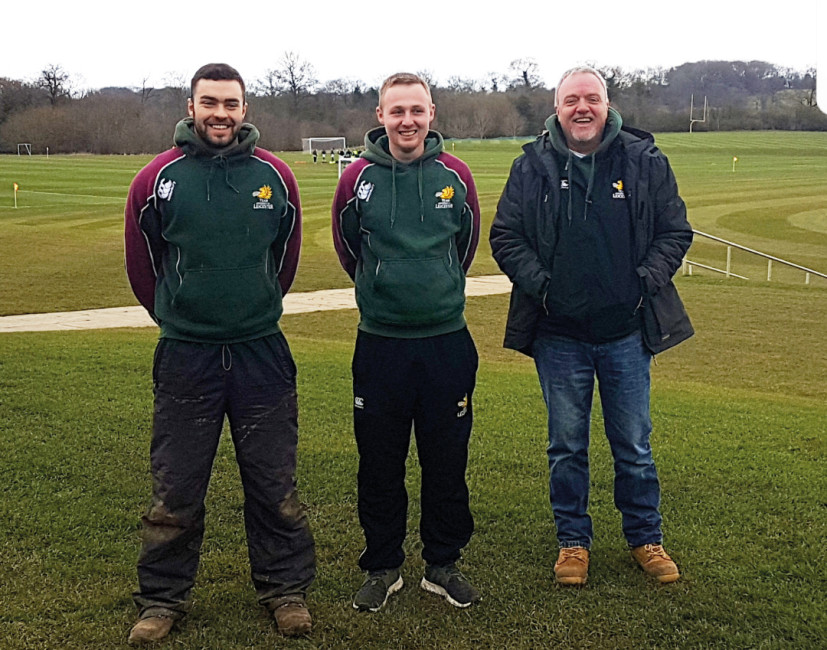 Usually, I'd say I want to cut and make it look better, but I've been in the situation recently where I've had to tell myself it isn't worth it, and leaving it be will be better in the long run - as has he.

What that means is that I get home and realise I can't do what I'd planned to do, so I'm there at home changing my plans for the next day. It's unavoidable.

We can host up to nine games on fixture day, including rugby union, football, rugby league, lacrosse, ultimate frisbie, American football, as well as getting the cricket squares ready for the summer.

Our season started on the 4th October, and we finish at the end of March. From what I gather, varsity fixtures tend to be the last ones of the season.

By the time we reach April, we'll have completed over 250 games. In addition to that heavy workload, the three-and-a-half of us - three full-time and one part-time - contend with around fifty-five acres of direct playing surface. It's a lot of land to take in for just us.

We work 7:30am-3:30pm, and we sign in and out with a finger recognition booking system, but I also have a paper back up.

I'm hoping that we get an apprentice or two this year, because there is a bit of an overlap, and it's worth remembering that we're all very recent employees too. We're all new.

Jack Gilford, who plays at a high level of cricket, looked after his local square for a long time, but he's given that up to work here. Cricket is specialised, so it's crucial to have someone who can manage it well.

That's a godsend for us, because I haven't got a clue about cricket, and it's the little bits of help like that - the collaborations - that keep everyone performing at their best.