Calderdale's cricket clubs along the Calder Valley were assessing any damage today after more flooding at the weekend. 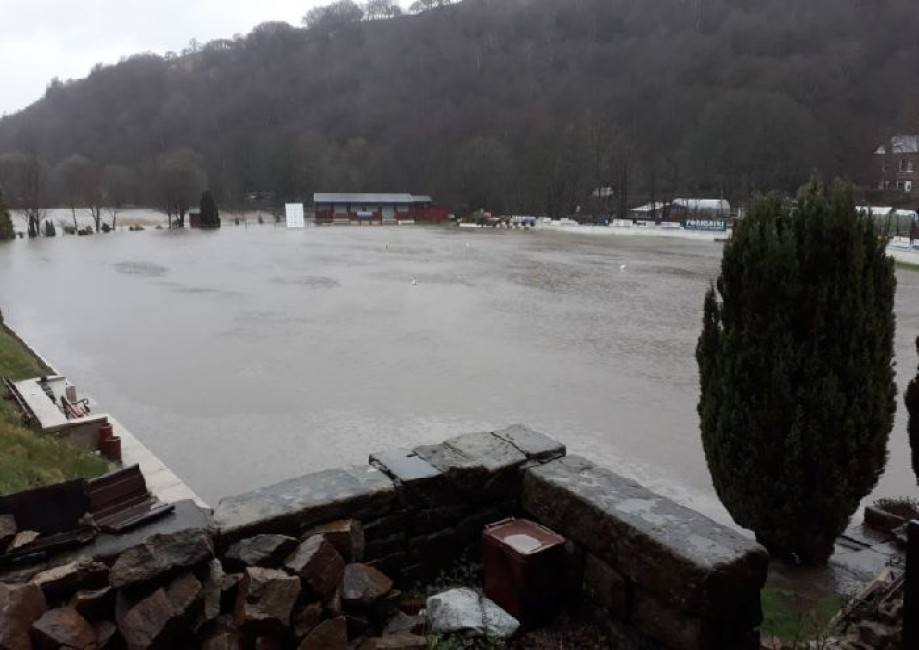 Bridgeholme, Sowerby Bridge, Copley and Mytholmroyd were among the clubs who suffered greatly during the Boxing Day floods of 2015 and were in the firing line again.

Bridgeholme CC groundsman and club stalwart Keith Hudson said the pitch had been flooded yesterday but much of the water had now disappeared.

"I'm going to do a survey to check and clear the drains but I don't think there is too much damage.

"We actually get flooded two or three times a year but it's only when the river breaches the wall at the side of the club that we get all the silt, sand and rubbish."

"Water alone is not a problem unless it gets into the pavilion."

Sowerby Bridge's pitch and the lower level of the clubhouse were flooded late yesterday.

Secretary Keith Clay was among a work party of between 16 and 18 people at the Walton Street ground today.

Bridge's clubhouse had to be gutted after 2015 and now has two levels with the carpeted bar area upstairs and changing rooms downstairs.

Clay said the lower floor was being cleaned and disinfected today. The upper level of the pavilion had been above the water level.

Bridge's Tim Helliwell, who is the Spenser Wilson Halifax League's secretary, said the water had been around six inches deep in the changing rooms and items had been moved upstairs.

He said a strip of the field was now clear of water and appeared to be free of debris.

Hopefully, in 24 hours, the water will all have gone, the field will be just a bit wet and we will have got away lightly."

Mytholmroyd president Nigel Robinson said between a third and a half of the ground at Ewood Holmes had been covered in water but no silt had been left.

Copley had issue a warning on Saturday evening to club members not to go down to the club for safety reasons and that the flood barriers were in place and important club items had been moved to higher areas.

Club official Richard Hoyle said today that he understood the field had been covered, but there was no silt and the clubhouse had been out of harm's way.

For the full article visit: www.halifaxcourier.co.uk