by Football Foundation
in Synthetics and Football
on 25 Jul 2018

Three sports hubs have recently benefitted from grants delivered by the Football Foundation supported by investment from the Premier League and The FA Facilities Fund. 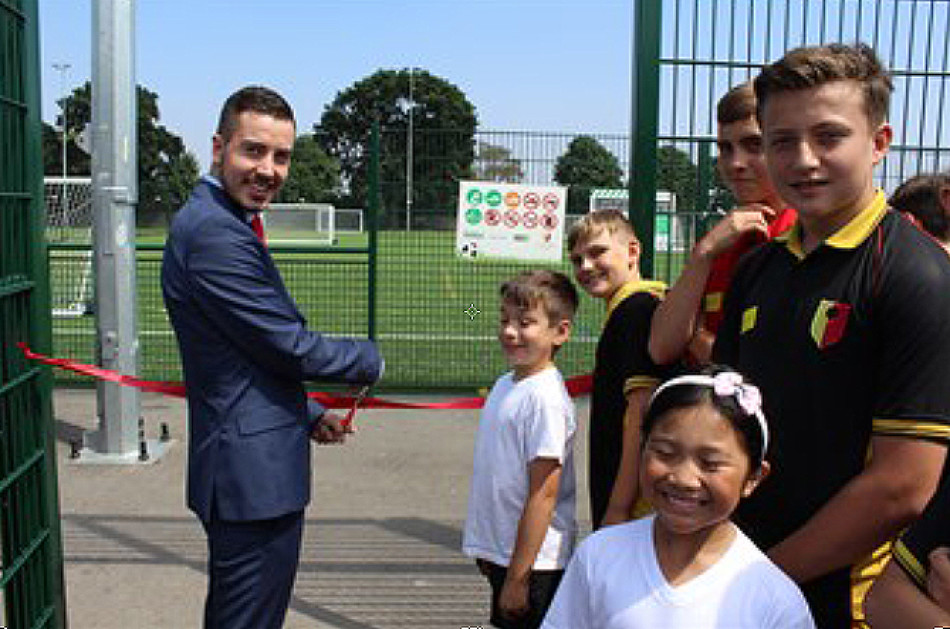 The new pitch has been installed with floodlights, enabling increased capacity and availability of the college's facilities thanks to it being usable during the evening. Not only will pupils at the college benefit from the facility, but also players from partner club Solihull Moors FC and its Open Age Disability team, which Charlie set up after suffering severe brain damage at 15, when he was hit by a car as he crossed the road. In addition to this, FA referee and coaching education will also take place at the new site.

John Henry Newman Catholic College were awarded a £393,441 grant from the Premier League & The FA Facilities Fund towards the project. The college worked alongside the Football Foundation and Birmingham County FA to compile a five-year Football Development Plan, which is a vision of how sport will be played on-site with an emphasis on increasing participation.

The new pitch is set to enable a growth from ten to 50 teams in junior and adult formats, with 22 new Under 14 teams for boys and girls. This will support a predicted increase of 660 players and is expected to result in a 471% increase in football participation on the site.

The overhaul of the club's Rivacre Road site was made possible thanks to investment from the Premier League & The FA Facilities Fund, which is delivered by the Football Foundation. The grant enabled the club to install a new floodlight 3G AGP, refurbish an existing AGP, which was originally funded by the Football Foundation in 2001, and to carry out improvement works to the changing rooms.

This means local side Vauxhall Motors FC, who currently play in Step 6 of the North West Counties Football League and were founded in 1963, can continue safely playing football on-site, even during the winter months. The two new state-of-the-art all-weather pitches will provide a first class sports hub that can be used throughout the year.

The two new pitches will also benefit a number of clubs and schools in the community, including Neston Nomads, Hope Farm JFC, Saughall Colts, Chester & Wirral Flexi league, Cammell Laird 1907 FC, Young Lions FC, Over 35 FC and Wirral Vets FC. The clubs can now cater for higher demand from the local community, thanks to the surfaces still being available in bad weather conditions, which would render many grass pitches unplayable. In addition to this, Everton Free School and Sixth Form College is also going to use the site from September 2018 running BTEC qualifications. 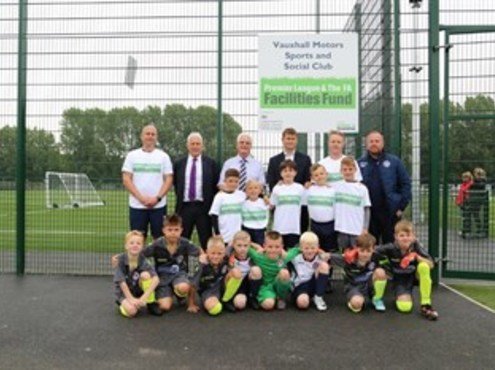 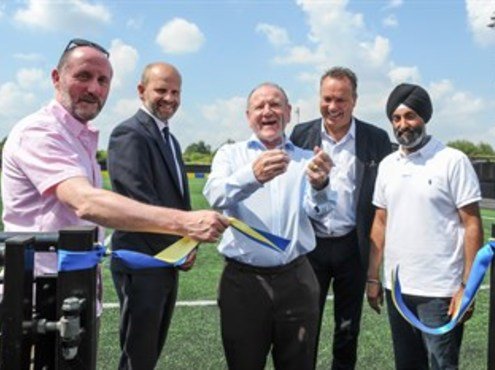 Sporting Khalsa Community Facilities Ltd., which was set up by a group of friends at a local Sikh temple in 1991, received the investment to help replace the existing pitch with the new 3G AGP. They have also been able to perform other works, such as improving the existing floodlights.

The new facility provides a more reliable, consistent surface during training and matches, and can be used all-year-round. This will improve scheduling flexibility, and reduce the risk of match cancellations due to bad weather. Sporting Khalsa FC's players, including three women's sides and its first team in the Midland League Premier Division, are set to benefit from this along with a range of other users.

In addition, the new surface provides a state-of-the-art venue for Walsall FC to deliver player development sessions. Users also have access to five small-sided 3G AGPs and changing provision on-site, as part of the Black Country Performance Hub. The facilities, with the addition of the full-size AGP, will help to grow local community football.

Sporting Khalsa Community Facilities Ltd. were awarded a £579,564 grant from the Premier League & The FA Facilities Fund towards the project. They also received £75,000 from Sport England. The organisation worked alongside the Football Foundation and the Staffordshire FA to compile a five-year Football Development Plan, which is a vision of how sport will be played on site with an emphasis on increasing participation.

Across users, it is hoped that the upgraded surface will support the creation of 42 new teams - a number of which would be within Sporting Khalsa FC. The club hope to grow from their current 17 teams to a total of 24, with new sides in a range of age groups. This will help the club to provide a complete player pathway, for both male and female members.