by Editor
in Football and General Interest
on 28 Apr 2018 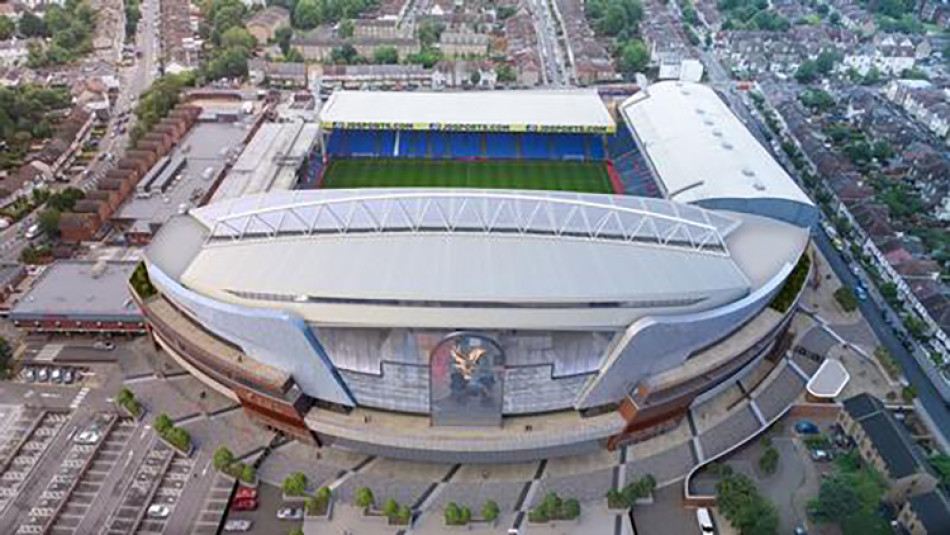 Crystal Palace has been given the green light to build an "iconic" new Main Stand at its Selhurst Park home, after Croydon Council resolved to grant permission for the project designed to redevelop the stadium for the modern era.

The centrepiece of the project is the new Main Stand: a five-storey structure featuring an all-glass front - a homage to the club's earliest days when it stood in the shadows of the original Crystal Palace exhibition hall, designed by Joseph Paxton and opened in Hyde Park in 1851.

A central vaulted arch, with the club's famous Eagle crest, will also reference Paxton's pioneering building, while eagle wings will flank the structure.

Also planned are new premium hospitality and entertainment spaces, including a Tunnel Club, for more than 2,500 supporters; a club museum; community areas; improved facilities for supporters with disabilities; and an expanded pitch - allowing the stadium to host UEFA tournament football. 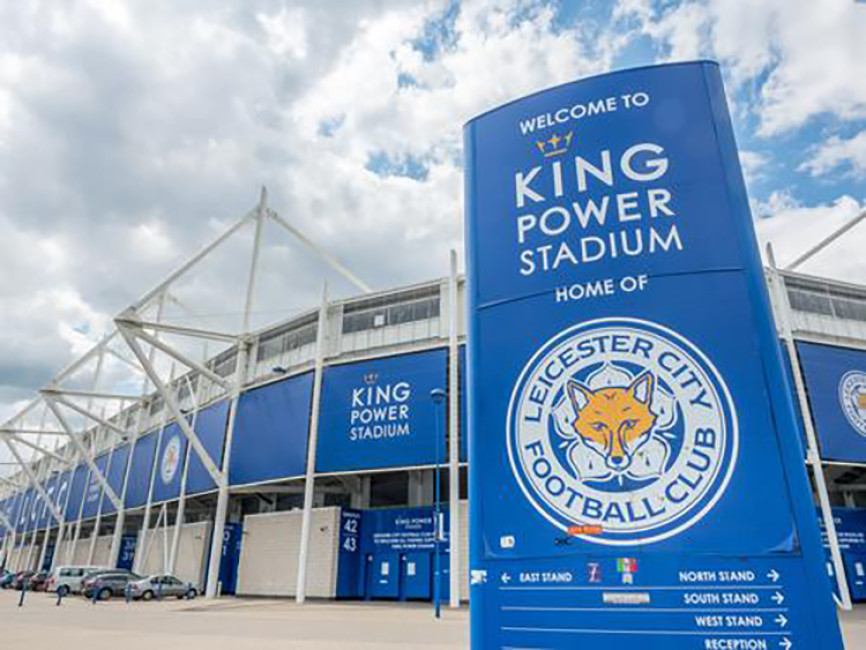 Leicester City has revealed plans to increase capacity and improve facilities at its King Power stadium.

In a statement, the club's vice chair, Aiyawatt Srivaddhanaprabha, said the club is also looking to undertake "significant investment" in the stadium's surrounding areas.

"We are now in a position to begin a more thorough consultation on the development of King Power Stadium," Srivaddhanaprabha said.

"The plan is to increase capacity and upgrade facilities for the stadium itself, and invest in the surrounding site to create an exciting events destination for the city of Leicester.

"We must ensure that any future proposals serve to enhance that experience, not dilute it. It will be a major priority in our planning.

"We are only in the very early stages, but it's exciting news I wanted to share with our supporters." 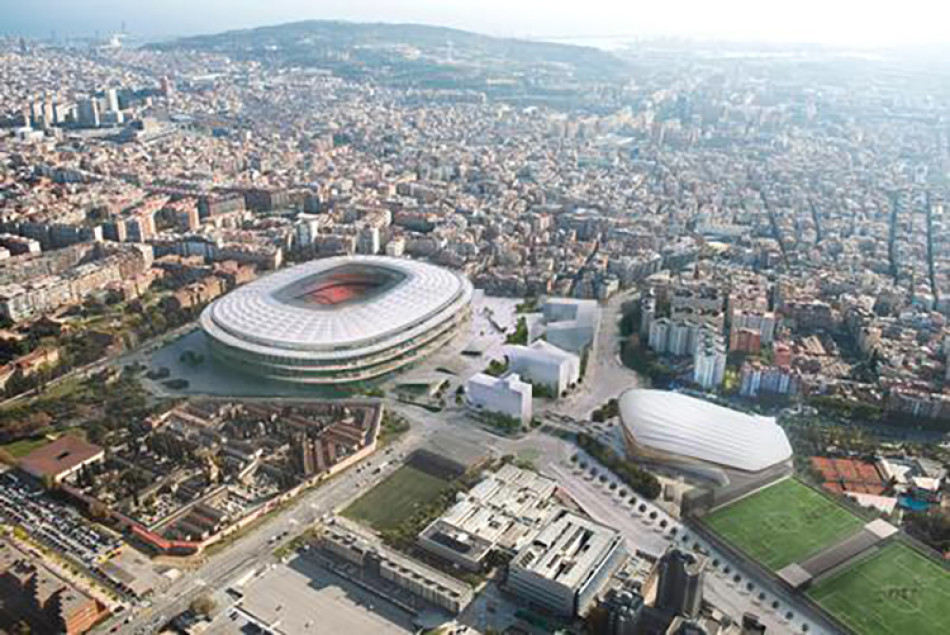 FC Barcelona's ambitious plan to create a vibrant district dedicated to the club and its brand around a redeveloped Camp Nou stadium has been given the provisional green light by the city council.

An agreement between the club and the city was reached yesterday (12 April) paving the way for a Modification to the General Metropolitan Plan (MPGM), which would allow the creation of Espai Barça, or 'Barça Space'.

The district will be a permeable pedestrianised and landscaped boulevard for all things Barça. Blending into the districts of La Maternitat and Sant Ramon, it will integrate with the city 24/7: a neighbourhood of restaurants, cafés, sports facilities and the club's museum and megastore. Hotels may also feature in the future.

Amenities typically found in an interior concourse of the stadium will be placed outside, with the floor rising to fold over them in polygon shapes.

The club hopes the result will be "every Barça fan's dream" - a place they can call their own which will increase the club's engagement with fans, its revenue and the value of its assets, boost sponsorship, improve conditions for its athletes, achieve environmental sustainability and generate activity 365 days a year.

Tottenham Hotspur has announced its commitment to phasing out single-use plastics across all club operations at its new White Hart Lane stadium. 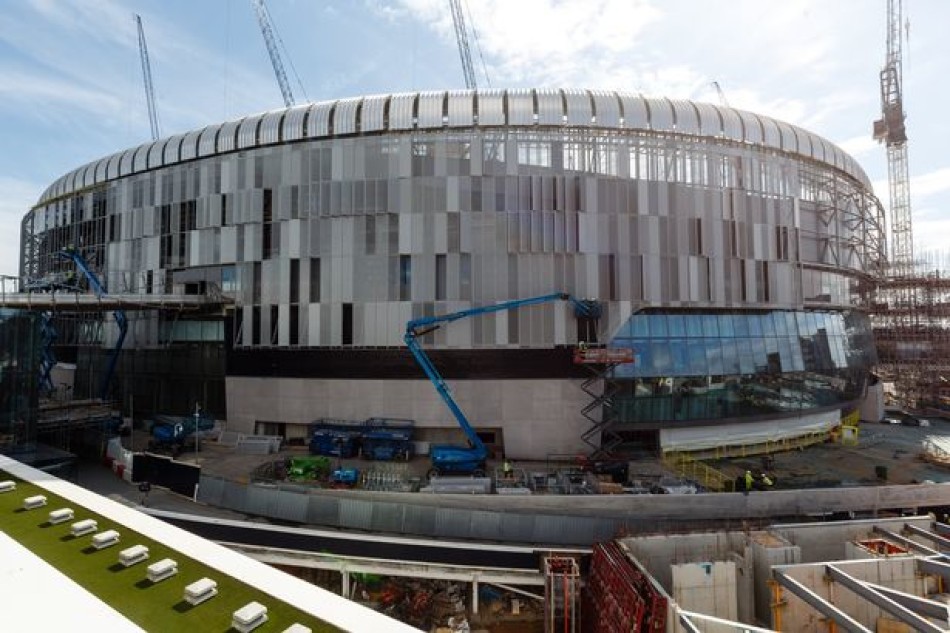 There will be no plastic straws, stirrers, cutlery or any plastic disposable packaging used at the stadium, while all new supplier contracts will include a requirement to reduce single-use plastics.

Chair Daniel Levy said: "As a club we have always taken our responsibility to care for our environment seriously. We have demonstrated this with the environmentally sensitive development of our Training Centre, where we have preserved historic hedgerows and planted for the future and which will see us adding an Environmental Centre and Nature Reserve there too. Another first by the Club.

"We shall now be bringing our values to the new stadium to both play our part in the reduction of single-use plastics and raise awareness of the importance of doing so."