Bridgnorth Golf Club in Shropshire recently signed their fourth renewal agreement with Toro despite competitive offers from other brands because "nothing matched up" says head greenkeeper, Martin Jones. 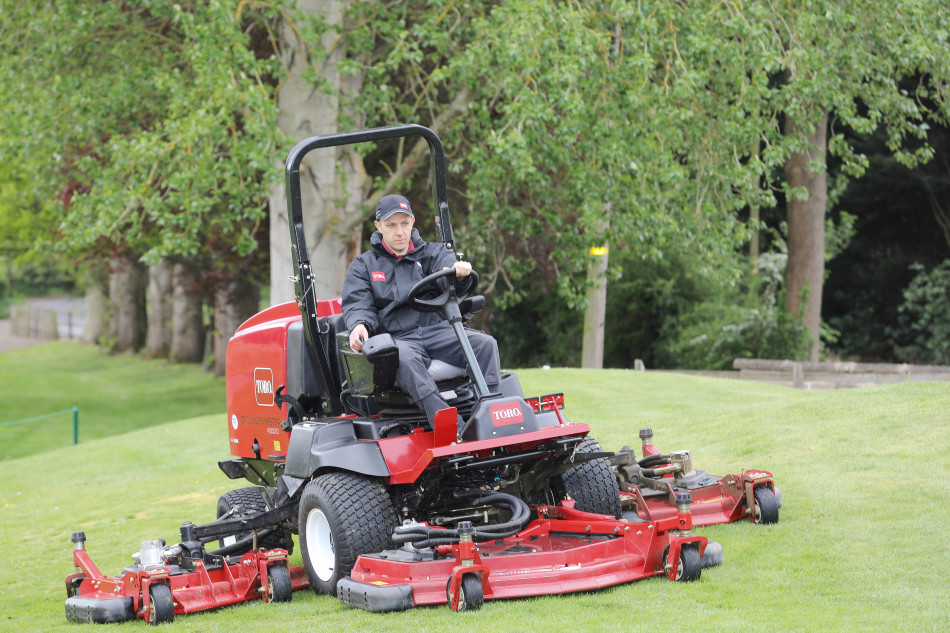 When it came to the end of the club's third renewal agreement with Toro, Martin chose to consider all the options to find the best possible machinery for the parkland course situated alongside the River Severn.

"One company even brought a whole fleet for us to trial," says Martin. "But at the end of the day, myself and the whole team agreed that nothing matched up to Toro.

"Since our first agreement, we've been impressed with the quality of machines, service and the improvement to the course, and it's continued to get better through the tenure of two more agreements. In fact, in the last five years, I can count on one hand the number of issues we've had! That's an incredible track record that's hard to beat."

Martin also credits the service from local dealer Oakley's Groundcare and Reesink Turfcare, an official Toro UK distributor, as largely influencing the decision to renew for a fourth time.

"We've got a great relationship with Oakley's. On the rare occasion we have a problem, I know I can pick up the phone and they'll get a mechanic out to us in an hour and a replacement machine within a day. Similarly, Reesink's area manager John Pike has been really helpful, from general advice to the training; it's all been great."

Having been at the club for 42 years and head greenkeeper for over 20, Martin knows quality when he sees it, which he says is exactly what Toro provides.

"The quality of Toro machines is second to none and every single machine does exactly what it says on the tin. That's why we've renewed like for like as well as purchasing a couple machines from our previous fleet."

"With every new renewal the course has improved, particularly the fairways and the tees," Martin concludes. "With Toro things just keep getting better!"