0 Toro Irrigation talk of the town at Pennard Golf Club

With an irrigation system in desperate need of replacing, Pennard Golf Club opted for a combination of Toro Lynx Central Control and Toro sprinklers, based on multiple recommendations from within the industry. 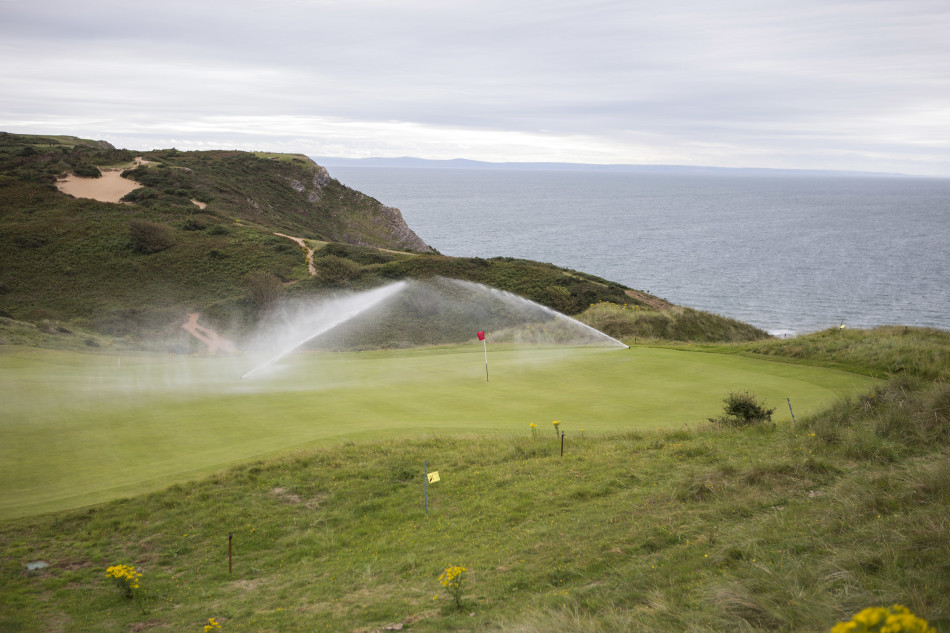 Club manager Rhys Morgan explains: "Our previous irrigation system was nearly 40 years old and was suffering everything from leaks to electrical failures, so we needed a new system fast. Instead of spending time seeing different systems demonstrated, we opted for Toro based on multiple recommendations, and in particular from Royal Cinque Ports, who'd seen great results from Toro irrigation. In fact, Toro comes recommended throughout the industry, so we knew it would be a success."

But what the club didn't bet on was how quickly they would start to see those great results for which Toro irrigation is renowned. "We knew that we would see an improvement to the course, but we didn't think it would happen so fast. We've had the irrigation operational since March and the change to the course has been drastic, particularly to areas such as the approaches which weren't irrigated previously. It's almost unbelievable how quickly the course has changed, so it's obviously very exciting for us to think what the long term results will be."

And the improvement has been noticed by the club's members too. With the course having to close in March due to the lockdown, members have come back to quite the surprise.

"Our members hadn't seen the course for a good couple of months," says Rhys. "And when they came back, they saw the full effect that Toro irrigation had made. The feedback from them has been fantastic. They are all amazed by the difference!"

The club is now benefitting from a winning combination of Toro Lynx Central Control system and FLEX 34, 35, 55 and FLEX B sprinkler heads installed across the tees, greens and approaches. And it's not just the products that have won over the club, but the customer service from Reesink Turfcare as well.

"The installation began in November last year," explains Rhys. "We appointed Roger Davey, a well-known independent irrigation consultant, as our project manager because we wanted to make sure we had the best expert advice.

Lakes and Greens was the successful installing contractor supported by Reesink Turfcare. Both have been fantastic the whole way through, and in particular Rob Jackson from Reesink. He's always been on hand for any questions, and we know that even now after the installation has been completed, if we need any help from Reesink and Lakes and Greens they will be there."

As a club that has made significant strides in the last few years and is now consistently making the cut for a number of Top 100 golf course lists, the new Toro irrigation system is set to help boost the club even more.

"We've been making steady improvements to the course in recent years, and this new irrigation system is the cherry on top of the cake," concludes Rhys. "And with our 125th anniversary next year, Toro has come at just the right time to help make the course the best it's ever been."