Based on a recommendation, Hamilton Golf Club in Lanarkshire, Scotland, opted for Toro for its irrigation refit. 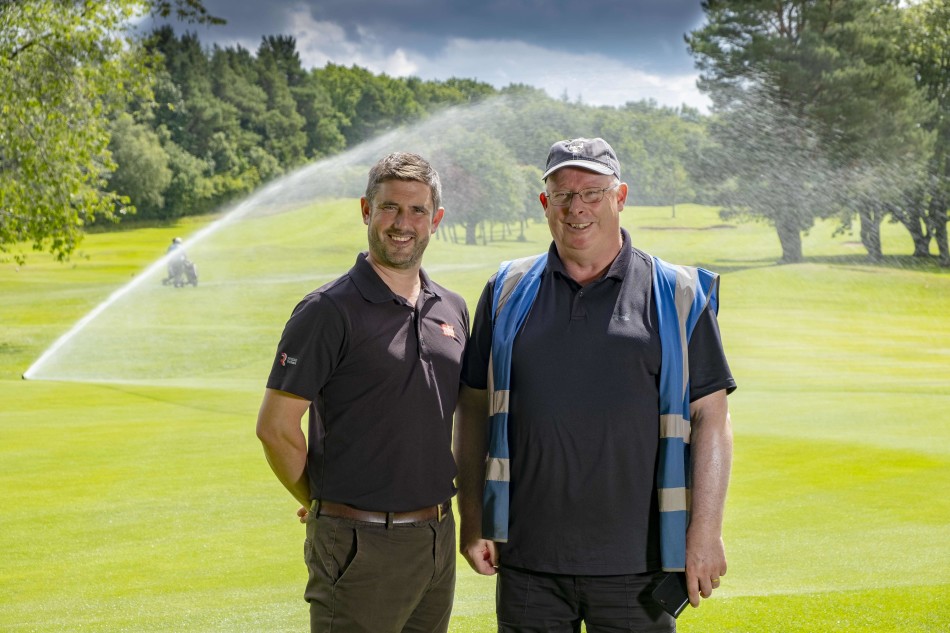 And based on its subsequent performance course manager Bruce Cruickshank credited the Lynx central control system and Infinity sprinklers for being "years ahead of the competition" and delivering "a definite improvement to the course" which has helped increase membership.

Bruce explains the journey to this point: "Our irrigation system, like many clubs across the UK, was originally installed in the late 70s so was overdue an update. We started the process by speaking to irrigation consultants about specific issues we were having with an excess of wet areas on the course. We weren't sure if they were caused by ineffective irrigation or drainage and they were able to recommend an irrigation upgrade to solve that."

Not only was the process completed smoothly, but the new system also proved vital for keeping the greens to a high standard during the heatwave last summer, as Bruce explains.

"Using the computer to adjust the sprinkler water percentage was very useful during that time and we would have really struggled without Toro irrigation," he says. "The incredible results we've seen really are a testament to the quality of the product. And praise must of course go to Applied Irrigation for the expert installation, Reesink Turfcare for the great back up provided, and to the club captain Michael Reilly for his work and support."

Since having Toro irrigation on board, Bruce and the members at the club have seen "a definite improvement to the course" which can only certify the club's first investment in Toro as a success.

"The Toro Lynx controller and Infinity sprinklers have taken updating to another level - they're years ahead of the competition in terms of the technology and quality they offer," says Bruce. "The control system is just fantastic and it's so easy to use, being able to control so much on my phone is really useful. With the sprinklers, I particularly like that the spray height can be adjusted to deal effectively with windy conditions, plus being top accessible makes maintenance far easier."

"From start to finish, this process has been a joy to see carried out."