by Paul Shrimpton
in Machinery & Mechanics
on 03 Oct 2022

A Toro TRX-16 pedestrian trencher - supplied with operator - dug-out 400 metres of trenching in challenging land conditions in just one and a half days to the delight of customer Steve Stringfellow. 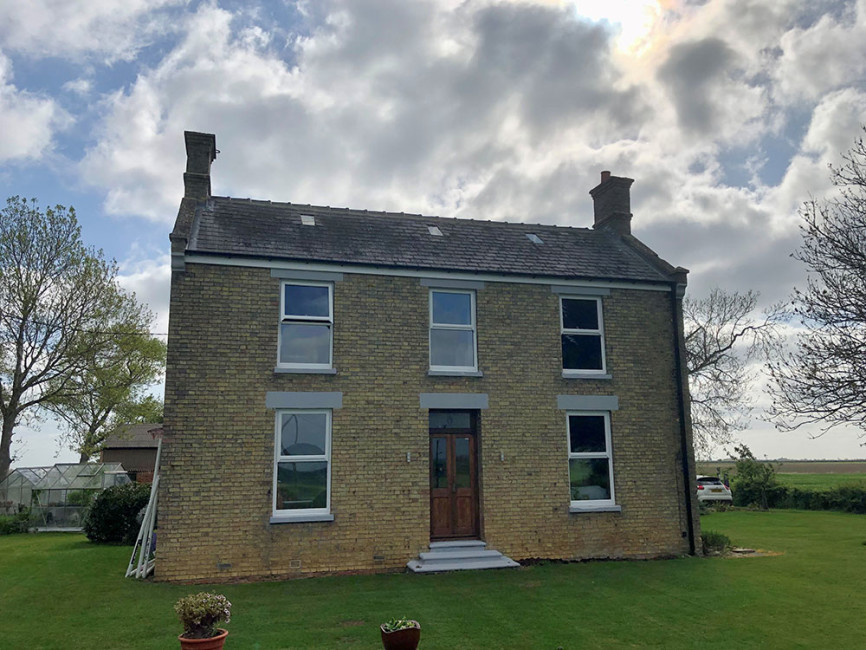 Steve, who lives in a remote farmhouse in Lincolnshire, wanted to lay a new water line from his house to the main water main, as the old existing iron water pipe ran across the farmer's field and during ploughing often got damaged.

He commented: "We expected some problems with the property being built in 1850. The ground is fairly heavy clay agricultural land, with lots of trees and other obstacles within it. My initial reaction was to get a JCB for the job, but realised that this would have caused a great deal of disruption. I also calculated that around 84 tons of sand would have been needed to backfill the trenches, which would have proved costly both in terms of buying the sand and the labour needed to do the work.

"One of my colleagues, who had used Trencher Hire UK in the past, recommended them. When I contacted the Operations Manager Steve Kingdom, he ran through a few options open to me and I selected a Toro TRX-16 with operator.

"Not only was the trencher cheaper to hire than a JCB but, with its narrow-gauge cutter, could access areas a digger couldn't. In addition, the narrow neat channels created by the Toro meant that probably only 30 tons of sand would be needed to backfill afterwards - saving both material and labour costs compared to a digger.

"The trencher operator Paul was brilliant and cracked on with the job straight away, but was also honest and upfront highlighting patches of ground where he could not get the Toro through and had to find another path.

"The new 32mm water pipe has been re-routed, but did have to pass over the old one and Paul was able to dig down without damaging it. 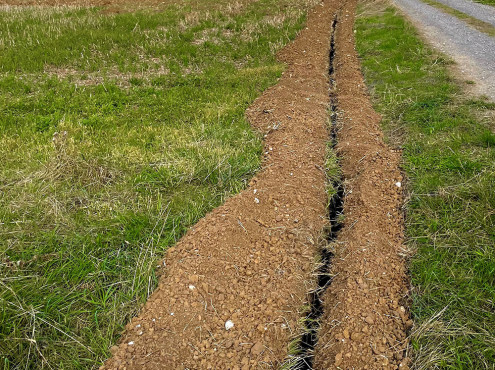 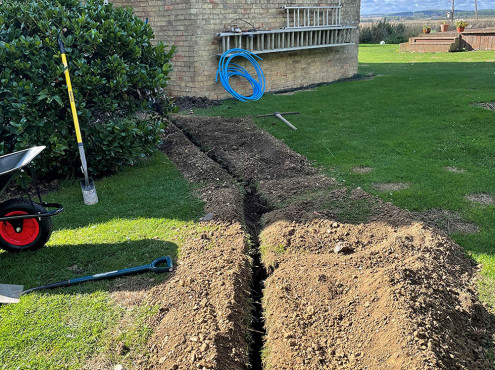 Most of the trenching was dug-out to a depth of 650mm and 100mm wide, but in some places adjustments were needed to be made because of large rocks and other obstacles. This meant that in some areas he only dug down to a depth of 500mm, or even as low as 400mm.

"I could not fault the service from Trencher Hire - it was 'spot-on'. They arrived on time, did the job that they agreed to do and with no excess costs.