As a multifunction venue, Newmarket Racecourse not only hosts some of the most world-renowned horse racing meetings, they also hold a number of concerts and corporate events throughout the year too. To keep both the Rowley Mile Racecourse and July Course worthy of a 'photo finish', Estates Manager Alan Hatherley relies on his Trilo kit of blowers & collectors to keep on top of the maintenance of the 27 hectares of mixed turf, tarmac and car parks. 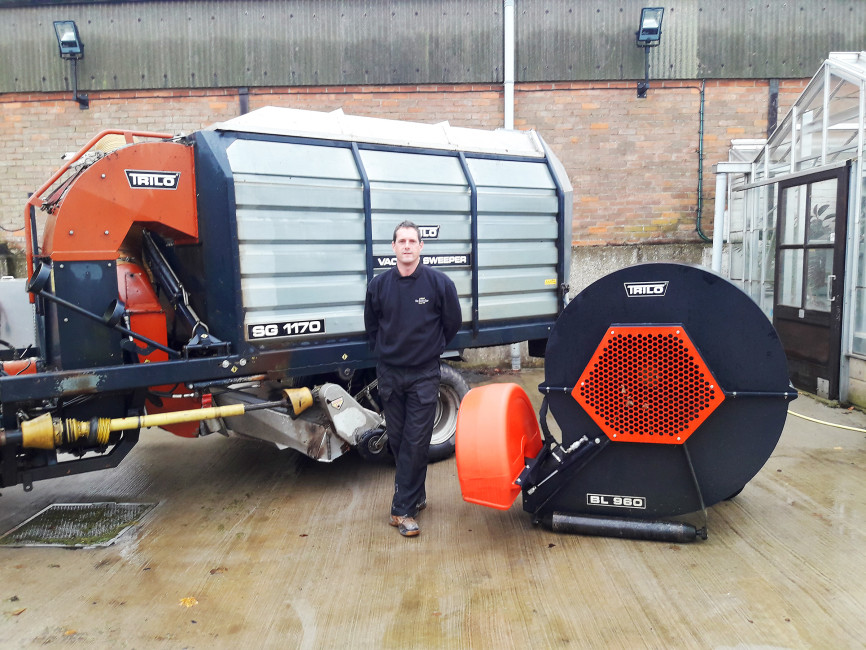 The 2017 Newmarket Nights season saw acts including Little Mix, The Jacksons and Olly Murs, to name a few, all take to the stage on the July Course. "Throughout July and August we generally have racing on a Friday evening, followed by a concert and then racing again on a Saturday. For a good act we often host a sell-out crowd of 22,000 people, creating mess and litter with only a turnaround of less than 12 hours to get the course fit again for racing the following day. The act and the type of audience they attract will ultimately determine the amount of waste we have to deal with and therefore the machine used."

Within their multitude of kit, Alan and his team of eight Groundstaff and four Gardeners have a Trilo BL960 blower, a SG1170 vac, and they also hire an S4 vac direct from local dealer Ernest Doe to cover the summer events season. "When there's a considerable amount of rubbish, the S4 is our main machine of choice. We use this to collect bottle tops, wrappers and litter from the site which ensures the clean-up is as quick as possible."

The larger SG1170 has been in action at Newmarket Racecourses since 2001. "The reliability of this unit is really what makes it stand head & shoulders above its competitors. Its size makes it ideal for collecting debris around the racing surface, and by using the units wander hose attachment, it can efficiently empty the stables and clean piles of rubbish or leaves - used in conjunction with our BL960 blower."

"With the units that we have at our disposal, we have the tools to keep our site clean year-round" explains Alan.