Twickenham head groundsman Keith Kent remains remarkably calm about the possibility that Friday's World Cup opening ceremony may damage his pristine pitch, which will stage 10 games during the tournament 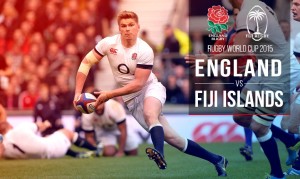 The dress rehearsal for the £1million ceremony took place on Wednesday night in atrocious conditions, with 17mm of rain falling on the surface at rugby's headquarters that day. More bad weather is forecast for West London before England's opening game against Fiji.

Yet Kent was delighted at the way his Desso pitch - natural grass and artificial fibres - coped with the downpour as well as all the people and props needed for the 20-minute ceremony. The pitch showed only superficial surface marks when all the event paraphernalia had been removed.

By the time England arrived to train on the pitch on Thursday there was no sign that there had been a rehearsal 24 hours earlier and Kent said: 'The Desso pitch drains remarkably well and I'm sure it will do so again if we get similar weather or worse on Friday.'

Kent said: 'There would have been no problem. United's Desso pitch can cope with either rugby code equally well.'

For the full article, visit www.dailymail.co.uk.