Five former students who drove a Ransomes Matador mower non-stop from Edinburgh to London's Hyde Park back in 1959, were reunited recently to commemorate their epic journey. 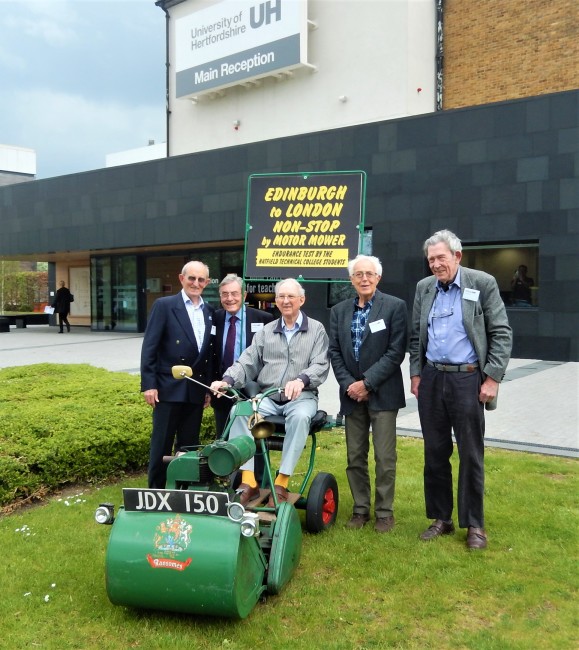 The University of Hertfordshire in Hatfield hosted a celebratory lunch and tour of the current Engineering faculty to celebrate their remarkable achievement.

Back in 1959, Tom Hudson, Mike Smith, Mike Savage, Hugh Tansley and John Wilson, who were all apprentices at the De Havilland Aircraft Company and day-release students at Hatfield Technical College, decided they wanted to test the reliability of small petrol engines, so they hatched a plot which became known as Operation Matador, to see if they could drive a mower from Edinburgh to London.

They contacted the management at Ransomes, Sims and Jeffries, the forerunner of today's Ransomes Jacobsen company, who quickly agreed to help them out. Ransomes provided a standard Matador walk-behind mower, slightly modified with a larger sump added to the 288cc Villiers engine to provide enough lubrication for the non-stop 400-mile trip. A team of four apprentices tested a couple of prototypes, running them around Ipswich for 90 hours, which was the estimated time it would take to travel at 3 mph down the A68 and A1.

With the trials successfully completed, the date for Operation Matador was set for Easter 1959. The five students left Edinburgh Castle with Tom Hudson driving the first leg and the others crammed into a Bedford Dormobile, which was to be their mobile home for the next four days. A gift of a haggis was placed in the grass box of the mower to be presented to the Keeper of the Royal Parks in London - a Scotsman - at the end of the journey. 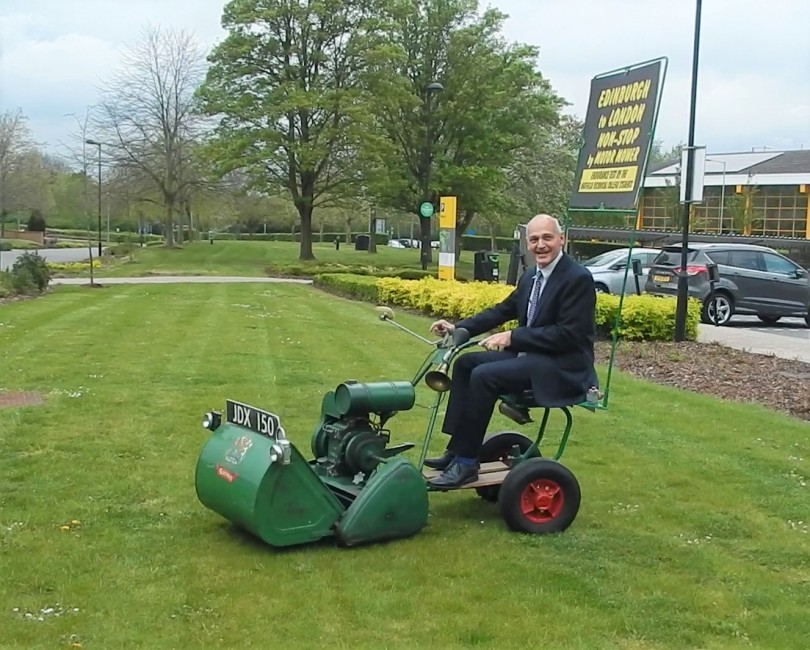 ,Vice-Chancellor of the University of Hertfordshire, Professor Quintin McKellar driving the mower

Four days and three nights after leaving the appropriately named Lawnmarket in Edinburgh, the students rode into Hyde Park to be greeted by a high-powered reception committee of Royal Park's staff, Ransomes top management and dealer representatives, a BBC television crew and the press. The haggis was handed over to the Keeper of the Royal Parks and a ceremonial strip of Hyde Park grass was mown to Ransomes perfection.

Back in 2009 Ransomes Jacobsen helped the team celebrate their 50th anniversary by organising a two-day visit to their head office in Ipswich, which included a replica of the

Ransomes Matador mower complete with the number plate and signage from 1959.

Ten years on the mower, now in the safe hands of the Ipswich Transport Museum, was parked on the lawn at the university to greet the intrepid Operation Matador team as they arrived. 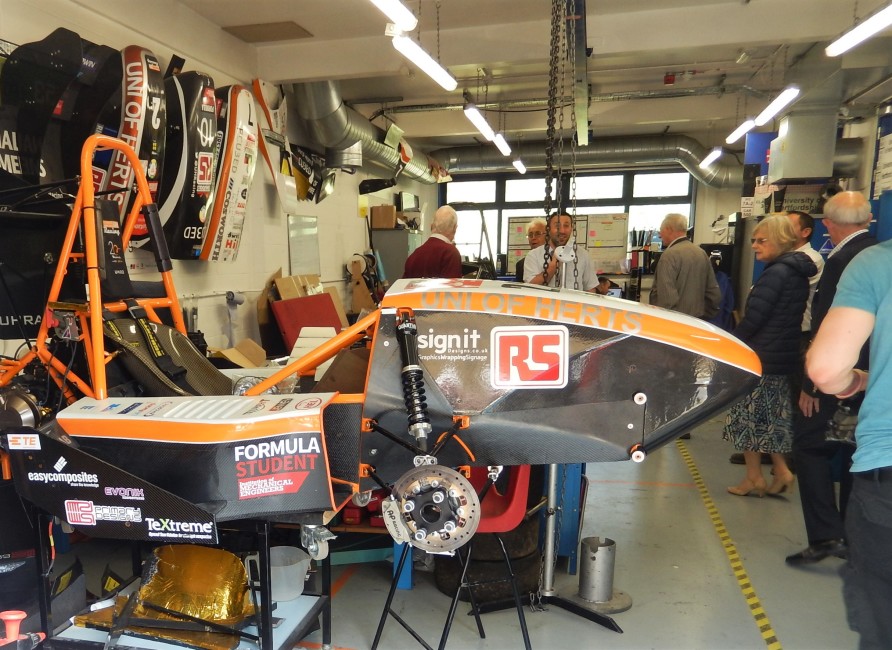 "I am delighted to welcome you all to this amazing celebration, some 60 years on from that epic Easter weekend back in 1959. It was an incredible feat and a credit to yourselves, Hatfield Technical College as it was then, and the Ransomes company. You have entered the annals of the history of the University and it's a pleasure to welcome you and your wives on this historic occasion, and to get a shot driving the lawn mower!"

Mike Smith, one of the 'masterminds' behind the ride added,

"We keep in touch with each other, but it has been 10 years since we were all together. What's really amazing is that we are all still here to celebrate again a decade later and we are truly grateful to the Vice-Chancellor and his staff for this generous recognition."

The celebrations concluded with a tour of the university's Engineering department to see the recently installed driving simulator in the Automotive laboratory, various flight simulators and the latest Student Formula racing car being designed and built by the engineering students.