by Sophie Wilesmith
in Industry News
on 09 Feb 2017

0 Updated app helps to keep on top of turf disease 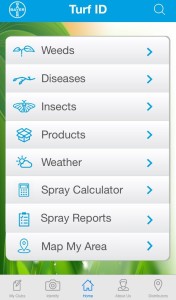 The use of technological advances in the turf industry is increasing, and with more than two thirds of the UK population owning a smart phone, more greenkeepers are turning to the use of mobile apps for identification and guidance.

As the weather becomes more unpredictable, and the continued threat of the loss of actives to treat weeds, pests and disease grows, it's increasingly important to spot early signs of turf infection - prevention is always better than cure.

With progressively changeable weather patterns, greenkeepers need to be on ball when it comes to disease identification, especially when it's possible to experience very mild then very cold temperatures in one season, and it's likely that typical disease windows may continue later than usual.

Over winter, daytime temperatures have been above average and overnight frosts have occurred in most areas. This makes turf more susceptible to diseases, such as anthracnose, appearing later than expected. "Conditions were similar last winter, I visited a golf course in November and it was smothered in anthracnose. The mild temperatures we've experienced over winter encourage the disease to occur later and later," says Dr Colin Mumford, Bayer technical manager.

Colletotrichum spp is the fungi that causes anthracnose, both foliar blight and basal rot, which are primary diseases of annual meadow grass (Poa annua) when it's subjected to stress conditions. "Anthracnose is most commonly seen on golf greens and in recent years, there seem to be more cases of the disease in late autumn and even early winter."

"Older leaves develop foliar blight first, most commonly in the mid-to-late summer, which can be easily mistaken for drought stress, and greenkeepers can sometimes wrongly respond by adding water and fertiliser. Greenkeepers should be careful as this creates favourable conditions which 'feed' the disease, intensifying it to a level that's hard to treat. So, it's best to diagnose early and alleviate any stress conditions.

The first signs of basal rot appear in the leaves, they typically turn yellow, and younger leaves can turn red. 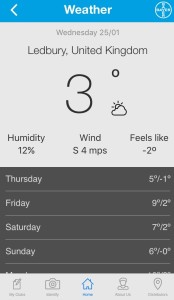 "During periods of cooler, wet weather, basal rot anthracnose can develop independently or from an outbreak of foliar blight. Recovery from this can be difficult as it often occurs when turf growth potentials are low," says Colin.

To help resolve misidentification problems, the updated Bayer TurfXpert app will enable greenkeepers to recognise any disease, weed or pest present in their turf. To identify weeds, you can choose the leaf shape and flower colour from a list of options.

For disease recognition, you work through a list of possible general symptoms, including the foliar indications and finally the sward composition, and once you have inputted these details the disease will be identified.

But if the weed or disease is unidentifiable or the key information is not to hand, then there's an 'identify' button at the bottom of the screen which can be used to take up to three photos which can be submitted directly to the Bayer Turf Solutions Team.

The photos are emailed to Dr Colin Mumford, who aims to provide feedback in 48 hours, with the identity of the weed or disease and the most suitable treatment for it.

With the changes in climate that are now occurring we can expect to see a rise in incidences of lesser reported diseases, such as cool season brown patch. "Currently there's no data to associate climate change with its increase in occurrence, but it does appear to correlate with wetter summers and warmer winters.

"We don't currently see many cases of cool season brown patch, but we should be prepared to tackle more incidences of diseases that are associated with warmer climates than our own and those that we have never had to worry about before," says Colin.

"For instance, rare diseases such as pythium may start to become an issue for British greenkeepers in the future if climate change continues to progress." 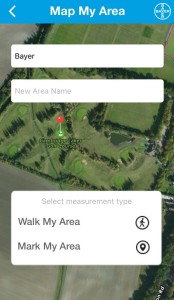 Colin adds that disease misdiagnosis can be devastating. "To aid in identification I'd always recommend looking at historic data as well as ensuring that you're aware of favourable disease conditions to help keep the turf as healthy and stress free as possible."

Another disease to be on the lookout for throughout the year, but especially during the wetter autumn and winter months is Microdochium patch (Microdochium nivale), which is still commonly referred to as fusarium.

Turf covered by snow, particularly if it's not already in a healthy state is more susceptible to microdochium patch and pink snow mould. Colin recommends that if a significant snow cover is forecast, then a preventative spray of fungicide will help the plant fight off any potential disease outbreaks. A preventative approach will help greenkeepers to be in a better position, come the spring.

However, Colin reminds greenkeepers that if only a light snowfall is predicted, for less than 24 hours, a fungicide may not be necessary. "A greenkeepers knowledge of how their turf reacts to specific weather conditions will help to determine the best course of action."

From specialists to turf professionals, Bayer has found that greenkeepers would value a device that helps with the often complicated calculations for tank mixing.

The latest update to the TurfXpert app now helps users to calculate product requirements by mapping out a specific area using GPS technology to accurately calculate the exact amount of product required to treat the chosen area. On top of this, any applications that have been made can be recorded in the sprayer log section with the option to forward on the details via email.

"The job of a greenkeeper is becoming harder, as there are more and more sporadic appearances of turf diseases, and a reducing number of active ingredients to control them," says Colin. 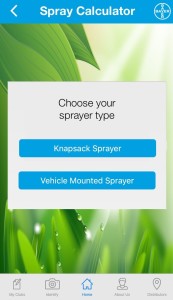 So, to aid in the greenkeepers decision making, Bayer has added a new weather feature to the updated TurfXpert app, which not only provides the user with the most accurate local weather forecasts, but also provides information on typical potential evapotranspiration, soil temperature and surface temperature for your local area.

The current version of the app has already been downloaded by 24,826 professionals in the industry, and it's becoming a vital tool in the greenkeeper's armoury.

Colin receives around 20 turf weed, pest and disease enquiries each month through the app. "I get enquiries from across the whole of the UK and Ireland. Occasionally I get enquiries from abroad, but I forward these onto my counterparts in the wider Bayer Turf Solutions network to ensure they have local and accurate advice for their specific area."

All the information on Bayer turf products and distributors is also available on the app, so you can find the nearest stockist of the products throughout the UK and Republic of Ireland.

The TurfXpert app is just one part of a wide offering from the Turf Solutions Team. "We aim to provide solutions, information, support and guidance. While we help remotely with identification via the app, we are also happy to go out for site visits and advise on any issue," says Colin.

The Turf Solutions Team are clear that the best way to avoid disease is to ensure that it's in the healthiest condition possible to stand up to stress, and to always be on the lookout for changes because early identification gives the best chance of successful treatment and recovery.

The new TurfXpert app update was officially launched at BTME in January 2017 at the Harrogate International Centre.

The TurfXpert app is now available from the App Store and Google Play.