Police are investigating vandalism at a Crouch End-based cricket club where the club's mobile pitch covers and the playing surface was damaged. 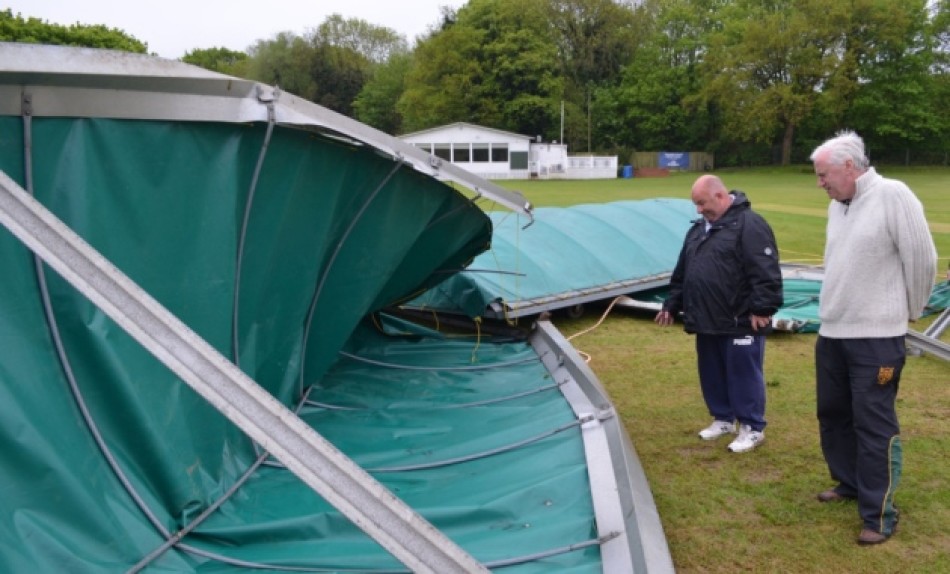 The people responsible got into the North London Cricket Club grounds last Friday, between 9.00pm and the early hours of Saturday.

The damage was first realised when the groundsman, Andy Bennett, arrived at the ground on Montenotte Road, Crouch End on Saturday morning.

The team has previously had anti-social behaviour take place on their car park. This has led them to close it at night and install CCTV.

They believe somebody attempted to turn over one of the covers, while they believe another was jumped on. According to the club's vice-president Stephen Gardiner, they are hoping one of them can be repaired.

NLCC chairman, Martin Issitt, said: "It's pretty depressing after all the hard work that has been put in over the past two weeks by ground staff and volunteers to get the cricket season underway.

"It is difficult enough dealing with the recent wet weather and waterlogged pitches without having to cope with this sport of wanton destruction."

The covers will cost over £6,000 to replace. However unlike other sporting teams, the side may struggle to find enough money to buy a like-for-like replacement.

"It's money the club has got to find," said Mr Gardiner.

"The cost of keeping a cricket pitch is substantial, there are massive things that have to be done. We've not got the same finances as other clubs, we usually just tick along," he said.

Mr Gardiner, 67, who lives on Ridge Road in Crouch End said the club have been lent covers by Middlesex Cricket Club in the short term but they need to look at a way of buying a long-term replacement.

"Something like this is a set back. We may have to look at holding some fundraising events in the future to help fund a new one."

Despite the disruption caused, the side will be able to carry out their fixtures for the rest of the year. Their game on Saturday was called off for rain, which meant they didn't have to rush repairs.

"You will never completely stop rain getting in, and wickets are always difficult to maintain," he said.

You can read the original article from Ham & High HERE