0 Ventrac – now a credible and relevant brand in UK groundscare

Returning from a very successful SALTEX show, Rupert Price, managing director of UK importer Price Turfcare, says that Ventrac has now been accepted as a relevant brand in the UK groundscare sector. 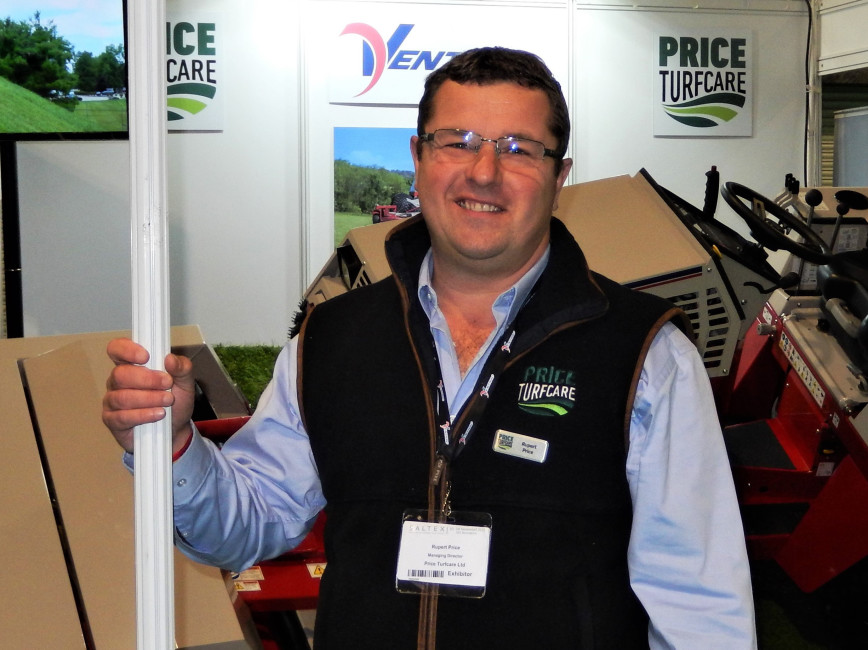 "At the end of the first day at the show, we were returning to the hotel and reflecting on the high level of business and number of visitors that we had seen. Honestly, we were sceptical about the possible visitor numbers prior to the show, but were very pleased with the footfall across the stand and the number of demonstration requests received. The discussion with the first visitor set the tone for the day with a demonstration arranged for late November."

"It occurred to us that we were being perceived in a different way than at previous events; we had become an accepted and credible brand in the sector. Instead of having to explain who we were and what the machine could do, we were talking to an audience who had seen it on social media, in the trade press and at events and now understood the benefits that it could bring to their business."

"For me, this change of perception was a very pleasing and a testament to the efforts of the small team here at the company. They have worked tirelessly to promote and demonstrate the machine across the UK for the past six years. We have come from nowhere in 2017, when we launched at BTME and with the incredible support of the manufacturer, Venture Products Inc, we have gone from a presence of zero machines to over 200 today. The forward order book is healthy, we are getting regular shipments of machines and are now looking at larger premises for the new year."

"The atmosphere at SALTEX was very positive; people were really pleased to be meeting up with the industry again. It was just a good feeling to see customers, prospects and former colleagues in a positive environment. There were many discussions about supply chain issues, the inevitable price rises that we are all experiencing and the state of the sector, but all-in-all, it demonstrated the robustness of UK groundscare. For us, a great show!"