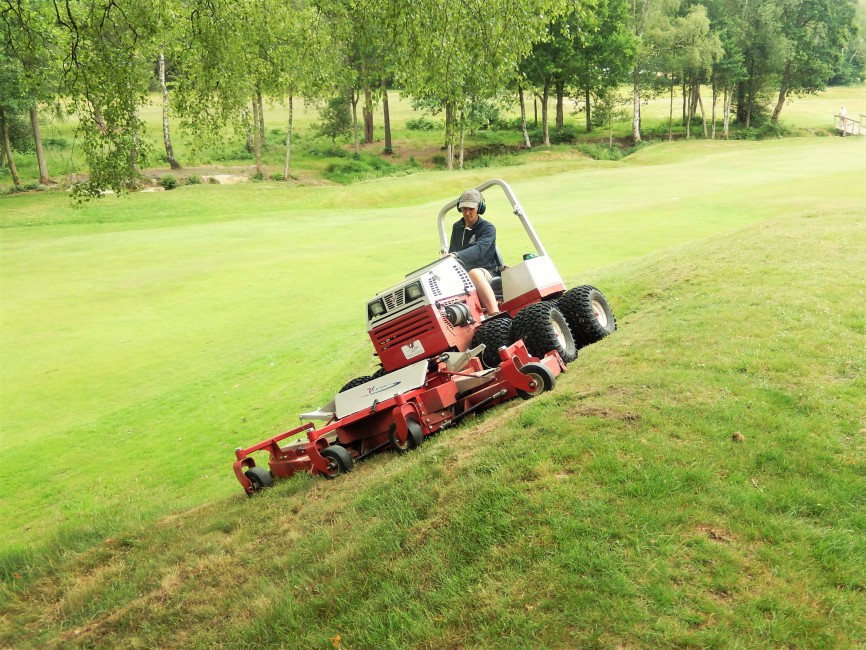 Situated within Ashdown Forest in East Sussex, the club has two 18-hole courses, both over 100 years old and they are proud that no earth was moved, no ponds dug or streams diverted during their construction. They are entirely natural and rely on the uncontrived hazards of heather, narrow fairways, hollows and water to test the skill of the golfer.

Dominic Lewis has been in post for just over a year, having held similar positions at Hadley Wood, Harewood Downs, Oakland Park and Datchet golf clubs. Commenting on the Ventrac he said,

"I've been in my position since May last year and quickly discovered the huge amount of time the team were spending on strimming work, on the banks and in the ditches. It was amazing the amount of time it took; it was a nightmare and, of course, it's physical and extremely uncomfortable in hot weather. We looked for a solution and discovered the Ventrac. Our local dealer, Ernest Doe, sourced a machine, we had a demonstration and it was obvious it was what we needed. We chose four attachments; the Contour deck, Tough Cut deck, Trencher and Power Rake, so we have virtually four dedicated machines in one. At around £55K for the package, I would say it's certainly value for money." 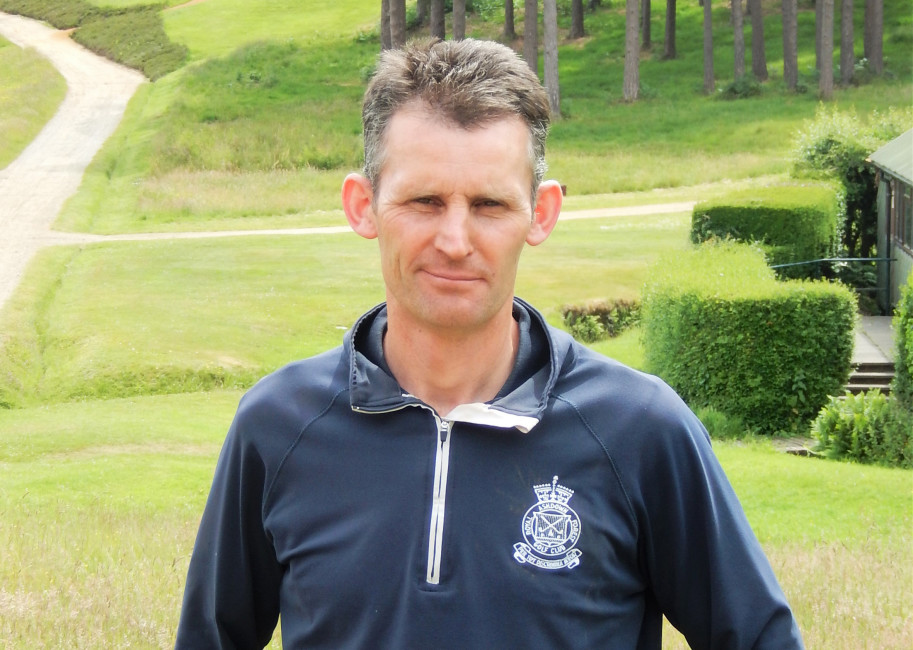 Dave Wakeley, Deputy Course Manager, is the principal operator of the machine and is more impressed with it every time he takes it out.

"It's a gamechanger for us and is saving us hours on some of the really time-intensive jobs around the courses. For instance, we have to strim the banks and ditches every three weeks and it used to take five of us up to three days to complete. With the Ventrac we have reduced strimming hours by at least 75%, maybe more."

"Following the very wet winter we took the opportunity to add some drainage bands to some particularly difficult areas on site. The Trencher attachment was great for this, very quick and it left a tidy finish, once we'd laid the pipes and inserted the gravel."

"It's superb on banks and goes where no other machine can go. It takes a little time to get used to, to gain the confidence to go into steep areas, but you soon get to know where it can go. We have used all four attachments; the Power Rake has proved very useful in reinstating the cart paths and machinery tracks, agitating the compacted material, removing ruts and smoothing out the surface. I used it in both wet and dry conditions and would recommend doing this job when it's wet!"

"This is a very good and well-built machine," he said. "It's made from heavy duty steel; the welding is good and it's robust. The attachments are belt-driven and easy to maintain, there are a couple of grease nipples that are difficult to access, but that's being very picky! The lift-up decks are a great feature, so there's no excuse for not cleaning the machine after use. All-in-all, a good addition to our fleet."