by Steve Mitchell
in Training & Education, People, and Golf
on 07 Feb 2018

Amazing, incredible, life changing… just a few of the words used by British and Irish greenkeepers since 2015 to describe their time on the John Deere TPC Sawgrass Volunteer Programme, organised annually in partnership with the British and International Golf Greenkeepers Association (BIGGA) and the Golf Course Superintendents Association of Ireland (GCSAI). 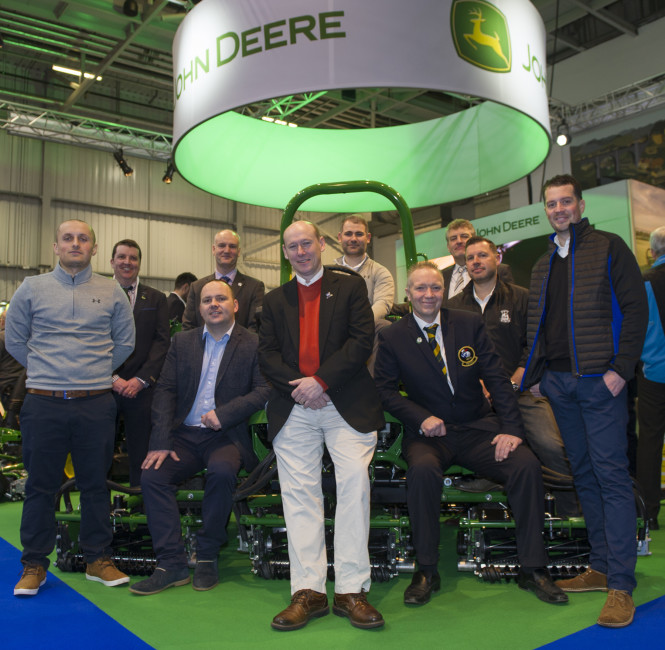 Held at the legendary TPC Sawgrass course in Ponte Vedra Beach, Florida, THE PLAYERS Championship is considered by many to be golf's fifth major. As such it presents a once-in-a-lifetime opportunity for BIGGA and GCSAI members to network, learn and gain a huge amount of invaluable experience.

THE PLAYERS is made possible thanks to the hard work and dedication of a course preparation force of over 90 volunteer greenkeepers from 14 different countries, who join the home team in getting and keeping the course in shape. Following the final day's play, the greenkeepers also get the chance to attempt to hit the 17th hole's intimidating island green.

For the first time this year, the programme has been expanded with John Deere's support to allow a seventh member to take part, from BIGGA's International Region. The six successful BIGGA members who have been selected to join the course preparation team at the 2018 tournament, which takes place from May 10 to 13, are:

They will be joined by GCSAI member Jonathan Kelly, head greenkeeper at Ballyhaunis Golf Club, Co Mayo in Ireland. This is the fourth such UK & Irish group to travel to the US with the John Deere Limited sponsored programme, which started in 2015.