At Walsall Football Club, a team of just three men maintain six professional pitches. Jake Barrow's report includes that team's preparations for a pre-season friendly against West Bromwich Albion, as well as a match report from the same game. 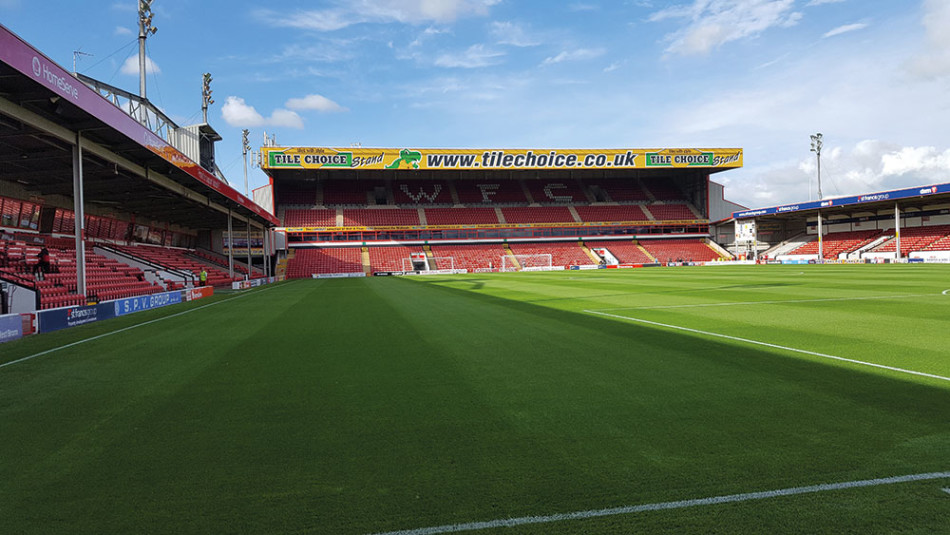 Jamie is the first apprentice the club has ever taken on, and studied for his Level 2 NVQ at South Staffordshire College, Rodbaston Campus.

This team look after not just the main stadium pitch, but three additional natural turf pitches at the training facility, as well as an artificial one at each of those two sites.

Let that sink in. It means they manage a total of six professional football pitches between three workers. Or to put it another way: two each at any given time.

Their main haunt, which was built in 1990, is known colloquially as the Bescot Stadium, as it lies on Bescot Crescent. However, for sponsorship reasons, it is referred to formally as the Banks' Stadium after one of the local breweries held under the 'Marston's' marque.

It lies tight to the M6, close to junction 9, and is a landmark of Walsall's skyline to passers-by. This is likely no coincidence. When the stadium was upgraded thirteen years after its opening by Sir Stanley Matthews in 2003, the club had the funds to significantly upgrade one of the stands.

It makes sense that they would opt to spend this money on the stand which faces the motorway, because sponsor Tile Choice now have the entirety of the Birmingham area's commuter traffic, driving close to a million cars, viewing their banner every week.

This stand is odd to look at amongst the others, which are the noticeably short and old-fashioned originals. This is especially true because it is behind the goal, rather than a side-line stand, which makes the arena look very one-ended. 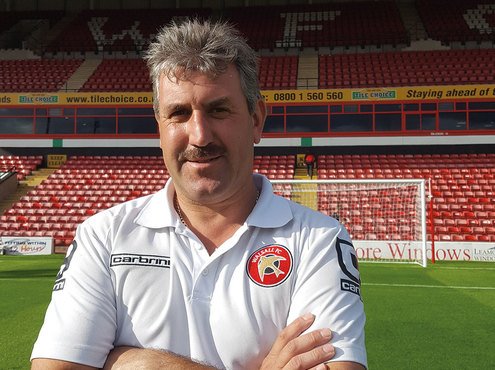 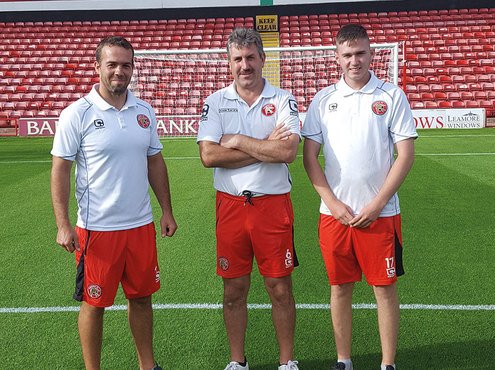 And, ironically with its capacity which represents nearly half of the entire stadium's, it is not the 'Main Stand', which is the one the players walk out of and holds just 2,500.

The Tile Choice stand is two-tiered, with a huge top section, and looks as if borrowed from a major Premier League side. It looms unignorably over the rest of the ground, and slightly over the elevated M6 also.

"That's why we go for performance the way we do. We like to keep it so that it's holding, so that there are no massive divots or anything like that."

When it came to matchday, rain interrupted proceedings until 2pm. The team waited for the pitch to dry itself out a little, which was thankfully quicker than it would be at a smaller club, because the team has been playing on Fibresand since around 2003.

They used their Ransomes Mastiff 36" cutter, as they had also done the day before to avoid having to clean up too much grass before the game.

They skirted the outsides of the pitch, emphasising the areas around the goals, with their three Honda cleaning machines, to ensure a neat finish in the business areas and the areas closest to the spectators. 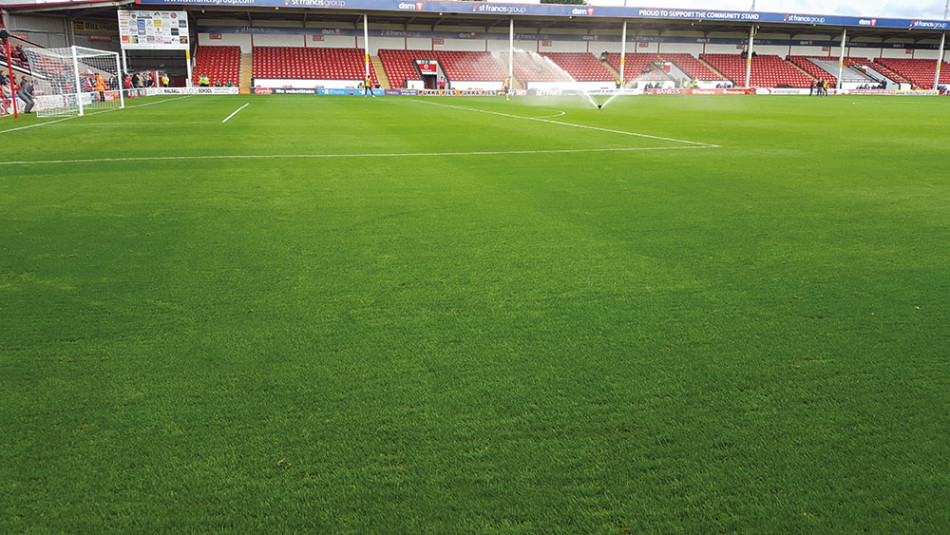 Finally, they set out this season's new goal posts, which they bought from Harrod Sports. They joked that these new goals were cursed, because after multiple pre-season fixtures, the Banks' still hadn't seen a single goal up to this point.

That changed during the day's play, thankfully. For a friendly fixture, it was a good show. It resulted in three goals in total, blowing the team's 'the goals are cursed' theory out of the water.

The home side started surprisingly well on 11 minutes, when Flo Cuvelier surprised team-mates with a low smash towards the right corner. Boaz Myhill, in the manner to which we've all become accustomed, dived at the ground rather than the ball, favouring a successful stop over self-protection.

Interspersed between long-rangers from Erhun Otzumer on fifteen minutes and Adam Chambers on 26, James McClean must have sprinted several hundred metres chasing through ball after through ball, although the possession in attacking areas rarely turned dangerous for the Saddlers.

Quickly though, these trademark darts began to turn the game. Hal Robson-Kanu nearly dismantled the crossbar around 37', in a glancing first touch effort. This pattern of Baggies dominance continued either side of the break.

And with pressure building, it was a matter of time. Eight minutes into the second half, James McClean's corner rattled around between clearance attempts in the six-yard box for a while. Then, Sean Donellan swung a leg to poke the ball home.

As the saying goes, 1-0 changed the game. Efforts began to come from the Saddlers, as they had done early in the first half. In fact, a carbon copy of that low drive was amongst them: again, Cuvelier to Myhill; again, bringing an 'oof' from the Main Stand; again, Myhill displaying his willingness to drop like a stone when called for.

Recent substitute Amadou Bakayoko looked one of the most energetic players on the pitch. And in the 79th minute, he received a flat pass across the area from Callum Cockerill-Mollett. He seemed to lack direction with the shot, but it struck Chris Brunt and deflected in for an equaliser. 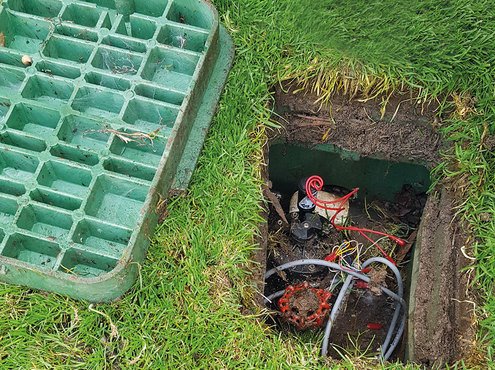 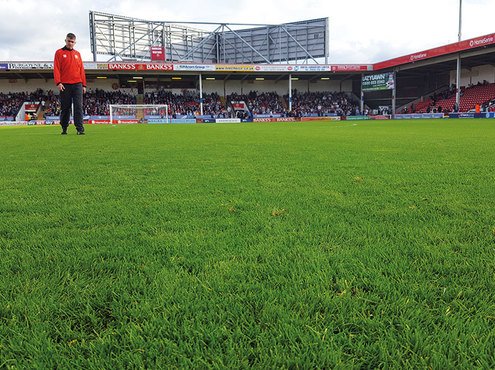 But, as the saying goes, 1-1 changed the game. It was the West Brom show for the final 10', and Robson-Kanu showed why his name was one of the most famous in the ground that day, and why he plays further forward than Gareth Bale for Chris Coleman's Welsh internationals.

Receiving an 88th minute through ball, the big forward calmly lobbed Mark Gillespie for the winner, to the delight of the away stand, which was somewhat surprisingly still packed full. They didn't have far to travel though, of course.

And right the way through the game, as the lads had hoped, the pitch withstood the action, including those high-speed run-ons from Albion's Northern Irish winger.

The architect of this, of course, is Paul. He is an experienced organiser of the grounds team, having been a member of its staff since 1992, and became Head Groundsman ten years later in 2002 after the retirement of his mentor Roger Johnson, meaning he's held the position for thirteen years now.

And the reason the team at Walsall is so small is due to the club's financial situation compared to its similarly-positioned rivals. Blackburn Rovers, for example, are in the same division as the Saddlers and they regularly have busy stands in their 30,000-seater stadium.

In contrast, Walsall's all-time attendance record at their current stadium is 11,037, and the most they have ever been able to fork out for a player comes to a figure which seems staggering in this age, where signings are starting to be measured in fractions of a billion pounds.

This is an understandable point of pride amongst many fans, as Todd said: "This club punches well above its weight; massively, and in every single department." 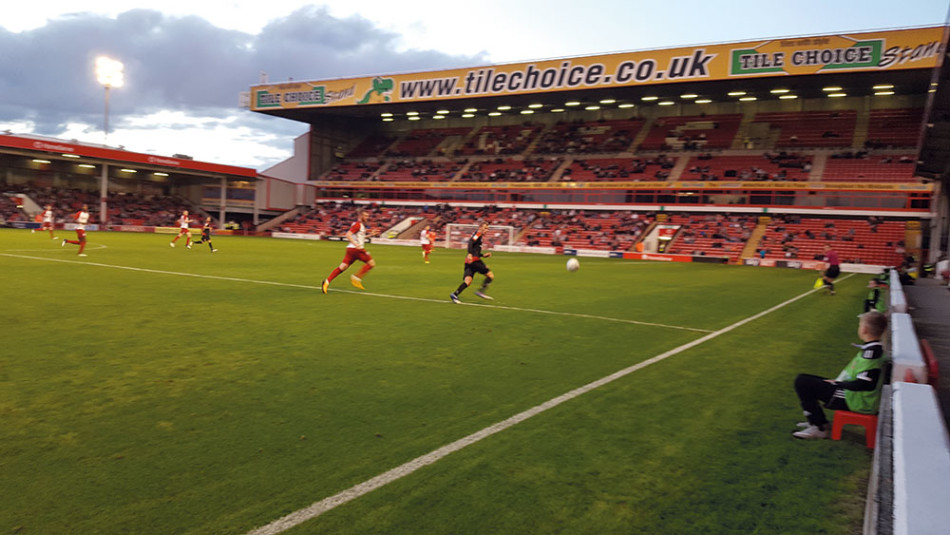 "We just act with fairness. It gets around to near the time we must get a job done, and ask whether the funds are there to sort it out. And either they'll 'OK' it, or might come up with some sort of solution like asking whether we really need eighty tonnes of sand, for example. Perhaps we could do it with fifty instead."

"We've sold a couple of players in the last few years, however. The finances have been a little bit better than in earlier times. So, we've been able to do pretty much whatever we've needed recently. We're hoping to make one more sale and, if that happens, I'd love to pop in and see whether we can buy a machine. A Toro ProCore is the machine I'd love for this pitch. We're patient and we wait for our time."

Paul also talked about the spirit at the club, and perhaps hinted about the reason for the club having more success than its finances would suggest: "The owner has said in the past that, for how much money this club makes, it should definitely be in the division below. But he spends what he can spend."

"And that's how he likes to run the club. There's a lot of good will from a lot of different people. We're all salaried. We go in on Sundays if we need to and a couple of us ended up with seven days holiday remaining last year. But I say again: that's not the club. That's us. When they treat you inclusively and put whatever money in they can, when they can and they're doing everything possible for you, obviously you do all you can in return."

"The way this club does things is nice for us, because across the board it's all about teamwork. By that, I mean that every member of staff feels just as involved as one another, right from the directors to the cleaners."

"To give you an example, there was a barbecue last week involving the squad. And at most other clubs, that might be just a squad event, all-exclusive. But we were there, and everyone was there with their families, having that same meal and joining in."

"It's quite family-oriented. The club work to keep that up too, because I think they recognise that it's beneficial for everyone, including them."

Perhaps, even in this age of insanity in the finances of professional football, a staff's morale can have an effect on league position too.