0 We remember Dave Harvey - our colleague and friend

As any sportsman will attest, it's hard to be objective in the aftermath of a heavy loss. ALS Contracts Manager Dave Harvey's untimely passing is a very heavy loss.

Dave carried his department through good times and lean - treating those two impostors just the same. As a man, he carried himself similarly through life. Dave inspired much emotion in the people who knew him, and colleagues and friends shared their stories of a great man. 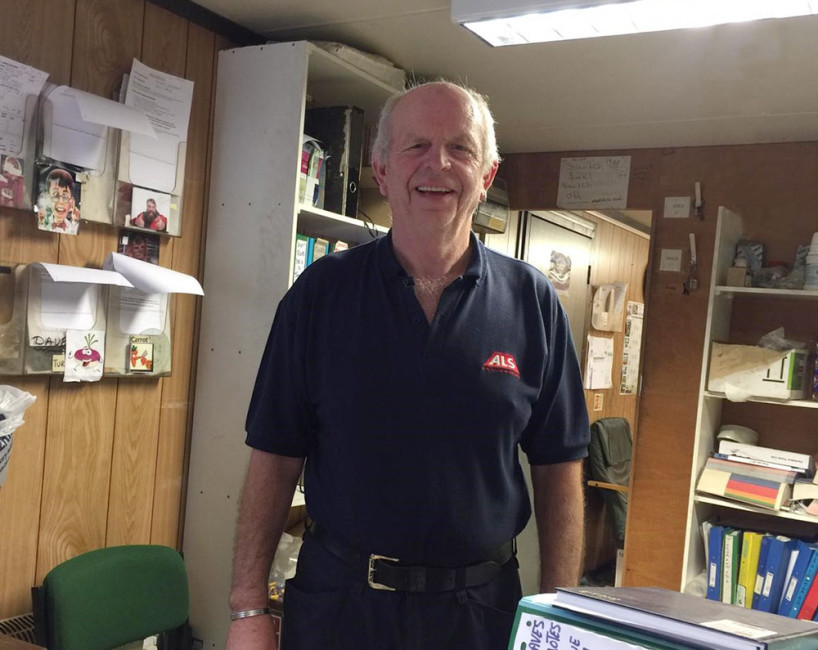 Whether addressing a millionaire customer or a brand-new apprentice, 'Hello Beauty' would always be his opening gambit. He had a knack of putting people at immediate ease, then standing back and listening. Sometimes, they would say something sensible or amusing and a big grin would spread across his face. On other occasions, he'd stand back and listen to them hang themselves with words. Dave Harvey took it all in.

Invariably, this whole process would last no more than a minute - interrupted by two different phones ringing simultaneously for Dave's attention… "Don't go away Beaut, I've got Fred on the other line" he'd holler. No one ever went away.

In fact, not even Dave 'went away' - especially not on holiday. In the ten years I was fortunate to know him, he never took two consecutive days off work. Pheasant beating or shooting were his only justification for a day away from his desk - his preference was to spend twenty Wednesdays a year roaming muddy fields, rather than three weeks on a Mediterranean beach. That said, if you were going on a foreign holiday, you'd be coerced into bringing back his duty-free tobacco - "Golden Virginia, Beauty - none of that other rubbish."

In those ten years, he and I probably spoke every working day - often on multiple occasions - and in all the hours of conversation, we never had a cross word. You didn't fall out with Dave. You just didn't.

That's not to say he didn't have a tough streak. Awkward customers could get short shrift from Dave - but those incidents were rare. Usually, it was returning customers, phoning up at the same time every year to re-book the same job. They only ever wanted to speak to Dave, for he knew them and their sites like the back of his hand… "It's all up there, Beauty" he would smile, as he tapped his forehead.

Ironically, for a man so popular with customers, there were large numbers of them that he never actually met. Dave's tool of the trade was the telephone - probably the most difficult medium via which to foster relationships. Yet foster them he did, such was the strength of his personality and character.

In the immediate aftermath of Dave's passing, I've spoken to colleagues and customers of varying ages, and without exception, everyone has been shaken by the loss of the man. He'd didn't have a clique - everyone was in Dave's clique. It's hard to find positives from the death of such a pivotal figure - the gaffer of his work team and most importantly, the governor of his family. Our deepest sympathy now rests with them.

Whatever any of us achieve (or think we've achieved) in our lives, Dave's passing shows us that the true test of a life well lived isn't measured in pounds or pence - its measured in thoughts, words and deeds. In this regard, Dave Harvey was one of the richest men I've ever met.

And now, sadly, we've had a 'Mr Almighty' on the phone - the ultimate customer. He's asking for a site visit on a massive job, way up high - says he only wants to talk to Dave about it. It's a job he can't turn down. 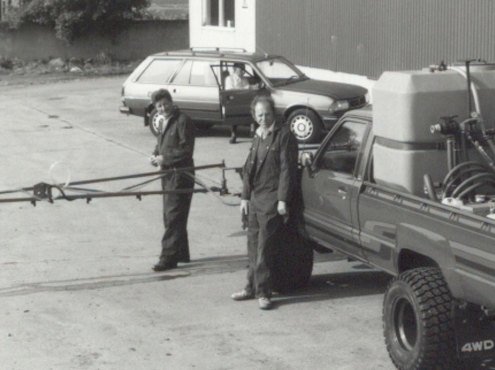 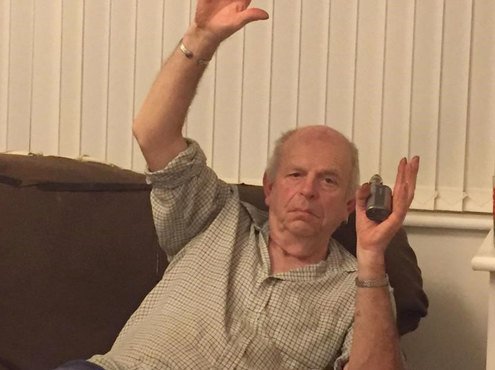 I first met Dave at Ludlow Football Club in 2002. We were working as a sub-contractors for ALS. It wasn't the most straightforward job and Dave came on site to put in his pennies worth. He struck me as guy with no 'shovels' in his cupboard only 'spades'. He was also very positive and very friendly.

Over the next few years, I got to know Dave really well. We had similar interests in country pursuits and went clay shooting together - joined by Jan a couple of times. He became very curious about our 'gundog world' as Des and myself were keen dog trainers and field trailers. Dave, Jan and Jamie came rough shooting with us a few times on our training days; they did the shooting, we did the dog training. The Harvey's were all brilliant shots and we had some great times.

This curiosity led Dave to buying a Cocker spaniel called Purdey. I gave him lots of advice on training her, but he took none of the advice. As it happens, Purdey was a dog in a million and became 'self-trained.' The family swiftly got another cocker called Rio, again Dave thought this dog training was a doddle and had it all worked out. In fact, Rio had him worked out in a jiffy and was not going to be 'self-trained' - as a result Rio was assigned to other tasks at home. 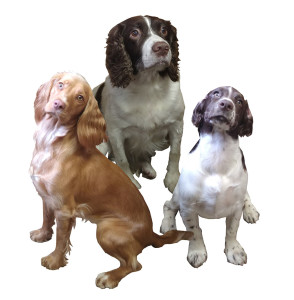 As Purdey was getting older Dave needed a backup dog to help along, and Teals (nicknamed white-arse) joined the beating and picking team. Dave was proud of his girls and showed great pleasure in showing them off.

Whenever I phoned to talk 'work' it was always great to catch up on the tales of 'white-arse' and what she'd been up to. She was the only dog I've known with so many 'modes' as Dave used describe them; sleep mode, walk mode, hunt mode and retrieve mode.

Dave was a great character and friend and I will miss our chats. My sincere condolences to Jan, Jamie and the family. RIP Dave.

My first encounter with Dave was when I started at Molineux in 1994. He and Bob Bolland turned up at the gates in a Toyota pick-up, with spraying booms on the front and a great big tank on the back. "Can we get a picture on the pitch with the truck" they asked, to which I flatly refused and told them politely to 'do one'!

However, it wasn't long before I had to eat humble pie and call Dave to come and treat some leaf spot on the pitch, using a Cushman though, not the truck. For the next fifteen years, I used ALS regularly for all my spraying at various grounds that I worked at. When I would ring Dave, usually in a blind panic over another disease outbreak, he would move heaven and earth to get to me, usually within a few hours. It was comforting to know, as a groundsman, that Dave and his contracts team had a genuine passion for the work that they carried out and fully understood the urgency to get it done quickly and efficiently.

In 2009, when Pitchcare acquired ALS, I had the pleasure then to work directly with Dave. He was even more of a man working with me than when I was just the customer. He had built a reliable and diligent team around him, ably supported by Jan, his wife. In the company, I probably had the most affinity with the contracts department, since this was my background and passion and I would, on an almost daily basis, pop down to chat with him in the portacabin at the bottom of the yard.

Dave was always an open book, willing to help anyone and he lived to work. He was proper 'old school' - sadly a trait that seems to be largely gone in people these days. It didn't matter how many problems were floating around, he would just knuckle down and get them resolved and still accommodate last minute requests of help from greenkeepers and groundsmen in between.

Often when I went to see him, he was in the workshop under a machine, grease up to his elbows, face black with dust, making sure that key equipment was serviced and ready in time to be used by his lads. While trying to knock out a bearing, he'd have a phone tucked into his shoulder, arranging a time to do a job for a customer, he was always on the go.

He was more than a friend, a colleague and, such was our relationship, that I usually called him Dad. Despite the high pressure of seasonal renovations for summer and winter sport, he organised things exceptionally well, regardless of the weather, machinery failure and delivery issues. His knowledge and experience was second to none.

I'd normally say that everyone is replaceable, but Dave leaves enormous shoes to fill. He built and guided the department by leading from the front, always tackled issues head on and didn't mince his words.

I am missing you Dave, rest well mate. 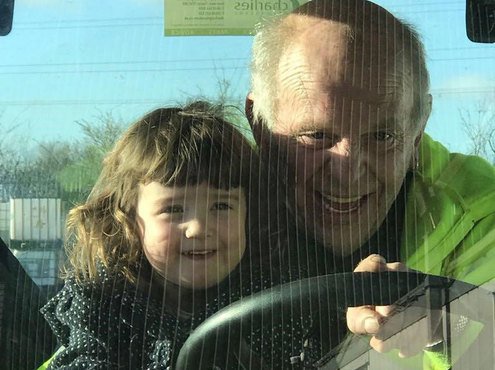 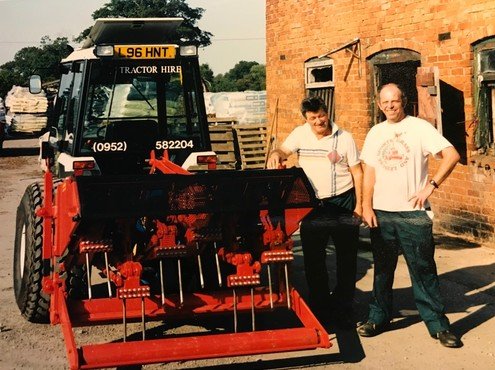 Jonathan Carr - past colleague and friend:

To the very many friends and colleagues of Dave Harvey and, especially, to Jan his wife and his family - Dave's sad passing is a huge loss.

Dave was loved by literally hundreds of greenkeepers, groundsmen, suppliers and work colleagues - who all regarded him both as a friend and as an exceptional organiser and manager. His ability to keep all the balls in the air as a contracts manager and pull rabbits from hats - against all odds - is legendary. No matter how big the obstacles, Dave somehow managed to deliver. At the very busiest times of year with a full diary of contract bookings, bad weather, a stolen or broken down piece of key equipment, an operator off work ill - all these things would throw all plans to the wind, but somehow Dave coped with it, making sure customers were not let down and reorganising the whole jigsaw puzzle of commitments. Even if it meant he personally needed to set out in the small hours of the morning, to get to a customer with serious disease problems on his greens, Dave was there. He always did so with a 'can do' attitude, humour and a cheerful outlook. He was, without doubt, the key player in establishing ALS Contract Services' reputation as a reliable and quality service provider and was highly respected by some of the very best turf managers in the country.

Dave started out with ALS in January 1988 following a few years working for Hodges & Moss, mostly contract spraying agricultural crops with some amenity spraying thrown in. His background as a farm worker meant he was adaptable and multi-skilled, was prepared to work whenever needed and he understood how to work with the weather. As the founding workforce of just two staff at ALS Contracts, he quickly adapted to taking on the role of organiser and manager, despite his initial doubts in his own ability to take on that role. He needn't have worried! It was not long before more staff joined and Dave was key in selecting and motivating the right people for the job. He was good at recruiting staff who were self-motivated, self-reliant and with the right skills. He was also a prime mover in expanding the contracts operation from the highly seasonal spraying activities into groundwork machinery, which extended the working season making the whole operation viable.

Dave rarely took holidays as most people do. He devoted his holiday leave to days off (out of season), to live his passion for training his gun dogs and beating and shooting - all of which were shared by his wife Jan. It is very sad that he did not make retirement to enjoy these interests.

Dave was a great character who will be sadly missed by his colleagues at work, by possibly hundreds of customers who regarded him as a friend but most of all by Jan his wife and long-term assistant in the contracts department. All of us will miss Dave and extend our sincere condolences to Jan and his family at this time. 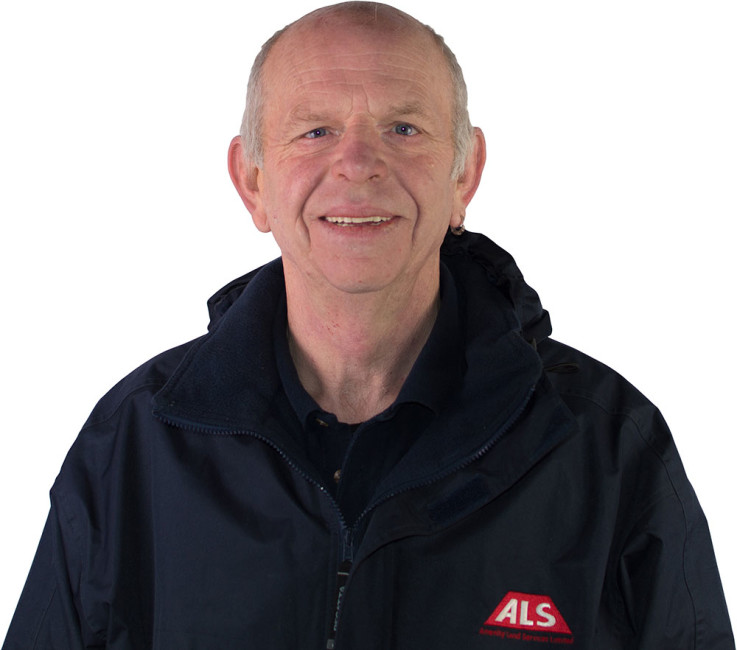