0 When brown was the new green

2018 will certainly be the year we remember for its extreme weather. Golf courses found themselves under feet of snow in March and were burnt brown by August. In this article, Reesink's Robert Jackson discusses irrigating during a heatwave. 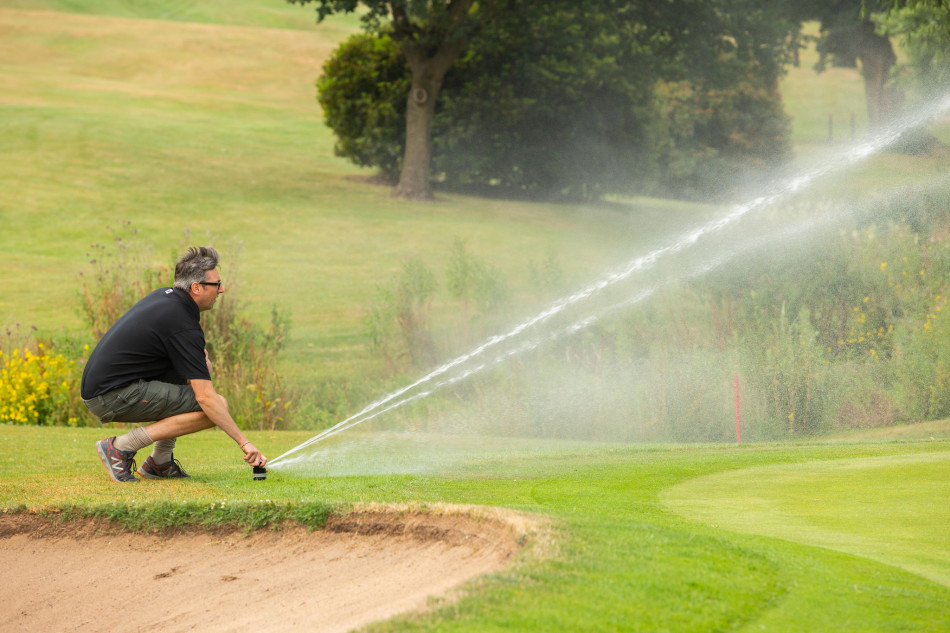 It was the hottest weather the UK had experienced since 1976 and, in some parts of the country, ten weeks passed without any rainfall. Of course, this meant greenkeepers and irrigation systems had their work cut out maintaining courses, whether they were inland or links.

Golfers expectations remain the same, no matter the weather, and course managers and greenkeepers were still tasked to provide good quality playing surfaces worth the fees. And, while it's not unusual to see links courses a little brown when the mercury rises, and in some cases, dry, brown fairways are coveted (more on that later!), for parkland golfers especially the dry barren landscape was probably a shock.

Irrigating in temperatures which are more similar to Southern Europe than the UK means you need to step away from the norm. Systems the length and breadth of the country weren't set up for record-breaking temperatures, the likes of which we hadn't seen in this country since 2006. Ideally, a full check of the system happens as the heat wave begins so, in this case, back at the beginning of June, latest on the 22nd as the heatwave was declared.

Golf courses must prioritise their water applications when availability becomes limited. This approach impacts the aesthetics, but also the turf health in roughs and possibly fairways, and tree health, depending on water availability. 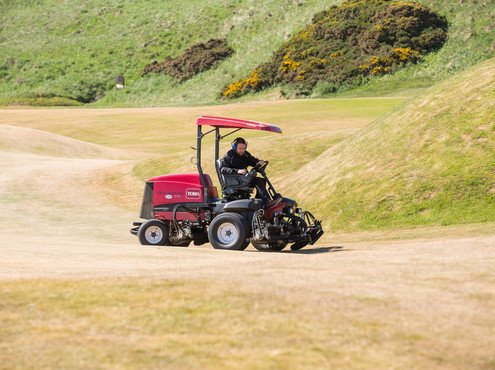 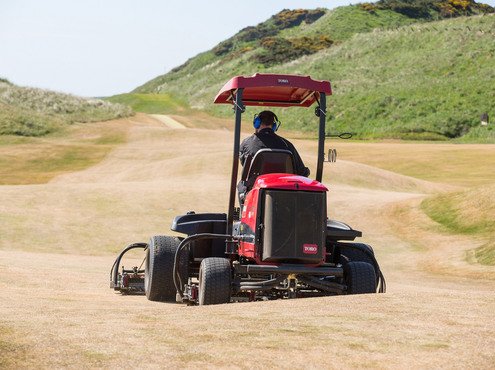 During a drought, most golf courses must cut back on water applications because of the expense involved. The result may be fairways and roughs that are less-than-desirable aesthetically, but the priority areas: tees, greens, and green surrounds, are irrigated. The result is a golf course that plays well and has saved a tremendous amount of water by properly prioritising water allocations. The firm fairways provide greater ball roll and that's something many golfers enjoy.

Rechecking your irrigation system set-up is vital in times of extreme heat and little rain. Issues will quickly become evident, but it's best to be prepared and prevent any issues that incorrect set-up could cause. A good example of this is sprinkler pressure.

We came across an example where the pressure at the greens sprinklers was set at 4.5 bar that, in turn, gave a sprinkler coverage of 20 metres. Whilst this didn't present any major problems under normal UK conditions, when the dry period extended longer than expected, it became obvious that coverage wasn't extending to where it was expected and, as a result, the greens were suffering with uneven applications causing stressed turf conditions. A simple check unearthed the problem and a quick adjustment to 5.5 bar gave the correct 22 metre radius that was required to give even coverage across the greens - simple check and easy resolve!

Faulty sprinklers or set-up problems will soon be highlighted in these conditions; and at no other time does every drop count as much as when there is a drought. With some course managers claiming a 50 percent increase in water usage, and water restrictions in many places, it's easy to understand why. 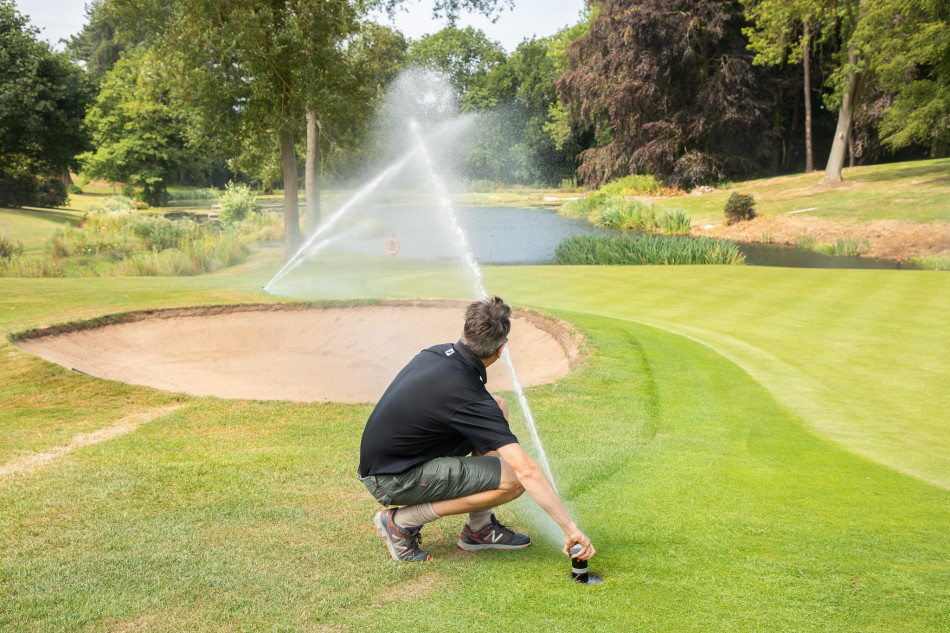 The heat is on, irrigating through hot weather

Our goal, when applying irrigation, is to irrigate in a similar manner to rainfall. Turf responds best when it receives adequate rain, then dries for a period, before receiving adequate rainfall again.

Irrigating in fierce temperatures, with hose pipe bans threatened or actioned, needs to be specific, with water targeted onto key areas such as the tees, greens and greens surrounds. Moisture content needs to be constantly monitored to help balance out the uniformity of irrigation.

With water conservation paramount, there should have been no qualms about taking hold of a watering hose and hand watering where and when needed! And, whilst there's no denying this is laborious, with less time required for mowing it can easily be shared among the team.

Implementing this level of micromanagement, especially on the greens, is good practice and conserves water, making sure the most important areas are taken care of first and foremost.

So many clubs react to extreme weather by seemingly panicking that their irrigation system isn't up to scratch, and then, as soon as the weather's back to normal, quickly forgetting about the frustration. My advice would be, not to do that! Have an extreme weather programme in place and invest now to ensure that if the same happens next year or the year after, you're prepared.

Was brown the new green? 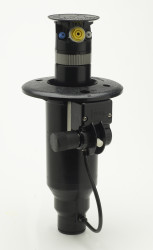 It's undoubtedly fair to say that the sight of once lush bouncy fairways turned to barren tan grass was somewhat of a shock for many golfers, especially those at parkland clubs. The fact is, though, it wasn't necessarily a negative thing.

We know from our Scottish customers, such as Cruden Bay for example, these guys delighted in presenting their fairways to us in all their tan glory this summer, because it represents how the sport should be played in the natural environment. It is, after all, how links courses naturally look at that time of year! It's also a look many overseas golfers, particularly Americans, love for links golf.

That said, it's not a year-round aesthetic and, whatever your preference for the colour of grass - which in the main is going to be a healthy green - there's no fear that the familiar colour we're mostly all partial too, will restore itself once the rain arrives and the old norm returns.