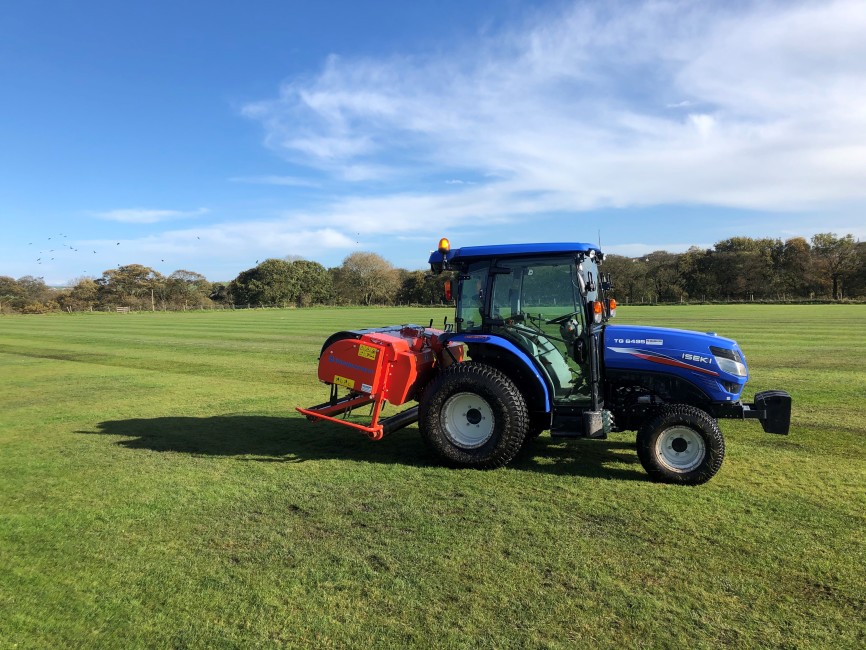 Volunteer groundsman, Mark Bolton at Brinscall Village Junior FC, had a behind the scenes tour of Wembley in October 19, meeting head groundsman, Karl Standley. Fast forward five months and prior to lockdown, Karl and Scott Brooks visited Mark at one of the five pitches used by the Lancashire club.

"I got a call from Lancashire FA's, Lee Boyer, to tell me Karl, together with Scott, who was then still the head groundsman at the FA's St George's Park, would visit next day. It was such a gesture to come to us," said Mark Bolton.

"Even on a damp day they were struck by our view down the valley to Rivington. They recognised ours is heavy clay soil. 'Get air into the pitches as often as possible', they said. 'Aeration on repeat; every five weeks to put some fractures into the clay to get it open'. Contractors charge around £1000 a time to do all pitches, they advised applying for funds and saving to buy our own. They said as a volunteer, the club needed to make best use of my time; rapid aeration was imperative with five pitches. They suggested as Wiedenmann aerators do pitches in around 3 hrs and were incredibly fast, I should try one. So, that's what we did. Ben Cook from dealers, Balmers GM at Burnley and Wiedenmann UK's Mike James and Andy Kerr came to demonstrate when restrictions allowed."

Mark works full time as machinist with BAE Systems at Samlesbury where they make jet fighters. His part-time volunteer work at the football club rackis up an additional 20 hours on duty. He joined in 2013 and his dedication to upgrade all four playing sites has been integral to much of the success. Along the way, he and his helpers picked up Lancashire FA's 2018 'Grounds Team of the Year' award. 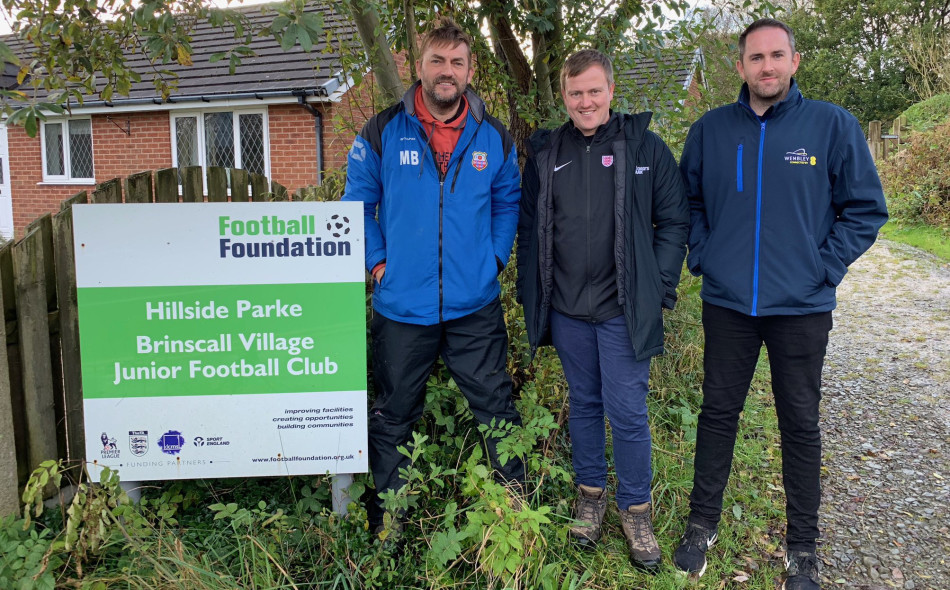 After the visit, Mark and his chairman, Mark Oldham, who had accompanied him throughout, made further funding applications and cleared the necessary hurdles and assessments. Ian Mather Brewster, the GMA's regional pitch advisor for the North West also helped. Existing machinery was sold and spend throughout the summer was minimised. In September 2020, Brinscall Juniors was awarded £45,000 thanks to Lancashire FA and a Football Foundation Grant. As well as the Wiedenmann Terra Spike, the team purchased an Iseki tractor a Wessex RMX mower and Charterhouse multi-sport.

The Terra Spike went straight into use removing compaction, improving drainage and promoting root growth with all pitches initially spiked to a depth of 175 mm using 12 mm tines.

"Already I've used the GXi8 on our Abbey site to get standing water away from a corner. Before I knew it, I'd done a third of the pitch. But we're happily into the five-week rotation and that will go on until about April. One particular area where thatch is a major issue will be hollow cored in spring to get sand deep into the soil profile…then assuming the pitches remain soft enough, the plan is to continue light tining across the summer with 8mm tines. We've also promised to assist four local schools with the occasional free aeration of their pitches."

Now their machinery is in place, Brinscall's next challenge is finding more space to play. "With 29 teams in truth we've run out," continued Mark Bolton. "After a bit of searching we've identified land which might help us out. If we can persuade the farmer to lease it to us, then with some work on my part, we've found 2021's project," laughed Mark Bolton.