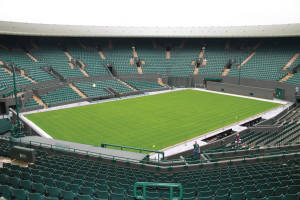 Plans for a second roof at Wimbledon have emerged, with Court No 1 benefiting from continued redevelopment by the All England Club.

The All England Club showed off their closed roof for the first time in 2009 after a five-year plan and around £100 million spent in technology and labour.

According to the Daily Mail, the development could be unveiled next month, with construction going ahead after this summer's Championships.

It is understood that a second retractable roof at Wimbledon would also be more cost-efficient than the Centre Court offering.

As part of SW19's plans - entitled 'Wimbledon 2020' - further redevelopment includes alterations to the Royal Box, while the practice facilities and the club's indoor court complex will also be uprgraded.

The news of a second roof is signficant given that it means television would be able to cover two matches at the same time, regardless of the weather.

See the rest of the article on the the following link:-The Telegraph