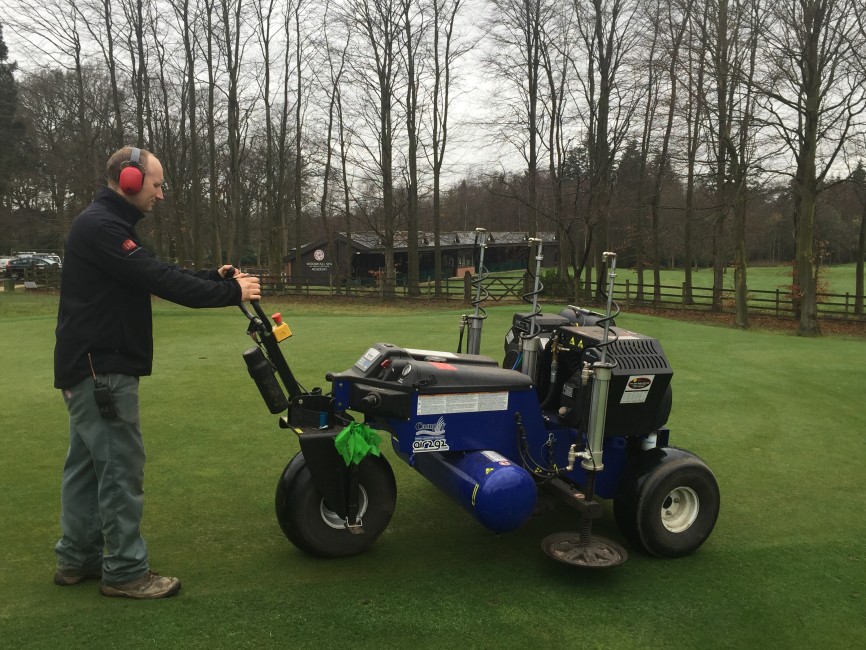 It is well known that aeration is one of the most important practices carried out by greenkeepers, and that fact is why Woodhall Spa Golf Club has acquired an Air2G2 from Campey Turf Care Systems, via the dealer Burdens.

The sprawling 36-hole complex includes the world renowned Hotchkin Course, and is home to the National Golf Centre. It is located on the rare Lincolnshire heathland, giving a fantastic setting for the many amateur Championships held at the venue over the years.

The vast site is managed by course manager, Sam Rhodes, where he and his 17-staff work to keep the courses at a standard befitting of the tournaments they host, with the Air2G2 now an integral part of the maintenance operation.

The importance of the machine comes from the expectations of golfers. Gone are the days when winter golf is seen as a bonus, and in are the demands for perfect putting surfaces all year round. This expectation is managed by Sam and is the reason the Air2G2 is an exciting addition.

"The reason the machine gets me excited is because aeration is one of the most important things you can do on a golf course," Sam explains. "A lot of the aeration machinery out there works very well but causes a lot of surface disturbance.

"In modern day golf the condition of the greens is important throughout the year. Years ago, winter golf was a bonus, now there is a lot more pressure on turf professionals to maintain good quality playing surfaces 12 months a year. 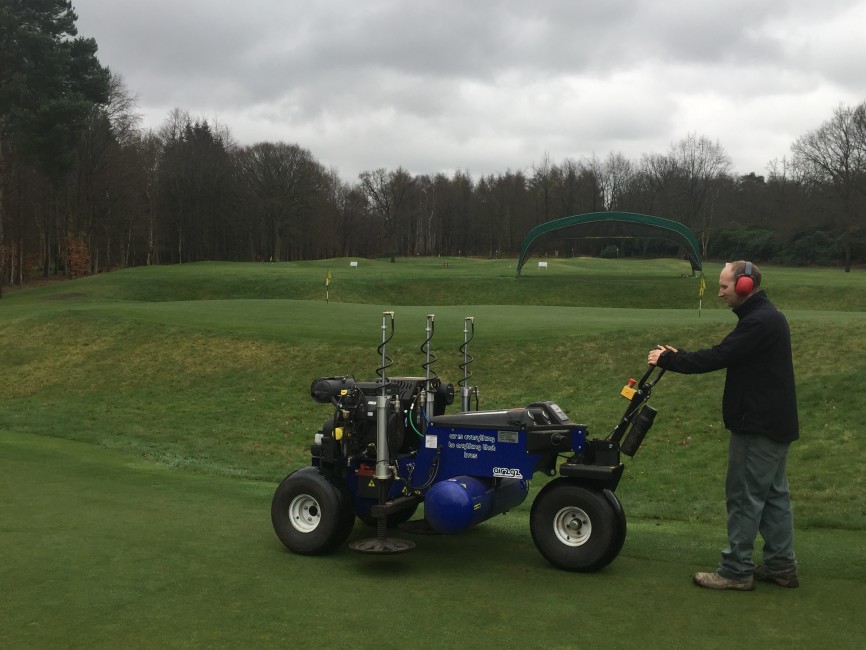 "The beauty of the Air2G2 is I can go out there now, I can do the work on a green to break up any compacted layer underneath and help with the drainage, come off, cut the green and you wouldn't know I'd been on it.

"Even taking it a stage further, we are a championship golf course and we host several national amateur events every year, and if I've got a tournament on and know there's a massive amount of rain coming I can go out mid-tournament and aerate the greens.

"We've seen it this winter when there's been heavy rain the day after we've done the work, and the greens have been absolutely fine, so it does give you that option. The lack of disturbance means you can aerate 12 months of the year and do it when you really need to."

Sam first witnessed what the machine could do two-years ago at a Campey demonstration, which prompted him to use a contractor to aerate his greens with the product. But the more he saw the results the more he realised the benefits of having one of his own.

Because the size of the site it was only possible to have each green aerated once in a season, but having only had his machine since December it became apparent that other areas of the course can also benefit.

Time has been taken to figure out exactly where the pan layer is, and then with the three varying size of tines Sam has cracked that layer and experimented with depth to reduce compaction as much as possible.

By doing this he now has well-draining greens with the added ability of reacting to any heavy rain fall before or during tournaments, giving him a 12-months a year aeration operation.