Work on the flood-damaged Brunton Park pitch, home to Carlisle United FC, started this afternoon with 15 to 20mm of the existing surface set to be removed ahead of a complete replacement of the turf, due to start at the beginning of next week 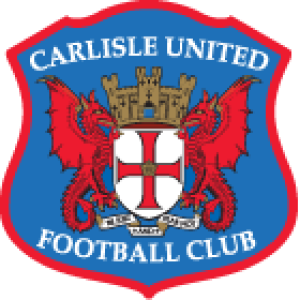 Industry specialists Talbot Sports Turf Installation, who have worked previously at Twickenham, Murrayfield, the Olympic Stadium and with a host of professional football clubs, will carry out the work, with equipment due to arrive on-site over the course of the next two days.

"We will then look to get all of the remaining debris and vegetation out of what's left behind as part of the preparations for the relaying of the turf, which we will look to start on Monday next week. That preparation includes a procedure called power harrowing and making sure it's as level and as smooth as it can be.

"Each row of turf gets a final prep as it's put down, with a final roll and spread of fertiliser to make sure the new surface will have a good foundation to sit on."

"In terms of getting the turf down, it's been done before in a five-day timescale, but that was with good weather conditions," he explained. "Our target at the moment is to have completed the relay by Friday 15 January. I think we'll all be very pleased if that is the case.

View the full article at www.carlisleunited.co.uk.