by Running rugby
in Rugby, General Interest, and Renovations & New Builds
on 02 Mar 2019

0 York City Knights will have to deal with the disappointment.

York City Knights will have to deal with the disappointment of a delay to the construction of the 8k seater, York Community Stadium. The club have been told that they will not play their Betfred Championship games this season against Bradford Bulls and Featherstone Rovers in the new stadium as planned. 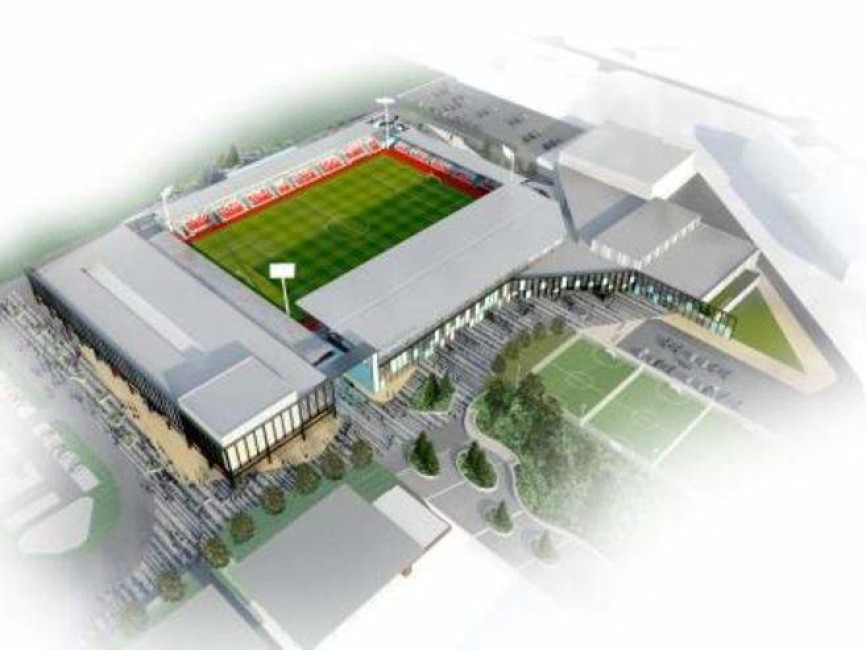 It looks as though the facility won't be available until the 2020 season.

A City of York Council spokesperson said: "We understand there will be a delay to the completion of the York Stadium Leisure Complex. This would mean a handful of games would not be able to take place in the new stadium as planned and the accompanying leisure facilities will be unable to open as soon as we'd hoped. This is subject to commercial discussions so we cannot comment further.

"A significant amount of progress has been made to date, both on and off site, with all stands now visible.

"We share the disappointment and frustration the delay will cause.

"Work will continue with all partners to minimise any delay and open the York Stadium Leisure Complex as soon as possible, without compromising on quality or safety."

In response to the City of York Council press release about the stadium delay, York City Knights chairman, Jon Flatman has released the following statement:

"These delays are deeply frustrating and of course completely out of our control. York City Knights are determined not to let this derail any of the progress we have made as a club. We will continue to concentrate our efforts on the things we can control - becoming a top end Championship club, developing player pathways for both boys and girls in the city, and supporting the excellent work in the community done by the Knights Foundation - including the Knights Ladies and Learning Disability Super League teams.

We would like to apologise to all of our fans and partners for this regrettable situation. This will not stop the positive momentum we have; I know everyone involved will continue to drive this club forwards and upwards."