0 All England Club completes work on No 1 court roof

There will be more guaranteed play at this year's Wimbledon Tennis Championships - thanks to the completion of a three-year project to cover the famous No. 1 Court at the All England Lawn Tennis Club (AELTC). 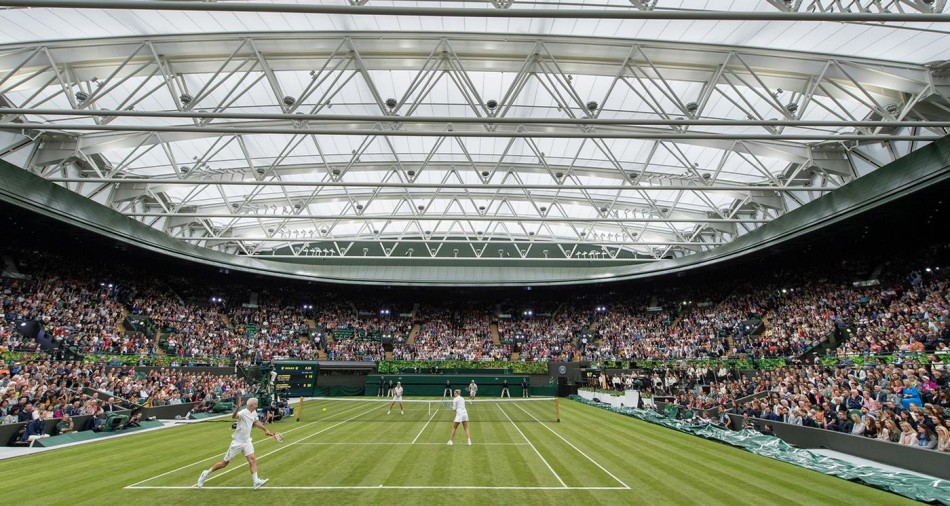 AELTC unveiled a fully-retractable roof on top of the court at the Wimbledon tennis complex this past weekend.

The roof cost around £70m and will enable more matches to be played for longer if weather conditions turn for the worse during the Wimbledon Grand Slam tournament.

Wimbledon has now become the second Grand Slam - alongside the Australian Open - to have two covered courts, allowing play to continue in bad weather. Wimbledon's Centre Court was covered with a similar retractable roof in 2009, as part of a major £100m redevelopment.

The roof at No. 1 Court forms part of a larger, £175m redevelopment of the venue, which included replacing the old stands with wider and more comfortable seating. Capacity has also been increased from 11,500 to 12,400 spectators.

"For the first time in the 142 years since the holding of the first Championships at Wimbledon, those sitting on the second biggest show court will now be protected from the elements by a pristine, gleaming new roof," a spokesperson for AELTC said.

A star-studded ceremony was held to celebrate the completion of the project, featuring the likes of Paloma Faith and players including Pat Cash, Jamie Murray and Venus Williams.

You can read the original article from Sport Management here