by External source
in Golf, Conservation & Ecology, and General Interest
on 18 Dec 2018

This is the moment part of an Angus golf course turned into the world's biggest bunker during "biblical' weather conditions.

And staff claim the video proves how vulnerable the 450-year-old course is becoming in the face of climate change, adding it is time for action to prevent coastal erosion at the spot.

The North Sea has crept 70m closer to Montrose Links throughout the past 30 years, with the championship course already altered to take account of the devastation.

Saturday's weather left a "thick carpet" of sand on the second fairway of Montrose Links, rendering it practically unplayable at the weekend.

On Monday a team of eight staff were out on the course shovelling sand in an attempt to clear the bunkers for golfers.

However the fairway is not expected to return to normal until an industrial blower is brought in to clear the sand later this week. 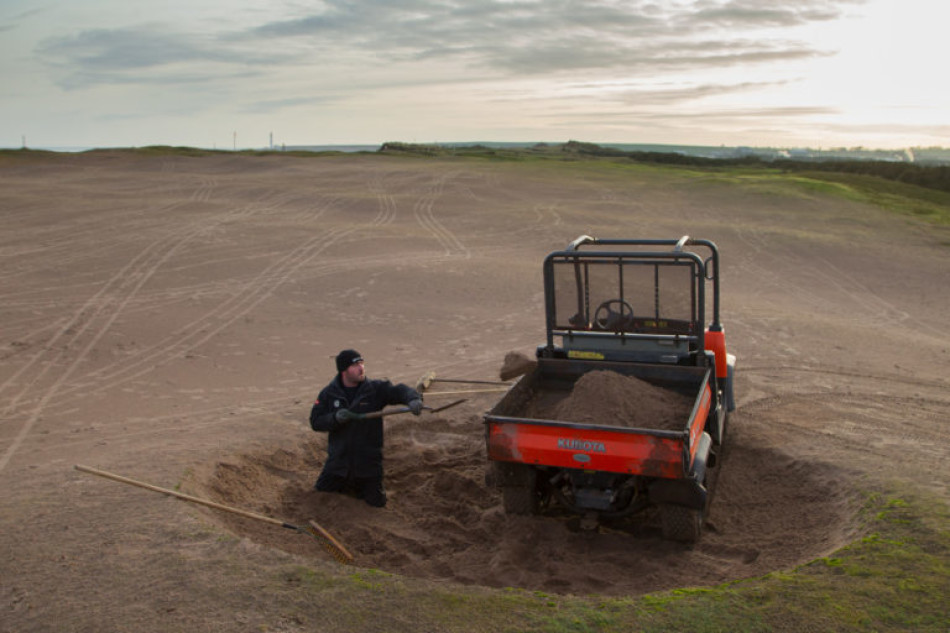 Mr McLaughlin said that, in his 22 years working on golf courses, he had never seen anything like Saturday's event.

He added that such freak occurrences could become more common unless action is taken to prevent the local coastline.

"I have been here for six months myself. I'm told the first time this happened was last year but not to this extent. This is the worst they have ever seen it.

"This is a result of coastal erosion, the dunes slightly just retreating towards the golf course.

"When the wind turns to come from the south-east then effectively there is very little protection.

"It blows up towards the course, to the second fairway and leaves this fairly thick carpet of sand; and then the fairway is basically unplayable. I have never seen anything like that.

"There was a clean-up operation with a full team of guys on Monday morning. We've been getting the course back into shape. We have managed to clear the bunkers.

"In regards to the fairway, we're getting an industrial-style blower this Wednesday which will blow the sand back." 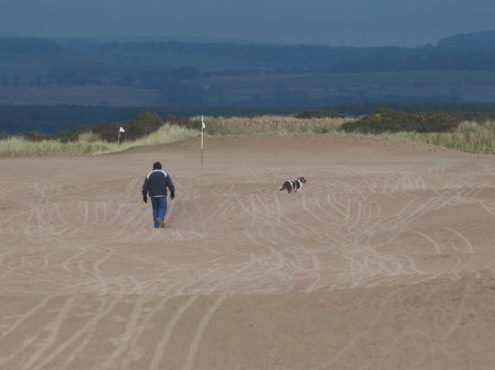 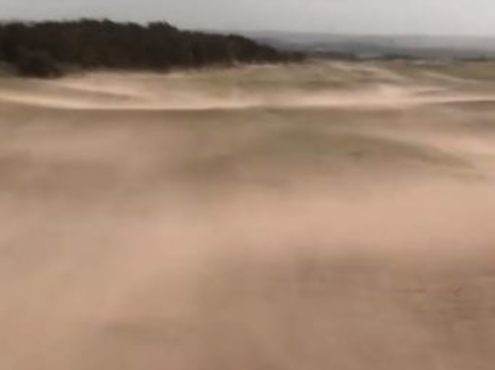 He added: "This is our major worry. The reason we posted that video was to raise awareness of coastal erosion. We had to capture it as best we could. We have never had it this bad.

"It is the time of year where the course isn't as busy. If this had happened in April-May, that causes us huge issues.

He added that options proposed to protect the course in the past have included placing dredging material on the beach, which it is argued could slow down the rate of erosion, and installing rock armour.

Last February a Game Changer report suggested singled out Montrose Links in its study of how Scotland's golf sector could be hit as a result of climate-related increases in precipitation, and coastal erosion arising from storm surges and rising sea levels.

For the original article visit: https://www.thecourier.co.uk/