0 Dan’s the man at Stanningley SARLC

Regarded as one of the finest amateur sporting venues in the country, Stanningley Sports and Amateur Rugby League Club is located in the district of Pudsey - midway between Leeds and Bradford. Lee Williams spoke to Dan Connor, the club's groundsman at the Arthur Miller Stadium, over Zoom at the height of the Covid-19 pandemic. 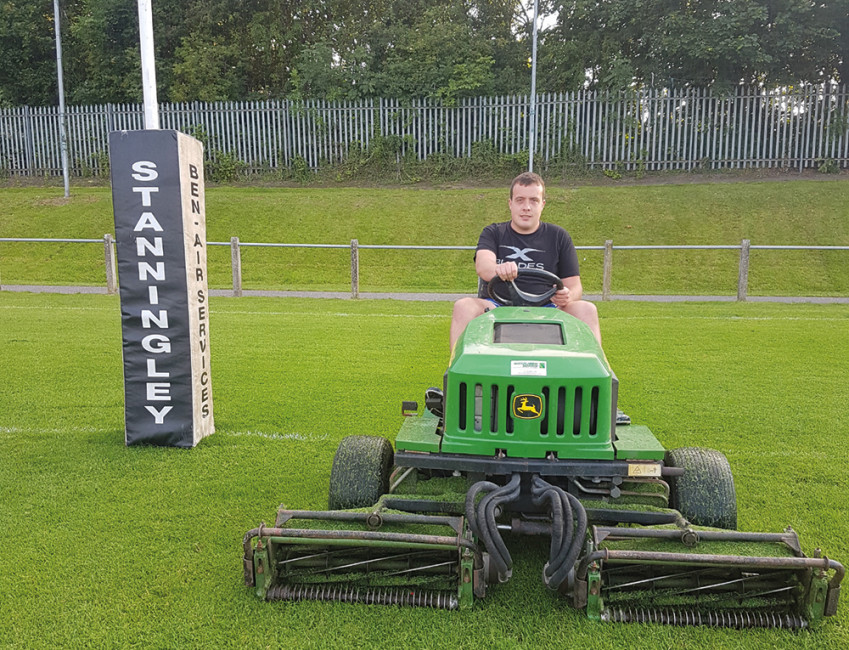 Dan Connor is the sole groundsman at Stanningley; in charge of the club's main pitch and contracted to eight to ten hours per week. He's supported by a band of volunteers who work as a team to keep the facilities in tip-top condition. He explains "We have a great team; Brian Sowden carries out all the odd jobs around the place, Ken Smith maintains all the grass banking and training areas, as well as doing the kit for the teams and looking after the changing rooms. There are also many volunteers who help out day to day."

Dan has been working part-time for Stanningley for over eight years, whilst focusing on his full-time job as joint Assistant Head Groundsman at Leeds Rhinos. He recalls how he first ended up tending to Stanningleys main pitch. "Jason Booth sent me down here whilst I was doing my apprenticeship at Headingley. If I'm totally honest, I wasn't doing very well and had the outlook and approach of a typical young teenager. He told me they wanted someone down here to maintain the pitch, and it's a good opportunity for you to learn and have some responsibility."

We're all aware of the on-going struggle to attract new people into our industry, so I found it quite interesting that Dan recognised he wasn't applying himself to the full. This led me to ask why the industry had first appealed to him. "For me, it started in my early teens when I used to go to my grandad's house at the weekend. He got me interested in helping him grow vegetables in the back garden and I loved being outdoors amongst nature. When it came to leaving school and going to college, I had no idea what to do and I remembered what my grandad always used to say - 'do something you enjoy'. So, I got into Askham Bryan College where I studied a National Diploma in Horticulture." 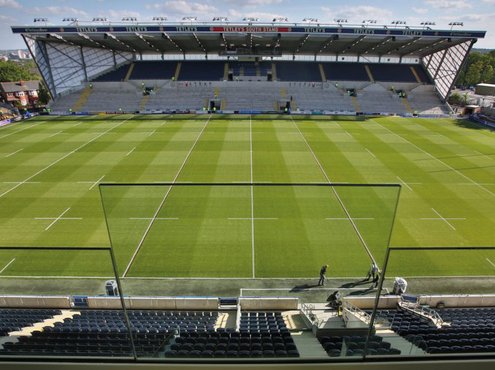 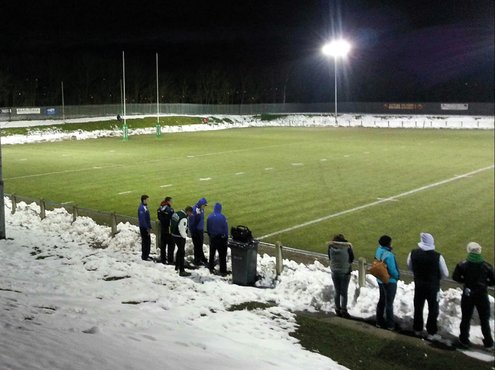 "We would often have trips out to various places to get some work experience. One day, we went to Headingley, and it just so happened there was about six inches of snow on the pitch. To help get the game on, we chipped in and spent all day shovelling the snow."

That was Dan's introduction to a stadium environment and, as part of the diploma, he had to find himself a work experience placement. With a growing interest in sports turf he applied to work at Headingley. "It's local to me and I was very grateful to be given the opportunity to carry out my work experience at the club. I still had a year left on my diploma course so, with it being three days on four days off, I would go into Headingley and volunteer on my days off. I would even go in at nine o'clock at night and help take frost sheets on and off."

Once Dan had completed his Diploma there was only one thing he wanted to do; and that was work full-time for Leeds Rhinos. "Lucky for me, one of the lads had just left the club, which opened up the opportunity for me to accept a full-time apprenticeship at nineteen years old. In this time, I gained my NVQ Level 3 in sports turf management."

"We used to have a grounds team of six, until Kiel Barrett moved to Elland Road and Jason Booth left for the IOG (now GMA). Now, we just have three; myself, Head Groundsman Ryan Golding and our other Assistant Head Groundsman Leon Pearson."

In his time so far in the industry, Dan feels he has been fortunate to learn from some of the best groundsmen in the sports turf industry and is grateful for their help and guidance.

In 2018, Stanningley invested and installed a fully automatic Hunter irrigation system into the stadium pitch. "We have eighteen G-885 heads around the perimeter and twelve I-40 heads in the middle. The site suffers from high winds, so this has enabled us to get more head to head coverage. This is controlled through the Hunter ACC2 controller, which is very simple to use. The system is fed by a dedicated mains water pipe into a tank with a submersible pump. Connected into the main irrigation ring we have a tap near to the training pitches so we can attach a tri-flex hose with a travelling sprinkler to water the training area."

To help fund this project, the club spent nearly two years holding fundraising events and raised the subs. They also have a buy-a-brick scheme (which costs fifty pounds a brick) - proceeds went towards funding the installation of the irrigation system and other projects. 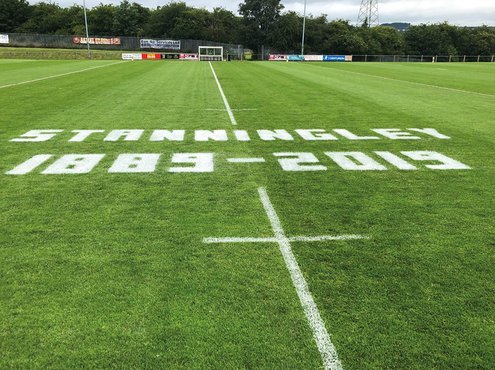 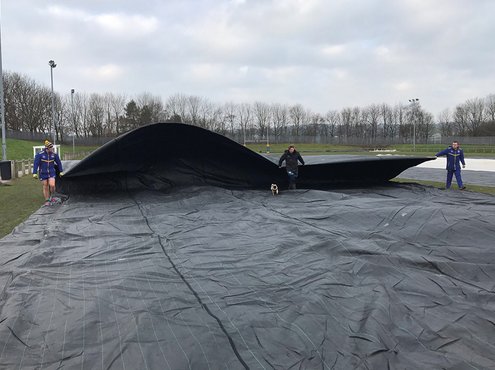 The club trusts Dan with the annual budget for the pitch and he pretty much gets what is required (within reason). "I will try and save money wherever I can, e.g. if possible, I will try and make our annual renovation stretch over two years instead of one. I also have Ryan supporting me so we can discuss things together and make decisions, so the club trust in what we say needs to be done."

The stadium pitch is made up of a 70/30 rootzone on top of a gravel bed, which means the pitch drains really well. "Even after a heavy downpour, within an hour it just goes straight through it. This is the reason we had to install the irrigation system - we were getting to the end of May and it was just turning into a dust bowl."

The club has a full set of frost covers to enable first-team games to go-ahead. The whole club gets involved when the covers need to go on, from volunteers to coaching staff and players. "Once, we even had the players from Leeds Rhinos come and help as they coach the first team, which was good."

Dan talks me through general maintenance of the Arthur Miller Stadium pitch. "I have a John Deere 2653A triple mower set at a height of 35mm and a Kubota B2410 with a rotary deck set at 38mm. In summer, I prefer to use the triple - cutting the pitch at least three to four times a week. However, if we have a big game coming up, I will cut every day and also double-cut on the day of the game. In winter, I will cut using the Kubota and rotary deck with the GreenTek 8' drag brush attached. I also use this in summer to disperse some of the debris caused by the triple. In between cutting, I will go over the pitch with a one-tonne roller to help keep the levels however, this is not advisable in some conditions."

"We don't tend to undertake any scarifying, or overseeding during the season as the pitch is not full of desirable grasses - it's mainly Poa. It's all about working with what we have and the money available to maintain it."

Dan's aeration programme includes slitting regularly and verti-draining when possible. "We will sometimes bring the tractor and Verti-Drain across from Headingley, but that is mainly when we hold the Rhinos and bigger games. So, we will typically just use the Charterhouse Slitter to aerate every three to four weeks, just to get some air into it. When we have a game coming, if the forecast is for heavy rain we will bring in a contractor to verti-drain and keep the games on."

With a limited budget, the fertiliser programme is kept to a minimum to keep the pitch healthy. "I will use conventional fertilisers, usually a 12:0:9, or sometimes I will apply a slow-release product. If we have a big game, for instance last year we had our 130th anniversary game, I will spray the pitch with iron to just green it up a bit."

In light of the current situation, renovations will be put on hold this year. "The club has just had to spend £20,000 on a new boiler, combine that with not being sure when play will resume due to Covid-19, means we will just have to monitor the finances for 2020. Last year, we applied thirty tonnes of sand, verti-drained and overseeded with Limagrain MM60 grass seed. There has not been much play so far this year and the pitch is looking great, so we should be okay." 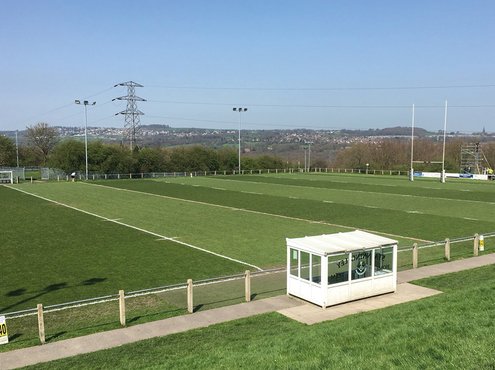 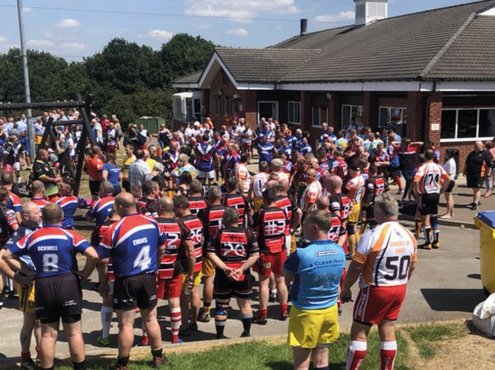 All the machinery at the club has been bought outright or purchased through pitch improvement schemes when available and is serviced annually by a local mechanic. Dan would like the funds to invest in their own Verti-Drain, but that would mean investing in a new tractor at the same time to power it.

Dan feels we need to be more forward-thinking when trying to attract a new generation of groundsmen and greenkeepers into sports turf. "I've been lucky enough to be looked after, but obviously, that's not the case everywhere. I'm sure there are places out there where you are not treated as well. I don't really have the answers on how we attract younger people. Still, before I left school, I wouldn't have thought of going into groundsmanship as it wasn't represented on open days. It was my grandad's influence and getting me involved in growing veg that got me interested. I think many people who are in the industry today fell into it in the same way. The GMA has now started a campaign to keep our profession thriving and to attract new people, so hopefully this can be successful."