0 Delegation can supercharge your career

Trainer and Conference Speaker Frank Newberry believes that you can supercharge your own career and the careers of others with delegation. If you personally want to avoid your career being 'plateaued' - then delegation can really help. Frank defines his terms, identifies the key players in your personal delegation equation and suggests a starting point - if you do not already have one. 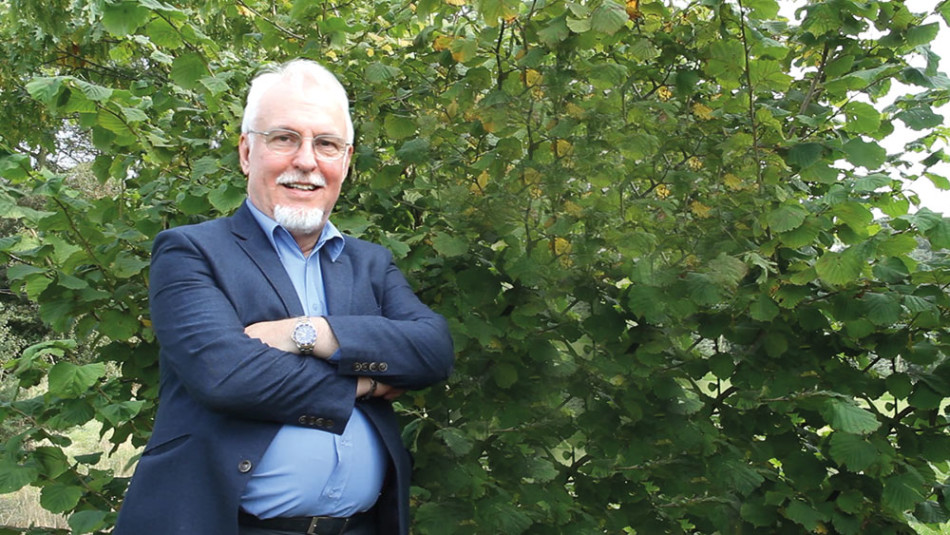 I personally would define the term 'delegation' as being when higher level work or tasks are being passed down to be done by a person at a lower level. All the while, the boss or the person doing the delegating retains responsibilty for the quality and quantity of the work being done.

They get the credit for a job well done; they get the blame if the work is done poorly. If however, the responsibilty for the work is also being passed down - that for me would be 'devolution' not delegation. Done successfully, devolution could result in changes to job descriptions and even some pay adjustments.

Now, if the work being passed down is appropriate to the lower level anyway - then that would be 'distribution'. If the person delegating work only passes down boring, dirty or repetitive jobs - that would be 'dumping.'

Key players in your delegation equation

To avoid your career being plateaued early, you could begin with the three key players in your delegation equation. The three people are YOU, your BOSS and a COLLEAGUE to whom you can delegate some of your work. The key dependencies that need to be in place are:

3. Finally, to make space in your work schedule - you will need to find a lower level colleague who is willing to widen their range of duties to include some of your work.

The key here is not to wait and see - but to make the first move and get the ball rolling. If anyone says 'no', or 'I don't know', then a starting point might be you suggesting you could all do it for a 'trial period' - 'see how we get on' - before a final decision is made.

The new arrangements will involve you in deploying at least four different leadership approaches or styles, these are the directing style, the coaching style, the supporting style and the delegating style.

There is no one perfect leadership style 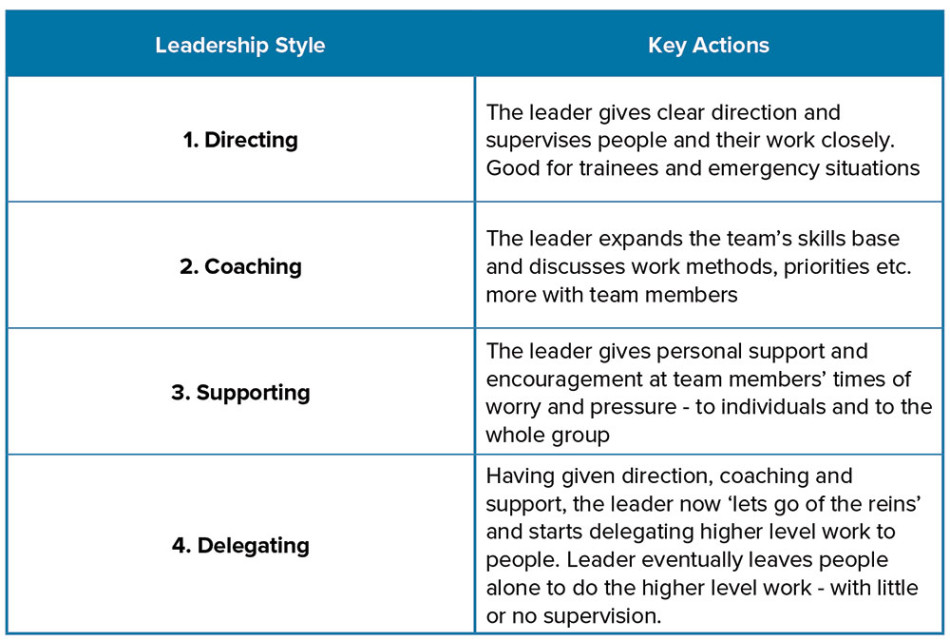 Situational leadership had been proven to work

Becoming competent in each style and being able to adopt the right style, or combination of styles, to a range of situations at work resulted in leaders being able to get the best out of work teams. So far, so good. Hersey and Blanchard's work was a success all over the globe. Situational leadership had been proven to work.

Now, I have been testing people in the turfcare sector against this model for over thirty years and I have to report that supervisors and managers in the sector do not do well at delegating. Some do, most do not.

Turfcare sector people have their preferences as far as leadership styles are concerned. Ideally, every supervisor or manager in the sector would be equally good at giving direction as s/he is at coaching people. They would be just as good at being supportive of individuals

as they are at delegating to people. However, let me share my findings of the last thirty years:

Leadership style and its popularity in the turfcare sector:

Coaching style: Most popular among turfcare people - by a good margin. Turfcare supervisors 'coach' too much?

Now, I have heard many excuses or reasons given to account for these low delegation style preferences. Reasons given include the following:

I cannot delegate much because:

Now colluding with one or more of the ten reasons above is a good way of trapping yourself at the supervisory level - as opposed to being a manager of supervisors. Relevant questions for supervisors or managers might be:

(For more information on Succession Plans - check out my 2015 article 'Who is Getting Your Job?'.

Five questions for people who want to do higher level work

Until next time then, I wish you well with avoiding a career plateau, and getting or giving others the delegation that will raise the standard of leadership and delegation in the turfcare sector.

Frank Newberry has been helping people in the turfcare sector to get better results for over thirty years. His clients include the ATP Ireland, BIGGA, the GMA and Sampson Training Solutions. If you are new to supervision and delegation, or if you are an old hand looking to take your performance to the next level - just contact Frank by e-mail or by telephone via the contact tab of his personal website which is at www.franknewberry.com