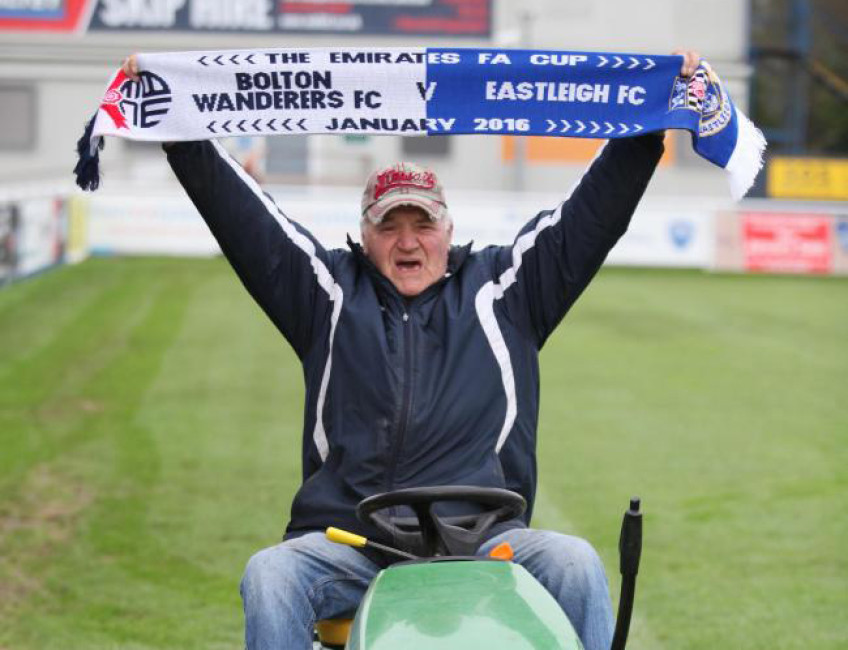 A huge fan, who travelled the length and breadth of the country following the Spitfires, he passed away at home surrounded by his family.

Tony had been involved in the club for many years, including more than a decade as a dedicated groundsman who always turned out a great pitch.

After retiring, Tony remained in and around the club as part of the Last of the Summer Wine group doing voluntary work. Over the last couple of years, as his health deteriorated, he joined the Merlin's table and watched games from the Executive Club.

Tony was very proud of his grandson, Brett Williams, who played for the Spitfires early in his career.

During Eastleigh's end of season awards in 2019, Tony received the Derik Brooks lifetime dedication award for his services to the club.

Spitfires players honoured Tony with a minute's silence prior to their Hampshire Senior Cup clash with Saints B last week.