Eric Trump, son of US President Donald Trump and responsible for the Trump Organisation's golf courses, has officially opened the King Robert the Bruce course at the Trump Turnberry resort in Ayrshire, Scotland. 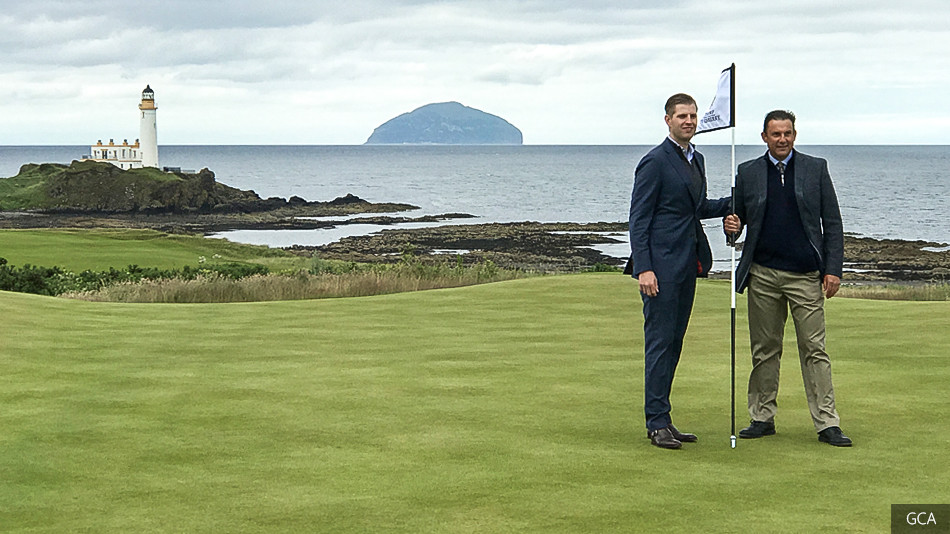 The new course is a substantial renovation of Turnberry's second course, the Kintyre, by golf course architect Martin Ebert, who was also responsible for the 2016 renovation of the resort's Ailsa course.

"I truly think it will go down as one of the best courses anywhere," said Trump, in a presentation to guests before a ribbon-cutting ceremony on the eighth hole of the new course. "It will stand side by side with the famous Ailsa." 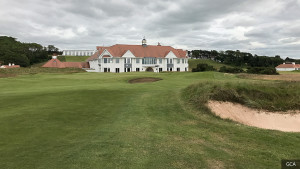 Ebert explained how they wanted to improve the character of the second course, and this has been achieved with changes made on all the existing holes and the creation of four new holes.

Those new holes, eight to eleven, are located at the far end of the King Robert the Bruce course, on top of Bain's Hill, with views across the coastline and out to Ailsa Craig and the Isle of Arran.

The new eighth hole is a par five that plays towards the Turnberry Lighthouse, to a skyline green situated on the hill that overlooks the eleventh green and twelfth tee of the Ailsa course. Golfers then turn back to play the ninth hole which plays directly along the coastline, in the opposite direction to the previous ninth. The dramatic second shot plays over a rocky chasm where the eighth green was previously sited, now replaced with a sandy waste area.

The tenth is a new par three heading back inland and the eleventh, a par five, plays alongside the eighth, with the lighthouse providing the target line from the tee, and the hole taking golfers back down to the lower ground at the base of the hill.

In addition to the four new holes, notable changes to the course include a new wetland between the fifth and thirteenth holes, which "will become a haven for wildlife as it matures," explains Ebert. "The wetland will also provide a beautiful visual feature as well as offering a strategic playing challenge for both holes." 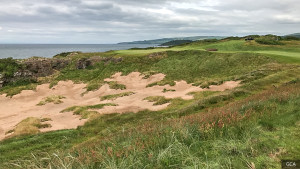 The project has also seen the introduction of sandy waste areas on holes such as the second and the new ninth and tenth. Some of the gorse that lined fairways has been removed, and some trees have been felled to open up views from Bain's Hill. The burn has been removed from the first hole, with golfers now having to navigate two bunkers in the centre of the fairway on their approach shots. The green on the par five eighteenth hole has been lowered, making it more receptive to different types of approach shot.

Bunker work has been done throughout the course. Fairway bunkers are now all rugged, and fringed with marram grass, whereas all greenside bunkers are revetted. All construction work was handled by SOL Golf.

"It's been an honour to work on this project," said Ebert.

"The location of the links at Turnberry, right on such a tremendously rugged coastline, really elevates the playing experience for the golfer and heightens the challenges laid out in front of them."