0 Getting Personal with Jason Connaughton

Jason Connaughton - he's not a Katie Hopkins fan. But, is anyone? 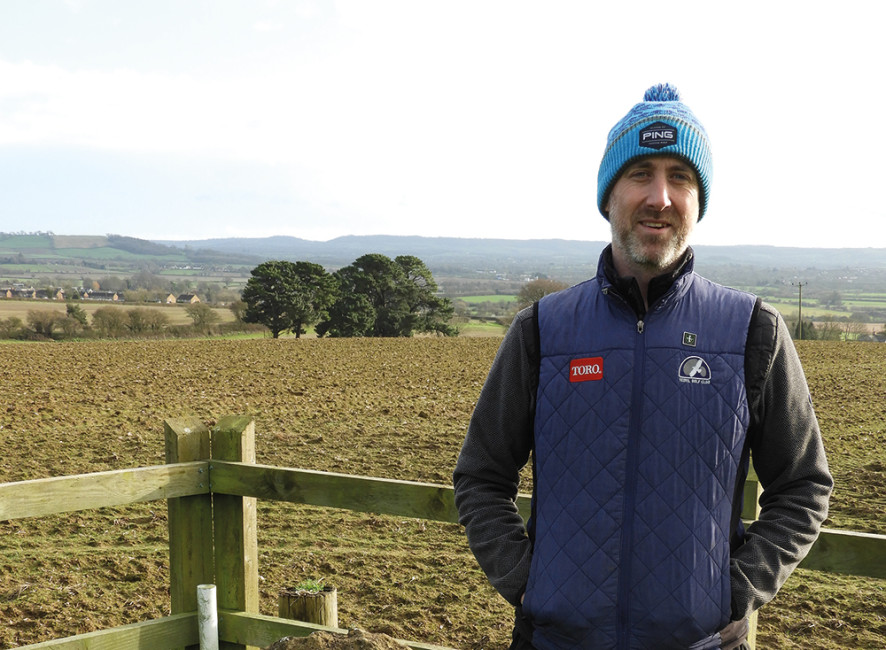 Who are you? Jason Connaughton, Course Manager at Yeovil Golf Club.

Who's your hero and why? I have two heroes. My dad Jody, who is currently winning his fight with stage 4 cancer; I haven't heard him complain about it once! And my wife Andrea. She gave everything up to bring up our two boys and she's doing an incredible job.

What's been the highlight of your grounds career so far? Getting to the point that I'm at now. Hopefully, something tops that in the future.

If your younger self saw you now, what would he think? You need to get to the gym.

Which famous people wind you up? Katie Hopkins.

What job would you love, other than your own? Motorsport engineering.

What is your favourite film? Shawshank Redemption.

What was the most embarrassing moment in your life? At a job interview, finding out that my mother in law had decided to call the golf club a few days before to try and seal the deal!

What scares you? Having a daughter.

What is your favourite sport? Golf.

What would you cast into Room 101? Katie Hopkins.

Which historical time and place would you most like to visit? I'd love to go back and see the Roman Empire in full flow.

Do you have a lifetime ambition? To hopefully go to the Masters.

Which three people, living or dead, would you invite to a dinner party? Milligan, Cleese and Everett.

What's the best advice you have ever been given? Enjoy what you do, and you will never work a day in your life.

What's your favourite piece of trivia? A snail can sleep for three years.

Which three albums would you take to a desert island? Stevie Wonder: Songs in the Key of Life, Jordan Rakei; Cloak and Jurassic 5; Power in Numbers.

What's the daftest work-related question you have ever been asked? What temperature does the greens iron actually get up to?!

What's your favourite piece of kit? Toro ProCore 648 and the moisture meter.

What three words would you use to describe yourself? Patient, kind and loyal.

What is the single most useful thing you could tell a 16-year-old groundsperson/greenkeeper? Get yourself out there. Volunteer for events and talk to others in the industry. You never know what might come of it.

What law/legislation would you like to see introduced? Better control on benefit fraud.