0 Getting Personal with Matthew Robbins 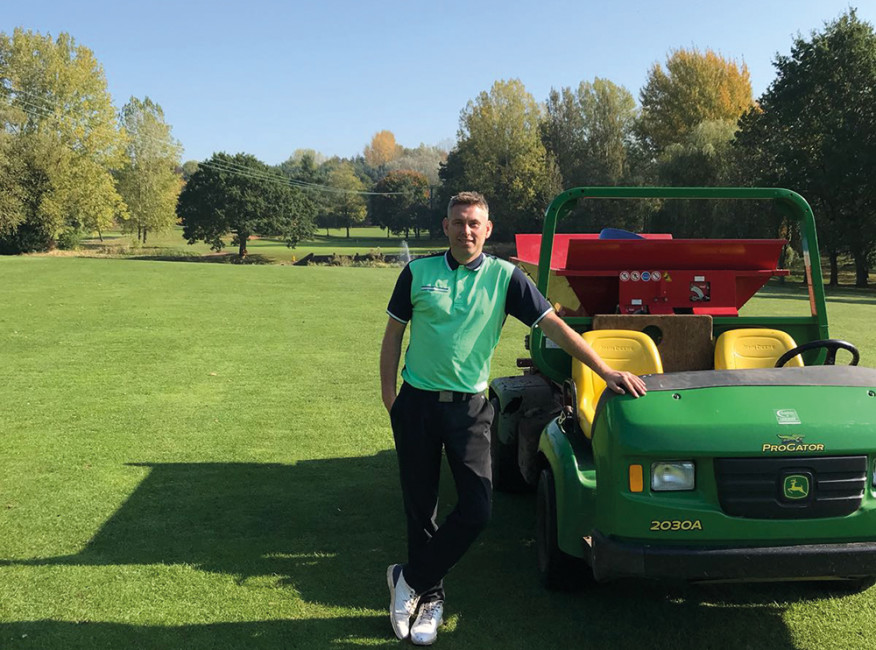 Who are you? Matthew Robbins, Head of Golf at Telford Hotel and Golf Resort.

Who's your hero and why? Duncan Ferguson (Everton striker).

What's been the highlight of your grounds career so far? It's ongoing. Every time the course looks amazing for a ProAm or something.

If your younger self saw you now, what would he think? Fool.

Which famous people wind you up? Anybody who's famous for reality TV.

What job would you love, other than your own? Any sporting profession. Or a rock star.

A wasp lands on your arm - what do you do? Swat it.

If you could domesticate any animal, which would you choose as a pet? A monkey.

What was the most embarrassing moment in your life? I had a job interview when I was young and completely froze. Couldn't speak.

What scares you? Death.

What would your autobiography be called… and who would play you in the film? The book would be called 'God', and I would be played by God.

What would you cast into Room 101? Reality TV.

Which historical time and place would you most like to visit? I was very lucky to grow up in the '90s - a fantastic decade. I also like the sound of the '60s. Location-wise… I'm desperate to travel Route 66.

Do you have a lifetime ambition? To see my children grow up healthy and happy.

Which three people, living or dead, would you invite to a dinner party? Liam Gallagher. Duncan Ferguson. Nelson Mandela.

What's the best advice you have ever been given? To be open-minded and listen to both sides.

What's your favourite piece of trivia? I was in a tie-break in a pub quiz and completely lucked out with my perfect guess. "When was the first bra invented?" --- "1912."

Which three songs would you take to a desert island? Same as at my funeral: Live Forever by Oasis; Theme from Only Fools and Horses; Theme from Z-Cars, which plays when Everton FC walk out of the tunnel.

What's the daftest work-related question you have ever been asked? "Do you have to cut the grass more than once per week?"

What's your favourite piece of kit? Our multi-cassette, vehicle-mounted attachment.

What three words would you use to describe yourself? Fun. Loyal. Honest.

Finally, what is the single most useful thing you could tell a 16-year-old groundsperson/greenkeeper? I feel it's hard to tell someone without experience of both good and bad how to appreciate how good they have it. If I could though, I'd convince them to appreciate what they've got and be grateful they're doing the job.