0 Getting Personal with Richard Lord

Richard Lord - he has a very good piece of advice and a cat! 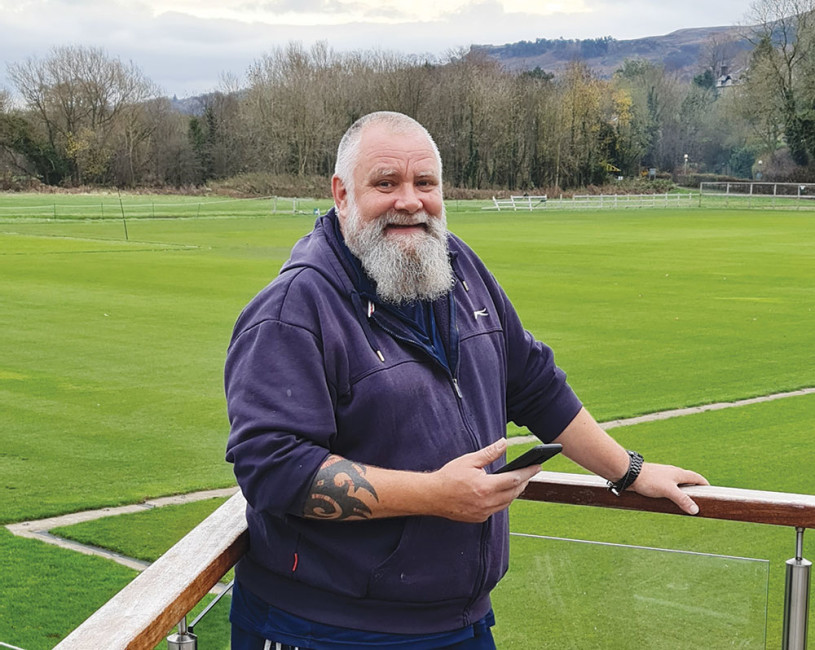 Who are you? Richard Lord, 49 years young and a cat owner, Head Groundsman of Ilkley Lawn Tennis and Squash Club, Est. 1880. I was born in Pudsey, moved to Leyland, Lancashire then onto Victoria BC on Vancouver Island. In 1981, I moved back to England and Burley-In-Wharfedale.

Who's your hero and why? Can't say i have a hero.

What's been the highlight of your grounds career so far? The end result of hard work and teamwork in getting ready for our Ilkley Trophy tournaments. Then, seeing all the players that did well at Ilkley go on and have a good run at Wimbledon.

If your younger self saw you now, what would he think? Nice beard!

Which famous people wind you up? Most of them - when they complain about how tough life is.

What job would you love, other than your own? Top Gear test driver ... come to think of it, any test driver really.

What was the most embarrassing moment in your life? Running up to a woman when I was a young kid at the seaside and giving her a hug from behind as i thought it was my Nana ... and then realising it wasn't.

What is your favourite film? One Flew Over The Cuckoo's Nest.

What scares you? Not so keen on spiders - the big ones.

What would your autobiography be called… and who would play you in the film? The Lords Life, Russell Crowe.

What's the best advice you have ever been given? Unplug it before you fix it.

What would you cast into Room 101? Racism.

Which historical time and place would you most like to visit? Egyptian era, to see how the pyramids were actually built.

Do you have a lifetime ambition? Not really.

Which three people, living or dead, would you invite to a dinner party? Morgan Freeman, Robin Williams and Michael Caine.

What is your favourite sport? Formula 1.

What's your favourite piece of trivia? Can't think of any.

Which three albums would you take to a desert island? Nizlopi - Half These Songs Are About You, Paulo Nutini - Sunny Side Up and John Newman - Tribute.

What's the daftest work-related question you have ever been asked? To get the stripes on the grass, are they cut at different heights? Asked by a tennis coach.

What's your favourite piece of kit? The Elephant's Trunk when hedgecutting, takes all the weight away from the machine; priceless.

What three words would you use to describe yourself? Pragmatic, fastidious and helpful.

What is the single most useful thing you could tell a 16-year-old groundsperson? Don't be afraid to ask if you do not understand.

What talent would you like to have? To play the saxophone.

What law/legislation would you like to see introduced? Legalise cannabis.