Andy Ewence - we like his new legislation - but there wouldn't be enough air time! 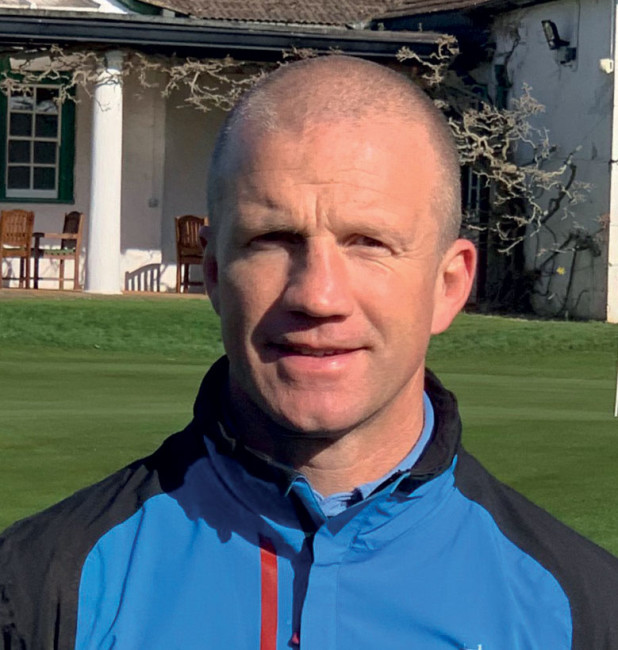 Who are you? Andy Ewence. Course Manager at Woking Golf Club.

Who's your hero and why? My mum and dad who have always been there for me.

What's been the highlight of your career so far? Two things. The grow-in of The Buckingham golf course and then hosting four ladies' European Masters there.

If your younger self saw you now, what would he think? Well done, I'd be happy where I've reached.

Which famous people wind you up? So-called second-rate celebrity influencers!

What job would you love, other than your own? Any job that involved working outdoors!

What was the most embarrassing moment in your life? Turning up to an interview with a black eye (in my younger days I was a keen amateur boxer).

What is your favourite film? Goodfellas.

What scares you? Water! I'm not a great swimmer so anything to do with the sea/lakes etc. I'm not good with!

What would your autobiography be called - and who would play you in the film? Straight talking played by Jason Stratham.

What is your favourite sport? Football (Arsenal fan).

What would you cast into room 101? Mushroom soup! (Very quickly answered)!

Which historical time and place would you most like to visit? The time when the Vikings first invaded Britain in AD 793 up to the last invasion around AD 1066

Do you have a lifetime ambition? To try and be the best I can be (to be a good all-rounder).

Which three people, living or dead, would you invite to a dinner party? David Attenborough, Tom Hanks and Chris Eubank!

What's the best advice you have ever been given? Get into a trade early and stick at it.

What's your favourite piece of trivia? The one and only mammal which lays eggs is called a Duck Billed Platypus!

Which three albums would you take to a desert island? Foo Fighters - Essential, Lenny Kravitz - Greatest hits plus any 90s dance or rave compilation album.

What's the daftest work-related question you have ever been asked? Why can't we have the same underfloor heating in the greens as I have in my new kitchen?

What three words best describes yourself? Firm but fair.

What is the single most useful thing you could tell a 16-year-old greenkeeper? Greenkeeping allows you to travel the globe so take as much advantage of that as possible.

What talent would you like to have? I'd like to learn how to play the drums better.

What law/legislation would you like to see introduced? Politicians who are found to have lied must confess live on TV and answer to the public!