by Sam Wallace
in Synthetics and Football
on 26 Oct 2019

What happens to a 3G artificial football pitch after the millions of hours of studs and blades passing over it - turning, twisting, shooting and running - finally render these giant mats of plastic yarn, full of sand and shredded tyres, useless as a playing surface? In Norway, the answer came as a shock.

The broadcaster TV2 launched an investigation this year when piles of 3G pitches were found dumped in the wild in the northern parts of the country, in marshes and woodlands. There was uproar, especially as the pitches were traced back to local authorities which had paid for them to be removed and recycled by what they believed were reputable waste disposal companies.

In the district of Bodø, north of the Arctic Circle, they paid for a pitch to be replaced whereupon the contractor shipped the old turf over the border illegally and eventually sold it second-hand to a small Croatian club. There, the faulty pitch began to disintegrate almost as soon as it was laid.

The contractors had been paid at both ends of the transaction. What remained was around 7,000 square metres of unrecycled waste - plastic, sand, rubber - that no-one wanted.

The 3G turf industry is booming. The European Chemical Agency ruling in 2017 that set standards for the rubber crumb used as infill - the 20,000 shredded tyres on every 3G pitch - meant the industry was at last ready to move forward in a huge expansion.

It is estimated that in 2017 global growth in demand for artificial turf increased almost 17 per cent to around 230 million square metres - enough to cover an area the size of Bristol with offcuts equivalent to Brighton and Hove. The industry is expected to be worth more than €3 billion by 2021, and where there's muck, there's brass.

Or rather, for bucks think grass - of the plastic, all-weather variety. The problem that Norway has encountered, and others like Holland where the 3G revolution is in full swing, is what happens at the end of the life cycle of these pitches. 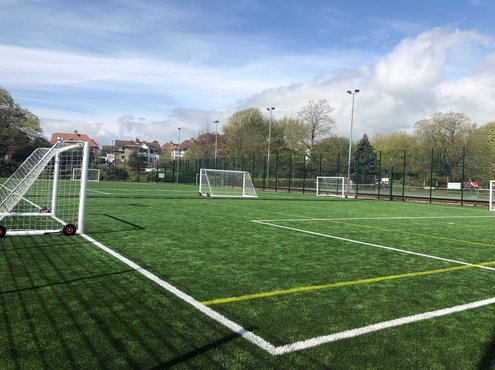 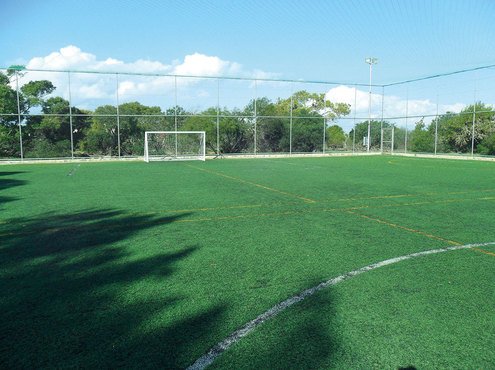 Depending on intensity of usage they yield 90 million hours of play over eight to ten years - naturally the lifespans of those with floodlights tend to be shorter. In England there are 3,945 pitches in public and private ownership of which 1,200 are full size, and the Football Association and Premier League, through the charity the Football Foundation, are planning to build many more.

The tender closed this month: 400 pitches built over four years with contracts due to be awarded in January. The majority will be new but some will be re-laid and in time all will have to be replaced.

What happens to the artificial turf when it is rolled up and taken away? The FA is clear that the responsibility lies with contractors and those who seek to be its partners on the new 3G expansion must prove that they have the necessary licenses to dispose of these pitches.

The FA says that it has a contract "with chosen providers and contractors to ensure that it is a legal requirement for all 3G pitches to be disposed of responsibly". It requests written details of the process of disposal and while it is not the only institution in this country that will face this issue over coming years, it is the most high-profile.

The question is what becomes of these pitches which, under European Union law, are considered waste from the moment that they are lifted at the end of their life cycle. There are companies in the United Kingdom which offer disposal services of 3G pitches but none with a strategy for recycling them once they have been removed and taken away. 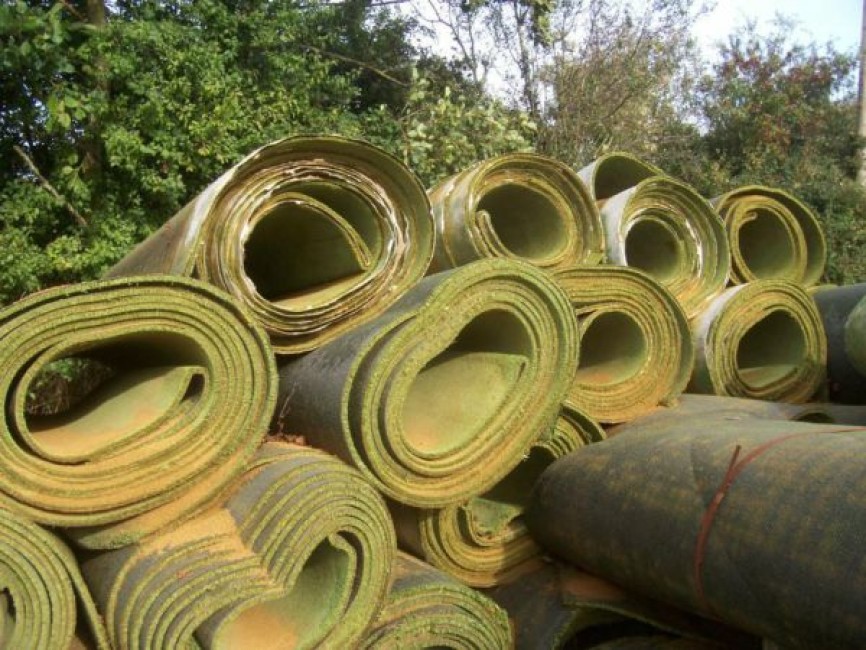 The supply far outstrips the demand, but even that miniscule re-usage does not solve the problem of what happens when the end-user no longer needs the turf. The Danish company Re-Match claims to run the only plant in Europe capable of separating and recycling the constituent parts of 3G pitches, with their processes endorsed under the EU's environmental technology verification system (ETV).

Its founder Dennis Andersen is tendering for the FA contract and wants to build a plant in the UK. He has been an outspoken critic of the lack of commitment among government and sports bodies to commit to real artificial turf recycling.

He says that the FA tender does not go far enough. "I don't see many people taking real responsibility for what they are putting out there," he says.

"They have strict criteria for how the field should look and perform when it is laid but what they do not specify is what will happen with the old turf when it needs to be replaced."

It is his suspicion that if recycling was mandatory then Re-Match, with several patents in turf recycling, would be in a very strong position - hence the resistance. Two further contractors are also understood to be tendering for the FA contract - one a tyre recycler, and the other a concrete manufacturer.

Depending on the specifics of an artificial turf installation, Re-Match charge around €30,000 to recycle a single pitch which they claim is cheaper than landfill. Either way, this is a lucrative business.

There are 4,853 pitches in the UK alone, and the optimum outcome is a recycling process that means the yarn, rubber and sand can be re-used in new surfaces. The FA and the Premier League, with their partners in rugby at the RFU and England Hockey, have committed to a vast expansion of artificial pitches - which represent the future, as they see it, of grassroots sport.

But what about the future of the grassroots themselves - those giant plastic mats that will have to be torn up decade after decade? As the Norwegian TV2 pointed out, one artificial pitch alone is the equivalent of 1.4 million plastic bags.

Was there ever a worse-enforced ban than the one that UEFA and Tottenham Hotspur tried and failed to impose on the supporters of Red Star Belgrade for their Champions League away fixture at Spurs on Tuesday night? The governing body and Spurs have reacted with general bewilderment at the presence of more than 200 Red Star fans at the stadium despite a ban on them attending after racist chants in July.

"Red Star supporters illegally obtained individual tickets on Level 5 and made their way around to one section of the stadium in order to congregate as a group," Spurs said later. The group was judged too big to eject so they were allowed to continue singing throughout, in utter contempt. To recap, 200 travelling supporters managed to buy tickets and congregate without being stopped. A dozen might be understandable - but 200? It begs the question what was really going on with ticketing beforehand and then at the stadium on matchday.