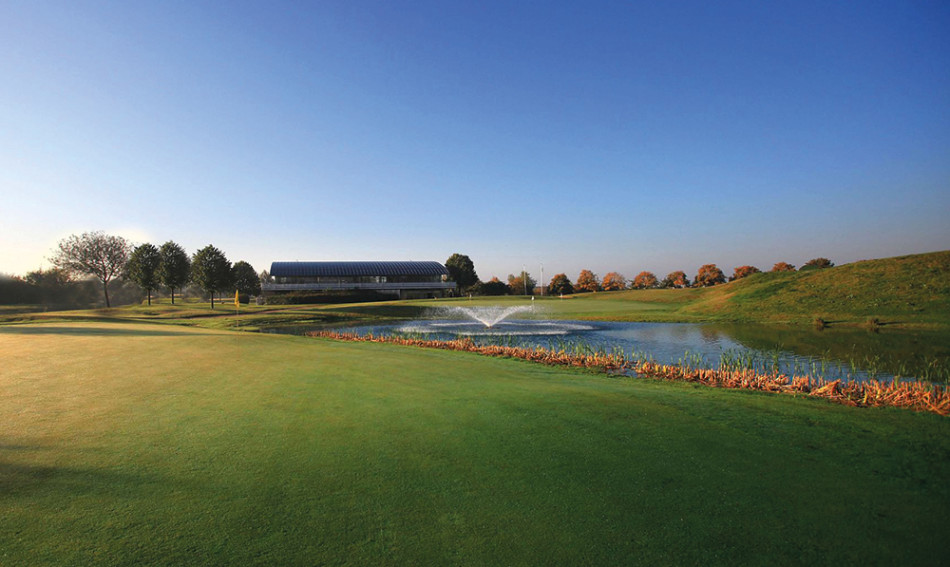 On a very windy and wet day, I head towards the club's modern looking clubhouse, tucked away in the corner of a large business park, which overlooks the 18th green and lake, where I'm given a warm welcome from both Gary Ivory and Martin Venner.

Gary has been at the club since the start of July 2018 and took over as General Manager in August with the task of improving the club's appeal and increasing revenue. "When I took over, I saw the way the course was set up, we weren't getting the best out of it in many ways. At the end of July 2018, we employed Martin to help improve the course's overall appearance in a bid to attract new members and green fees, and we have certainly seen a steady increase."

Gary has been involved in golf management and operations for the past twenty-five years and worked for several proprietary and members golf clubs. He has worked with many greenkeepers and believes it's essential to work closely and understand their needs to help a golf club progress.

The emphasis is on Gary and Martin to work on the solid foundations the course is built on, to get it back to where it once was, hosting European Senior and Challenge tour events. Gary explains, "The course was built on land regeneration and a lot of money was invested into it when it was first built; thirty miles of drainage installed, a full irrigation system and USGA spec greens, so all the infrastructure is there. The layout of the holes is absolutely amazing and it's a proper tournament golf course - you could be fooled into thinking you're at a top golfing venue particularly on the back nine. However, we are being realistic on the course condition and decided it should always be at a level of seven out of ten in its presentation. It's all about consistency and making improvements as we go along, with the budgets we have available to us. When the time is right, and when the money is rolling in, we will look at the next steps to help improve the course further." 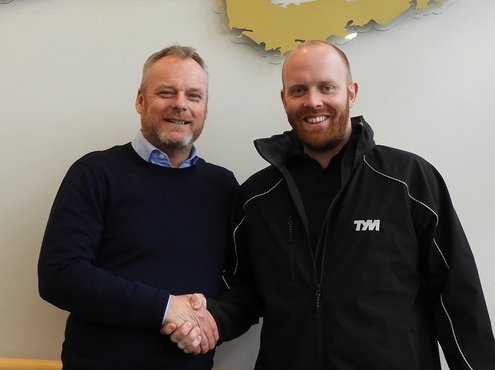 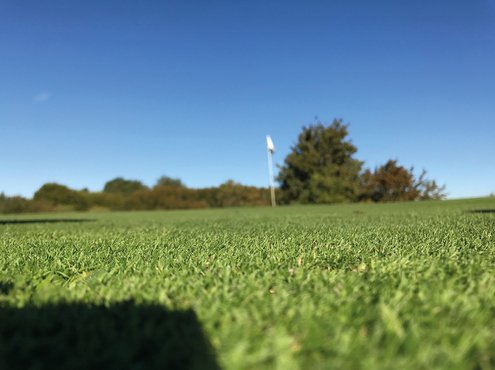 When Martin first joined the club, he had a big challenge on his hands, which many people may have just walked away from. "The greens were in a poor state and had disease. Fairways were pitted, dry and suffering from the heatwave with hardly any grass cover." Gary added: "Unfortunately, if no maintenance plan is being adhered to, things can go downhill quickly; there was no definition of cut and the tees hadn't even been divoted. There was no attention to detail, lack of joined-up thinking all of which had hit our bottom-line money wise."

Martin now has a proper structure in place for the layout of the course and has worked closely with Martyn Parish from Maxwell Amenity Ltd, who has provided sound agronomic advice and a comprehensive nutritional programme. Gary is more than happy with what they have achieved so far. "It's been quite a difficult start with the weather conditions, alongside all the other things we have had to be put right, but we are getting there. The difference between the greens now, to what they were in the summer, is chalk and cheese - the grass looks healthy, they're free from disease and they're rolling nicely. Good greenkeeping practices and hard work from Martin, along with his passion and vision for things, has certainly changed the course."

Martin talks me through his current fertiliser regime for the greens. "Soil samples were taken from the greens by Martyn Parish and, once the results came back, a programme was put together which included: Turf Hardener 20L/Ha, Maxwell Bullet Phosphite 5L/Ha, Maxwell Bullet Chelated Iron 20L/Ha, fungicides: Medallion TL, Instrata Elite Turf Disease Control and ICL H2Pro DewSmart. Martyn has really hit the mark and helped us all the way through it. When things weren't going quite right, and I was questioning myself, he was a shoulder to lean on. In the coming months, we will carry on with the programme using ICL Greenmaster Pro-Lite Cold Start 11:5:5, SeaAction Liquid Seaweed 10L/Ha, BioMass Sugar 20L/Ha, HumiMax 6L/Ha, Green solutions 15:0:6 40LHa and ICL Primo Maxx II at 0.2-0.4L/Ha."

Martin first got into the industry through his brother, who was a greenkeeper at Stockley Park. "I was working in carpentry with MDF and it wasn't the greatest for my health, so I decided it was time to move on. Luckily, I knew the Course Manager here and he gave me the chance to be an Apprentice Greenkeeper before working my through the ranks over the next ten years to become First Assistant. I had a brief time away from the club when I left to join QPR as a groundsman but, unfortunately, that didn't work out and I left after six weeks. From there, I ended up working in landscape gardening for twelve months, until my brother-in-law set up his own groundwork firm where I worked for two years before the work dried up. It was a varied four years, where I had totally come away from the industry and I really missed it. I received a phone call from the club to come back as Head Greenkeeper, to work alongside Gary and help them achieve their future goals."

Martin has taken it upon himself, along with the help of his dad and using the skills he learned in previous job roles, to take on the task of remodelling the first hole which will reduce contracting costs greatly. "Historically, the first hole was infilled, leaving stones on the surface and limited grass cover, making it unplayable. The hole currently has a temporary tee, which is in a bad state of repair from where you play directly onto the green."

Gary adds: "Martin and I sat down and designed a hole from scratch. We took some inspiration from Berkhamsted Golf Club, using the contours of the land, grass bunkers, putting a water hazard in there and a dogleg as well. This has been our first major project here and we are now at the point where we have reshaped the fairway, turned it over, stone buried it, carried out 200 metres of drainage work, and we now just await a contractor to come in and do a final stone bury and then overseed it. Once it's back open for play in June/July, it will be a massive achievement for us." 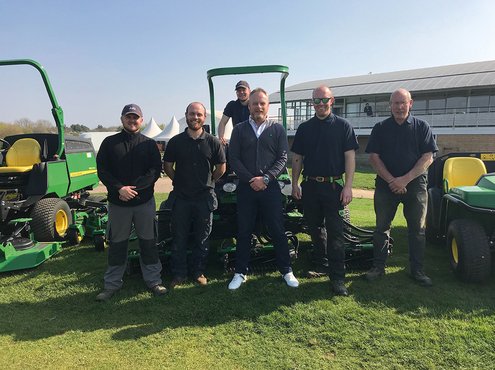 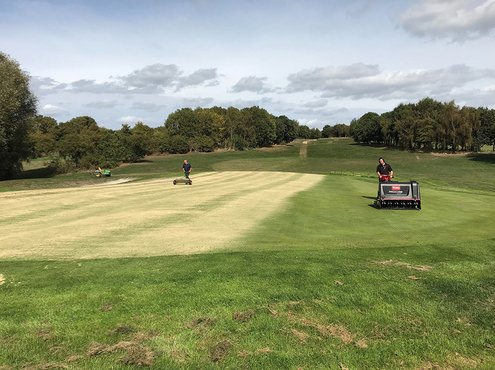 The club recently invested heavily in new machinery which arrived at the end of March. Gary explains: "We signed a five-year lease agreement with Farol Ltd for new John Deere equipment. The old machinery we had limited what Martin was able to achieve, so the new equipment will help the presentation of the course and enable us to get that much wanted definition between the rough, fairways and surrounds. It's all about having a vision for the course and, luckily, we all (including the clubs Directors) share the same end goal."

There are currently five full-time greenkeepers, including Martin, and Gary tells me they are doing a great job. But, they have struggled to bring in staff. "We try to get qualified people here, but the industry has stagnated, and people don't want to leave their current positions due to job insecurity." Martin interjects, "We had some interest but, with it being just before Christmas, we struggled. This is when we decided to invest in what could be the new generation of greenkeepers and took on to two apprentices who are both doing well." Gary believes it's been a blessing in disguise. "We now have two young lads who are keen, want to learn and don't come here with any preconceptions. They have a 'can-do' attitude and want to do things well, whether that be strimming around trees, raking bunkers, clearing ditches etc., and they are enjoying it." 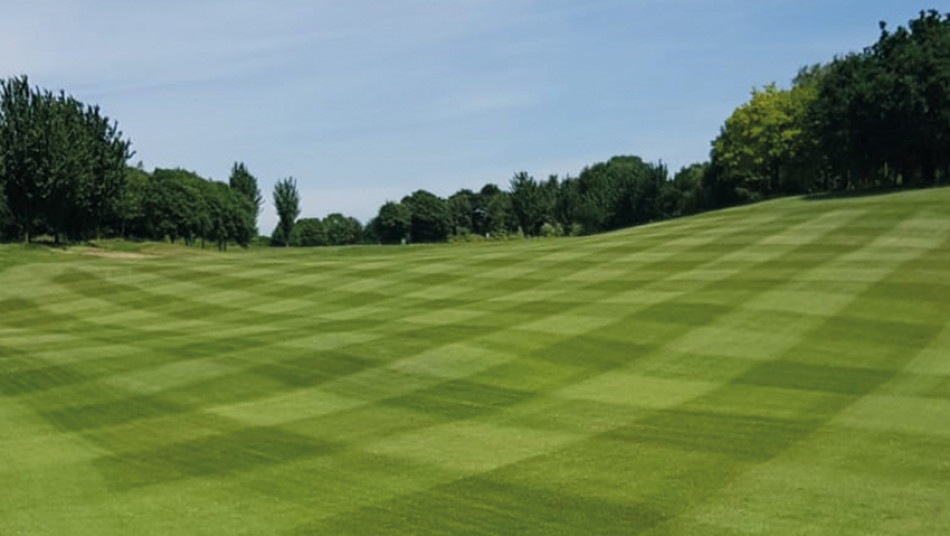 I asked Gary how he would attract young people into the industry, and what is the key to keeping them interested in the job. "The biggest thing is that, when people go into a greenkeeping department, there is a misconception about what is involved. It's sometimes seen as a dead-end job and not a career, and that has not been explained to young people. In some instances, when a young apprentice joins a club, they are given all the less attractive jobs, the jobs that no one wants to do. I understand you must start somewhere, but there is no progression set out to them from the start."

"There are still too many people out there who have entrenched ideas of what the industry is and don't give youngsters any insight. We need to expose them to everything as quickly as we can; give them a plan of their progression and set goals to achieve whilst going through their apprenticeship. We want to think they will give us their all in the two years they are with us. We will support them the best we can but, at the end of the apprenticeship, it's our intention for them to stay with us and become qualified assistant greenkeepers. Equally, we won't stand in their way if they want to move on knowing we have done everything we can to help there career going forward."

After speaking with both Gary and Martin, I believe the club is in good hands. It was clear to see they have a good working relationship and share the same beliefs and passion. I also admire the fact they are willing to take a chance on apprentices, work with them on their development and share the vast amount of knowledge they both have to shape the future of our industry. 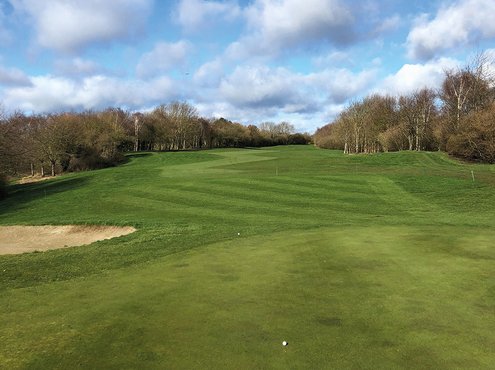 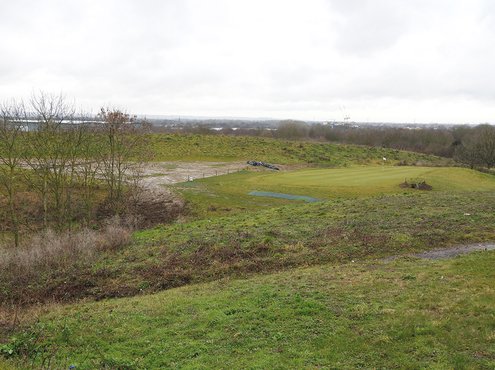